Municipalities across Japan have been offering a range of novel financial aid schemes to help those engaged in cultural and artistic activities ride out the coronavirus pandemic.

While the sector is usually considered low priority for public support, it has been particularly hard hit by social distancing steps to thwart the spread of the virus, resulting in loss of audiences, performances and customers.

The city of Kanazawa in central Japan's Ishikawa Prefecture has set aside part of its fiscal 2020 extra budget to support the training of geisha, or women who dance, sing and provide other forms of entertainment at a traditional-style Japanese party.

Other support schemes in the country range from subsidizing online streaming services as alternatives to performances at theaters or music halls, to producing an original television program which pays local artists to be featured. 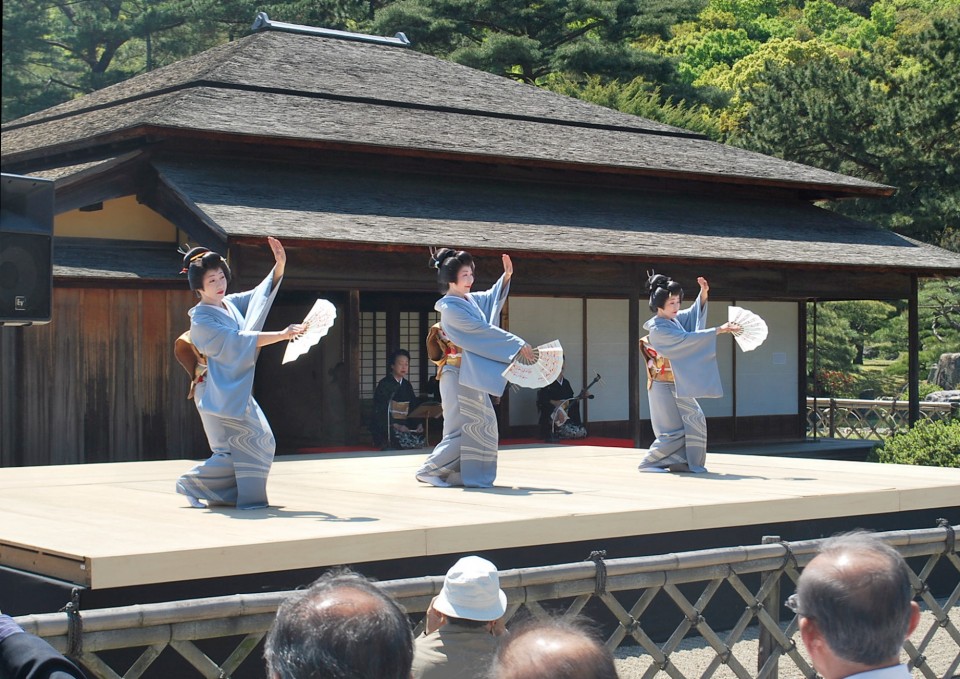 Kanazawa Geigi, or Geishas from Kanazawa, Ishikawa Prefecture, perform a dance on the stage at Ritsurin Garden, a "daimyo" feudal lord garden in Takamatsu, Kagawa Prefecture, on April 25, 2010. (Kyodo)

The Kanazawa city government has provided 240,000 yen ($2,240) each to support the training of 38 individual geishas. The municipality does not require them to submit receipts for their expenses.

Geishas in Kanazawa are "an important piece of our culture and an essential part of local tourism," a city official said. "We hope (the financial aid) will help them cultivate their art in this difficult time."

The city of Hakodate in northern Japan's Hokkaido is creating a special program on cable television network, partly financing its production costs with 5.48 million yen it allocated in its fiscal 2020 supplementary budget.

Local artists as well as chefs who appear on the show will get paid by the municipality.

Even though the emergency declaration over the virus pandemic was fully lifted in late May in Japan, theaters and auditoriums under guidelines introduced the same month are being asked to leave seats free between audience members to prevent the spread of the virus. It is unclear when audiences will be able to return to full capacity.

The central government created a scheme in its second extra budget for fiscal 2020 enacted by parliament earlier this month to offer up to 25 million yen in subsidies for online streaming services for concerts and other art performances held without audiences.

Even before the state's move, the city of Sapporo in Hokkaido and Akita Prefecture in northeastern Japan began financing free online performances without physical audiences.

Osaka Prefecture and the city of Fukuoka in southwestern Japan have been subsidizing the installation of shooting equipment and production costs for virtual shows at small music venues and theaters.

To support young artists, Aichi Prefecture in central Japan has announced a plan to increase the amount of money allocated to purchasing artwork for the Aichi Prefectural Museum of Art by 100 million yen over the next three years.

Also using donations, the Aichi government has additionally decided to grant financial aid of up to 200,000 yen each to individual artists.

The city of Tsukuba in Ibaraki Prefecture, northeast of Tokyo, has been covering commissions incurred when art or culture groups try to raise funds in crowdfunding schemes. 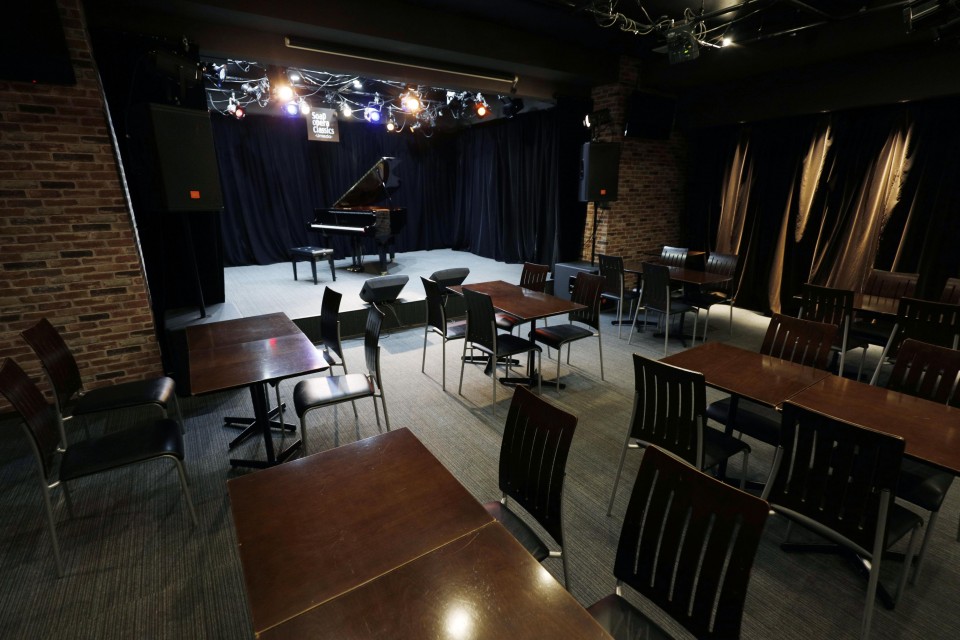 Photo taken in Osaka on May 30, 2020, shows Soap Opera Classics Umeda live music house ahead of its planned reopening on June 1, following the Osaka prefectural government's recent lifting of a business suspension request. A cluster of coronavirus cases were reported at the house. (Kyodo)

Kobe in western Japan's Hyogo Prefecture has also established a scheme in which the city will allow people donating money in the "furusato nozei" hometown tax system to specify that it be used to support the art and culture sector, with the city then matching the amount donated with money from its own coffers.

"We've received requests from donors born and raised in our city who want to support local art and culture," Kobe Mayor Kizo Hisamoto said. The hometown tax system allows people to donate to a municipality of their choice in return for gifts and certain tax exemptions.

In the fiscal 2020 second extra budget, the central government earmarked a total of 55.9 billion yen to support the art and culture sector.

Cash-strapped freelance musicians and artists are entitled to up to 200,000 yen each in aid and art or culture groups with a maximum of 20 members can receive up to 1.5 million yen to purchase items necessary to continue their activities.

The artists covered by the nationwide scheme include street performers, circus company members, disc jockeys, comedians, flower arrangers, photographers and players of the Go board game, according to the Cultural Affairs Agency. "We'd like to target almost everyone involved in arts and culture," an agency official said.

The agency plans to begin accepting applications in early July, with applicants expected to receive payments within one to two weeks.