The Japanese government's abrupt decision last week to scrap its advisory coronavirus panel drew flak from all sides of politics, but the hastiness of the decision may have given an insight into how keen the administration is to retake control of the narrative.

Yasutoshi Nishimura, the minister in charge of Japan's virus response, said on Wednesday a new entity will be created to replace the panel which has made key proposals in the nation's battle to contain the spread of the virus, including avoiding the "three Cs" -- confined and crowded places and close contact with others. 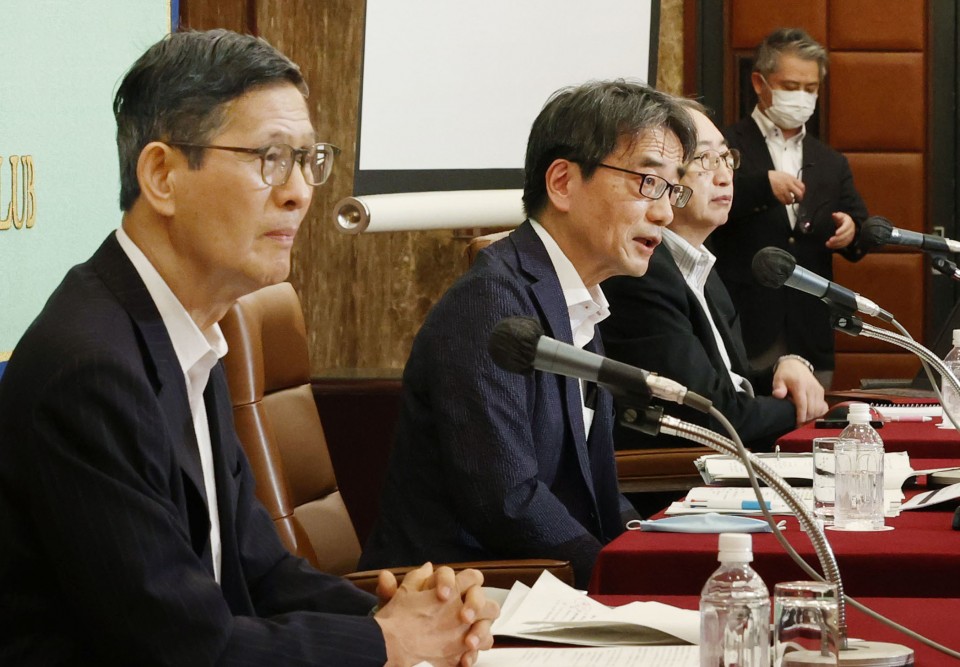 (From L) Shigeru Omi, deputy chair of a government panel on the novel coronavirus, and Takaji Wakita, chair of the panel, attend a press conference in Tokyo on June 24, 2020, amid concerns over a possible second wave of virus infections. (Kyodo)

The sudden move came after the panel requested clarification of its role and status in the wake of being criticized by some in government for making recommendations about the timeline for ending curbs on society and business.

Members of the panel said the decision to cast them aside came as a complete surprise.

In fact, when economy minister Nishimura made the announcement in front of the media, the panel was holding a separate press conference to call for its role to be redefined, with Chairman Takaji Wakita, head of the National Institute of Infectious Diseases, saying the panel seems to have given the impression that it rather than the government has been determining policy settings.

The decision to kill the panel quickly drew criticism from ruling and opposition parties alike.

"It is offensive (to my party) to scrap it without an explanation," said Michiyo Takagi of the Komeito party, the junior coalition partner of the ruling Liberal Democratic Party. She is secretary general of Komeito's task force to address the pandemic. 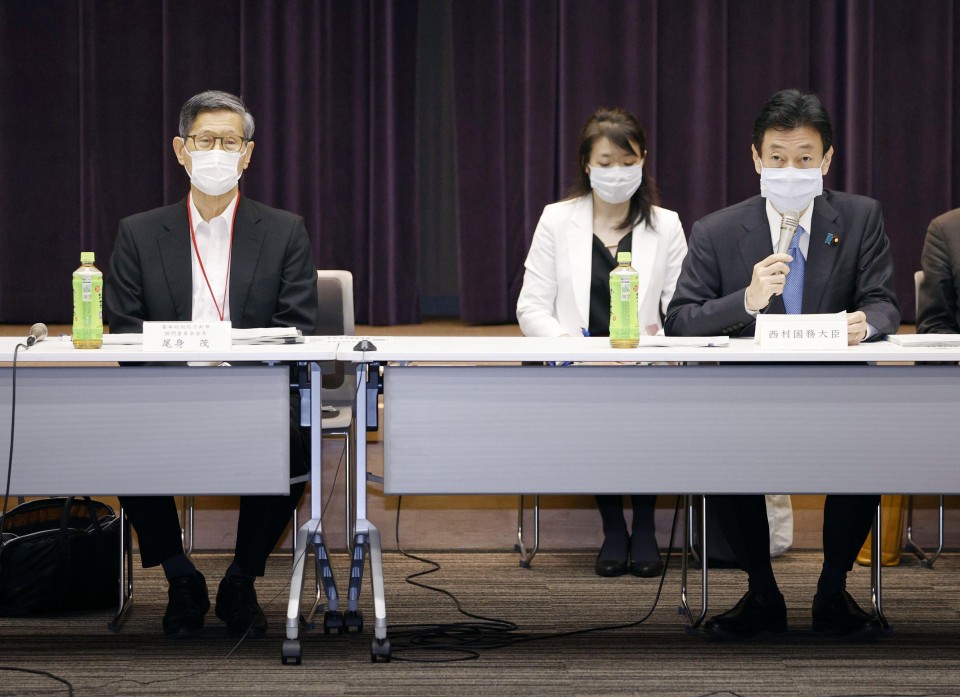 Japanese economic revitalization minister Yasutoshi Nishimura (R) speaks to the government's advisory panel on the new coronavirus in Tokyo on May 21, 2020, ahead of the planned lifting of a state of emergency for the western prefectures of Osaka, Kyoto and Hyogo. (Kyodo)

A government source shifted the blame to Nishimura, saying he "got ahead of himself" in making the announcement.

But it revealed the government's inability to maintain clear communication channels even within the ruling party and raised questions about its capability to respond to any potential second wave of infections.

An LDP lawmaker involved in efforts to contain the virus said the expert panel "has gradually become a presence that makes (the government) uncomfortable," adding that the once close relationship soured as the extent of the economic impact of the virus became clearer, despite a waning in the spread of infections.

The panel has made a slew of key proposals to both the government and the public, to some extent demonstrating how slow the government has been in comparison.

Some panel members even considered making their proposals public in case the government did not approve and implement them.

The panel was wary of rolling back requests that the public stay home and that businesses suspend operations, while Prime Minister Shinzo Abe's office was seeking to strike a balance between restarting economic activity and maintaining virus-constraining measures.

In May, when the state of emergency withdrawal was a hot topic, a government member was irked by the panel's cautious attitude, saying, "It is the job of politicians to make decisions for the whole, including for the economy."

Atsuo Kishimoto, an Osaka University professor specializing in risk management, said the government and the panel failed to clearly define their roles which therefore left the panel to take the brunt of the criticism.

"The expert panel is tasked with assessing risks and presenting different options and each of their effects, while the government bears the role of making a selection and explaining it together with the reason for the choice, but the division (of roles) was unclear," he said.