Chubu airport in central Japan will resume some international flights from next Tuesday after operations were suspended for more than two months due to the spread of the novel coronavirus, the operator said Thursday.

Philippine Airlines plans to fly three round-trip flights between the airport and Manila in June and continue the service into July, although the schedule has yet to be decided, Central Japan International Airport Co. said. 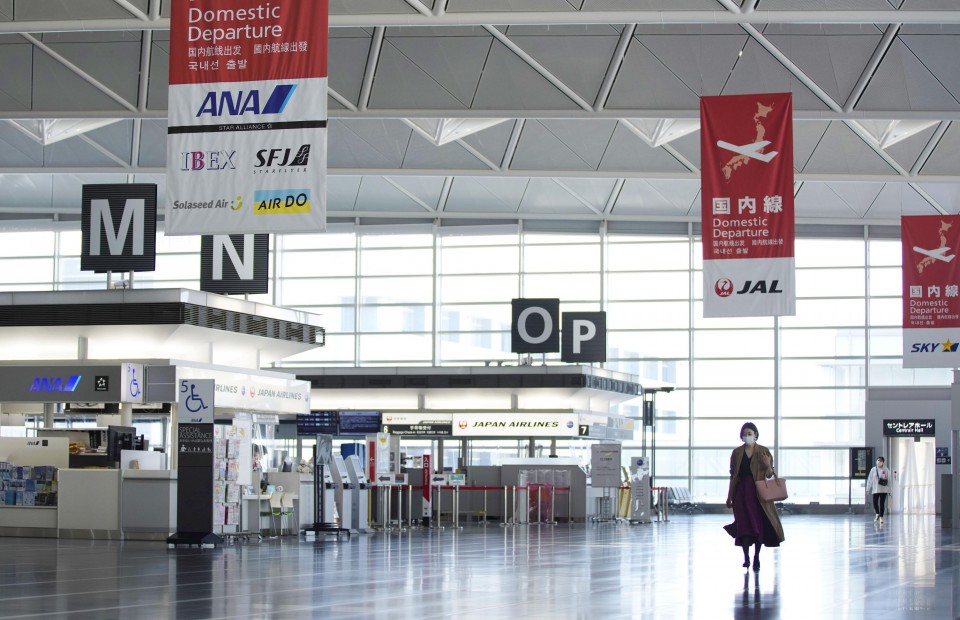 The domestic departure lobby of Chubu Centrair International Airport in Tokoname, central Japan, is deserted during the Golden Week holiday season on April 29, 2020, amid the coronavirus pandemic. (Kyodo)

The airline has not flown to or from Chubu airport in Tokoname, south of Nagoya, Aichi Prefecture since March 23.

Finland's Finnair is also scheduled to restart flights to and from the airport in July, the airport's operator said.

"We will take sufficient measures against infections to ensure safety at our airport," a spokesperson said.