U.S. regulators revoke emergency use of malaria drug for coronavirus

U.S. regulators on Monday revoked the emergency use of anti-malaria drug hydroxychloroquine, which President Donald Trump previously said he was taking based on the belief that it would protect him against the novel coronavirus.

In late March, the U.S. Food and Drug Administration granted the emergency use of the drug to treat patients hospitalized with the coronavirus when clinical trials were not available. But in late April, it warned that the drug's side effects include "serious and potentially life-threatening heart rhythm problems." 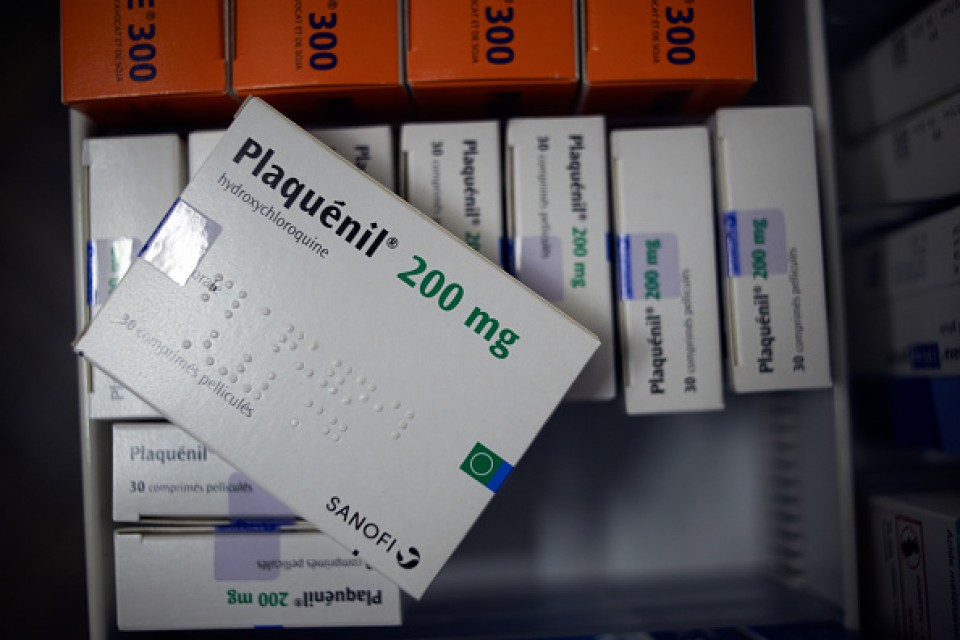 Photo shows a box of Plaquenil, an anti-malaria drug hydroxychloroquine made by Sanofi, used for years to treat malaria and autoimmune disorders. (NurPhoto/Getty/Kyodo)

Hydroxychloroquine is a drug Trump has pitched as a potential cure for the virus, despite a lack of clear scientific evidence. He has suggested that using the common malaria drug would involve fewer safety concerns and that it could be made widely available more quickly than brand-new drugs.

In May, Trump revealed that he was taking "a pill every day" despite the safety warnings. According to a memo released by the president's physician this month, Trump took a two-week course of hydroxychloroquine after two White House staffers tested positive for the disease in that month.

The physician said that the 74-year-old president "completed the regimen safely and without side effects" and that he "remains healthy."

But the FDA said that it has decided to revoke the emergency use of hydroxychloroquine and the related drug chloroquine, determining that the drugs are "unlikely to be effective" in treating COVID-19, the respiratory illness caused by the new coronavirus, based on "emerging and other scientific data."

Current U.S. treatment guidelines do not recommend the use of the drugs in hospitalized patients with COVID-19 outside of a clinical trial.