Balloon-like UFO still a mystery after drifting by northeastern Japan

A white, balloon-like object that was spotted in northeastern Japan is likely to have drifted on air currents to skies above the Pacific Ocean, while the exact nature of the projectile remains unknown.

The object fueled speculation after it was seen by residents of Miyagi and Fukushima prefectures on Wednesday. In response to inquiries, local authorities scrambled a helicopter to check on the object, but were unable to identify it or determine its origin.

The news also went viral as many voiced curiosity and excitement on Twitter.

No further eyewitness accounts of the flying object were reported on Thursday. Some observers speculate that it could have been an observatory balloon from a foreign country. 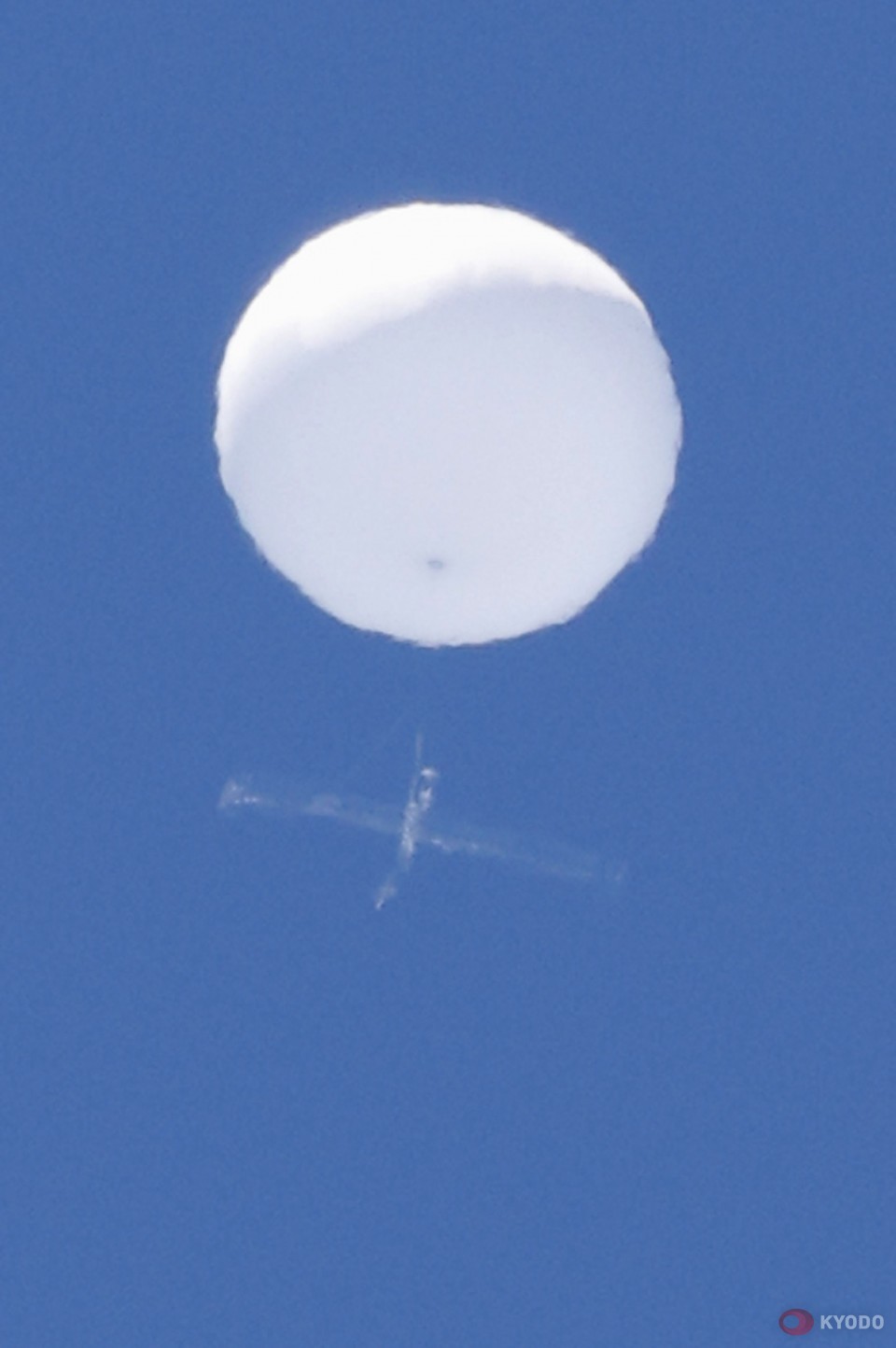 Photo taken on June 17, 2020, shows an unidentified white balloon-like object spotted in skies above Sendai, northeastern Japan. The Japan Meteorological Agency's Sendai office confirmed that it was not an item flown by the agency. (Kyodo)

Yoshihiro Tachibana, a professor of meteorology in the graduate school at Mie University, said the flying object resembled a meteorological observatory balloon like ones used overseas.

Noting the presence on Wednesday of a strong westerly air current from northeast Asia toward the southern part of the Tohoku region, Tachibana said, "An object that was launched in a foreign country is likely to have drifted" to skies above northeastern Japan.

According to Tachibana, a meteorological observatory balloon rises into the sky as it fills with gas, and is designed to burst upon reaching high altitudes due to lowering pressure.

The balloon that was spotted above northeastern Japan may have drifted out over the Pacific Ocean while descending due to slight gas leakage, he added.

As for the cross-shaped object seen hanging below the balloon, Tachibana said it could have been equipment to record and transmit data.

An official from the Japan Meteorological Agency's Sendai office in Miyagi Prefecture confirmed Wednesday that the object had not been flown by the agency, saying, "We checked with the Sendai municipal government and the Self-Defense Forces, but they have no idea either."

According to the agency, calls about a mysterious floating object started coming in at around 7 a.m. on Wednesday, but by that evening the object's location became unknown due to cloud cover.