A teenager died of an apparently self-inflicted gunshot wound Monday morning in a house in Hachioji, western Tokyo, police said.

The boy, who was 15 and in his first year of high school, sustained a head wound and was pronounced dead at a hospital, according to the Metropolitan Police Department. 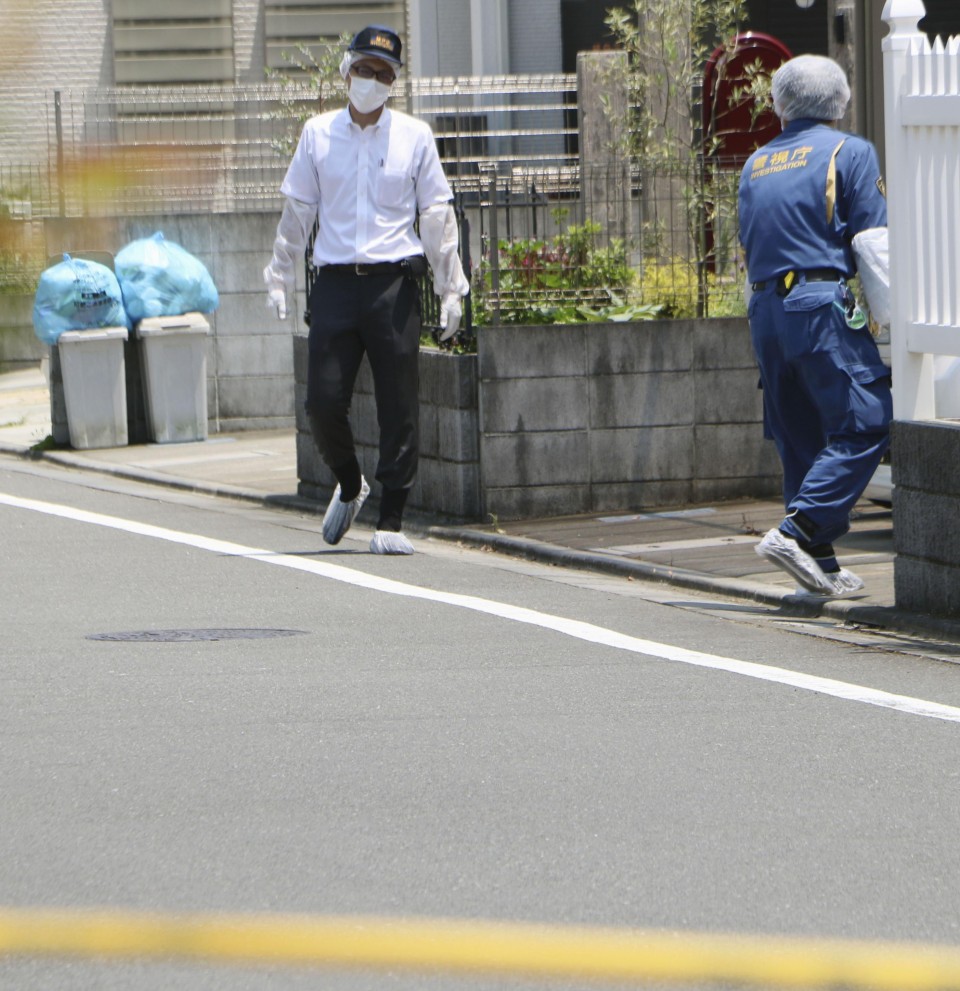 A police investigator enters a cordoned-off area in a residential area in Tokyo's Hachioji on July 8, 2020, where a teenager died after apparently shooting himself with a gun. (Kyodo)

The police said his mother heard a bang from her son's room on the second floor of the house around 8 a.m. before finding him on the bed bleeding from the head.

The police received a call around 8:15 a.m. reporting that a family member had attempted suicide with a gun.

According to the police, a loaded silver revolver closely resembling a U.S.-made weapon bearing the seal of the manufacturer was found in the boy's room. They are investigating its authenticity and how it was acquired.

The boy's mother and elder sister were inside the house at the time but neither was injured, the police added.

The boy began complaining of stomach aches from this spring and told his school that he was going to the hospital on Monday morning, according to the principal.

He was taking a correspondence course with a private high school where he only had to be present three times a week.

The school closed after the entrance ceremony in April to prevent the spread of the novel coronavirus and reopened at the start of this month, but the boy went to the school only one day out of three.

The incident occurred in a residential area of detached houses.

"I'm surprised something like this happened close to where I live," a 62-year-old woman in the neighborhood said. "There are lots of children living around here but I wonder what had happened to him (leading up to the incident)."