A Japanese district court on Thursday rejected a request by a man to overturn a prefectural commission's decision deeming him ineligible for victims' compensation as a surviving family member after his same-sex partner was murdered.

"I cannot recognize same-sex relationships as de facto marriages," Presiding Judge Masatake Kakutani said in the hearing at the Nagoya District Court where Yasuhide Uchiyama, 45, challenged the decision made by the Aichi Prefectural Public Safety Commission in December 2017.

In order for Uchiyama to be recognized as a de facto spouse, "two people of the same sex living together must first be regarded as equal to marriage in society," Kakutani said.

Whether a same-sex partnership could be considered a de facto marital relationship was a major point of contention in the trial, as it would make Uchiyama eligible for victims' compensation as a surviving family member if so.

"It is extremely disappointing that my request was rejected on the basis that same-sex couples are not sufficiently accepted in society," Uchiyama said at a press conference following the trial. 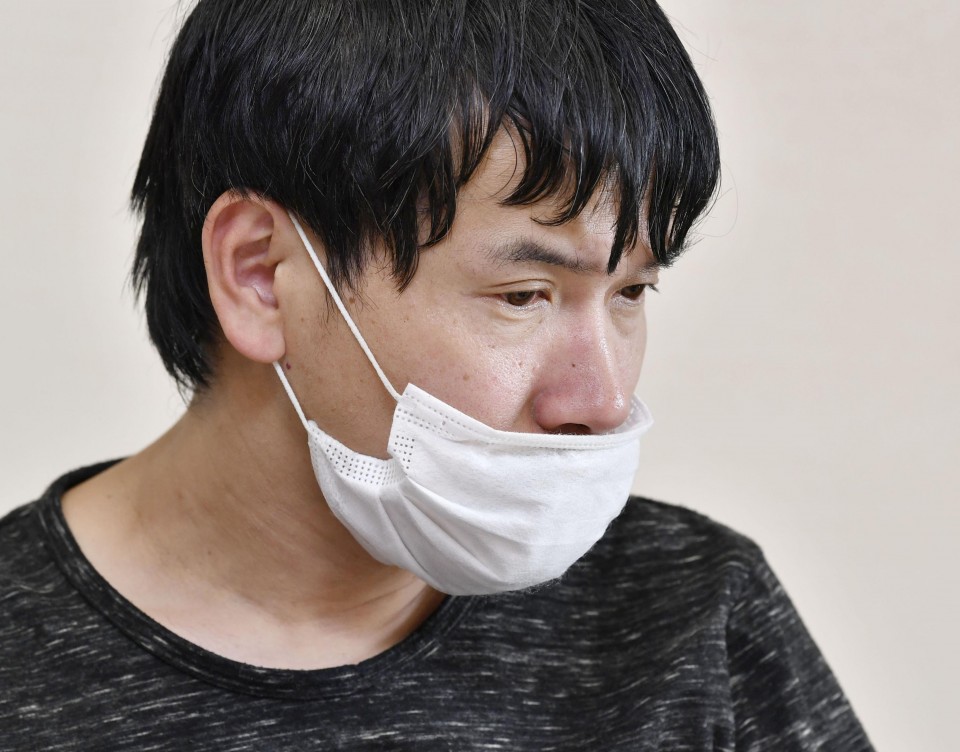 Yasuhide Uchiyama is pictured listening to a lawyer at a press conference in Nagoya. Nagoya District Court rejected Uchiyama's request to overturn a prefectural commission's decision deeming him ineligible for victims' compensation as a surviving family member after his same-sex partner was murdered. (Kyodo)

The plaintiff's lawyers had argued that the system is intended to ease the emotional and financial stress suffered by families of crime victims, and that it was outdated to regard de facto marriages as being only heterosexual relationships amid a greater awareness of sexual diversity in present society.

"It is an extremely regrettable ruling which perpetuates discrimination against sexual minorities," Uchiyama's lawyers, who plan to appeal, said in a statement.

According to the written complaint, Uchiyama had lived with his partner Hideaki Mizuno, who was 52 at the time of his death, for around 20 years.

Mizuno was murdered in December 2014 by a worker who was Uchiyama's colleague at the time. He was later sentenced to 14 years in prison. Uchiyama filed for victims' compensation in December 2016 but it was rejected a year later on the basis that his relationship was same-sex.

In another trial involving the recognition of same-sex partnerships, a district court branch in Utsunomiya, Tochigi Prefecture, ruled last September in favor of a woman who sought compensation for infidelity by her same-sex partner. The Tokyo High Court upheld the ruling in March.