A crane overturned and its arm smashed into a nearby residential house on Friday in western Japan, triggering a fire and injuring a 1-year-old girl who was asleep at the time, police said.

After the crane arm hit the two-story house in Takatsuki, Osaka Prefecture, at around 5:05 p.m., the second floor of the building caught fire. The mother, who was on the first floor with the baby at the time of the accident, was unhurt. 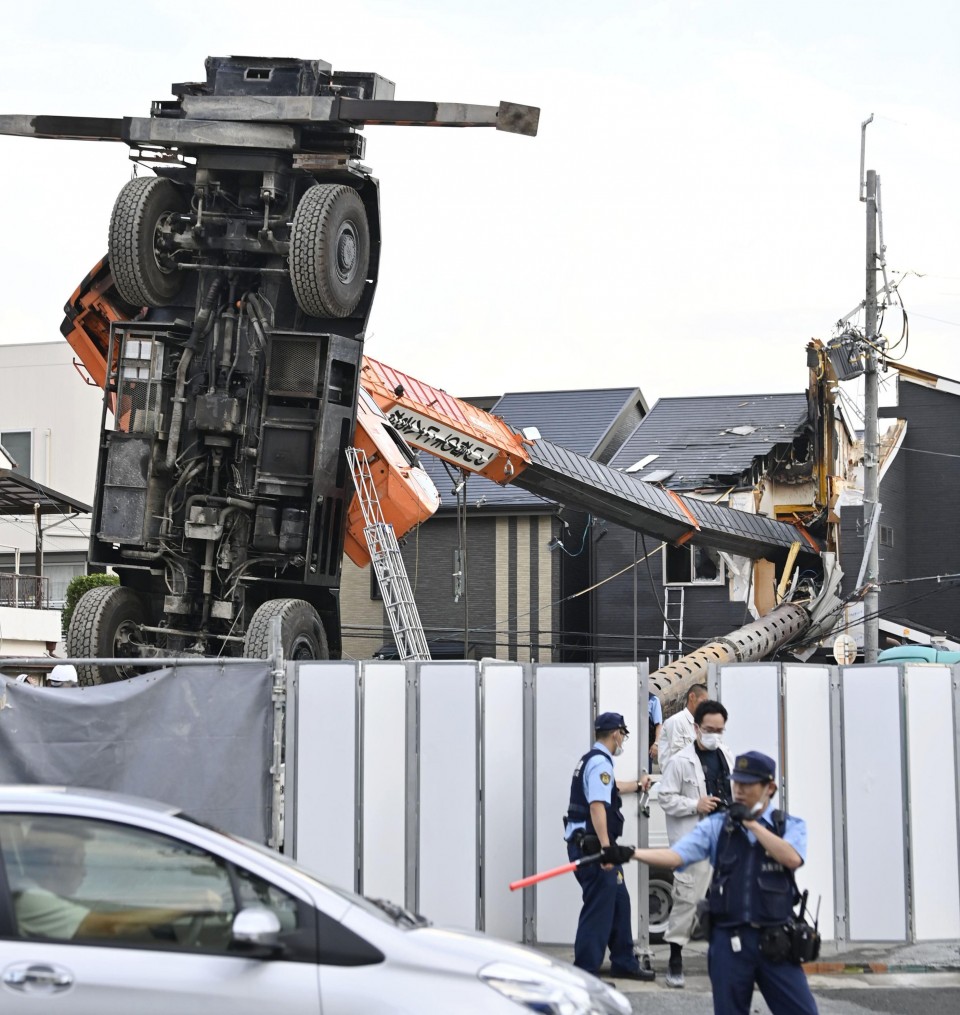 A crane overturns and its arm smashed into a two-story house in Takatsuki, Osaka Prefecture on June 26, 2020. (Kyodo)

The crane operator apparently lost control while he was extracting piling as part of demolition work at the construction site, the police said, adding that they are investigating with a possibility of charging him with professional negligence resulting in injuries.

Alarmed by the sound of the huge crash, the mother said she "escaped outside in a hurry," according to the police. 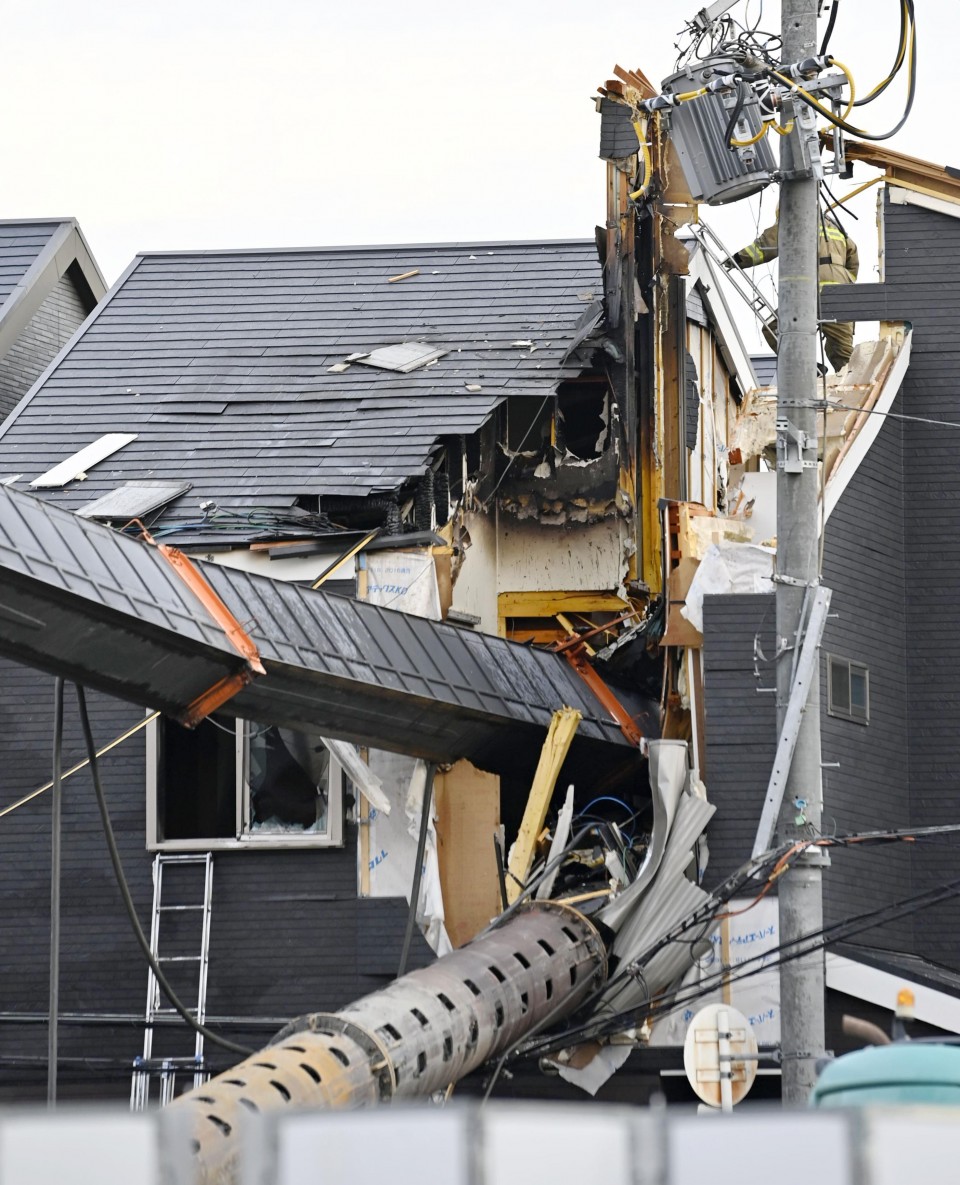