"All I can do is go full blast from the very start. I'm not the kind of player who can think about when to peak," the Japanese left-hander told Kyodo News.

Preparing for his second season in the majors, the 29-year-old practiced by himself in Arizona after spring training was suspended in mid-March due to the coronavirus pandemic. He returned to Seattle earlier this month and practiced throwing near his home. 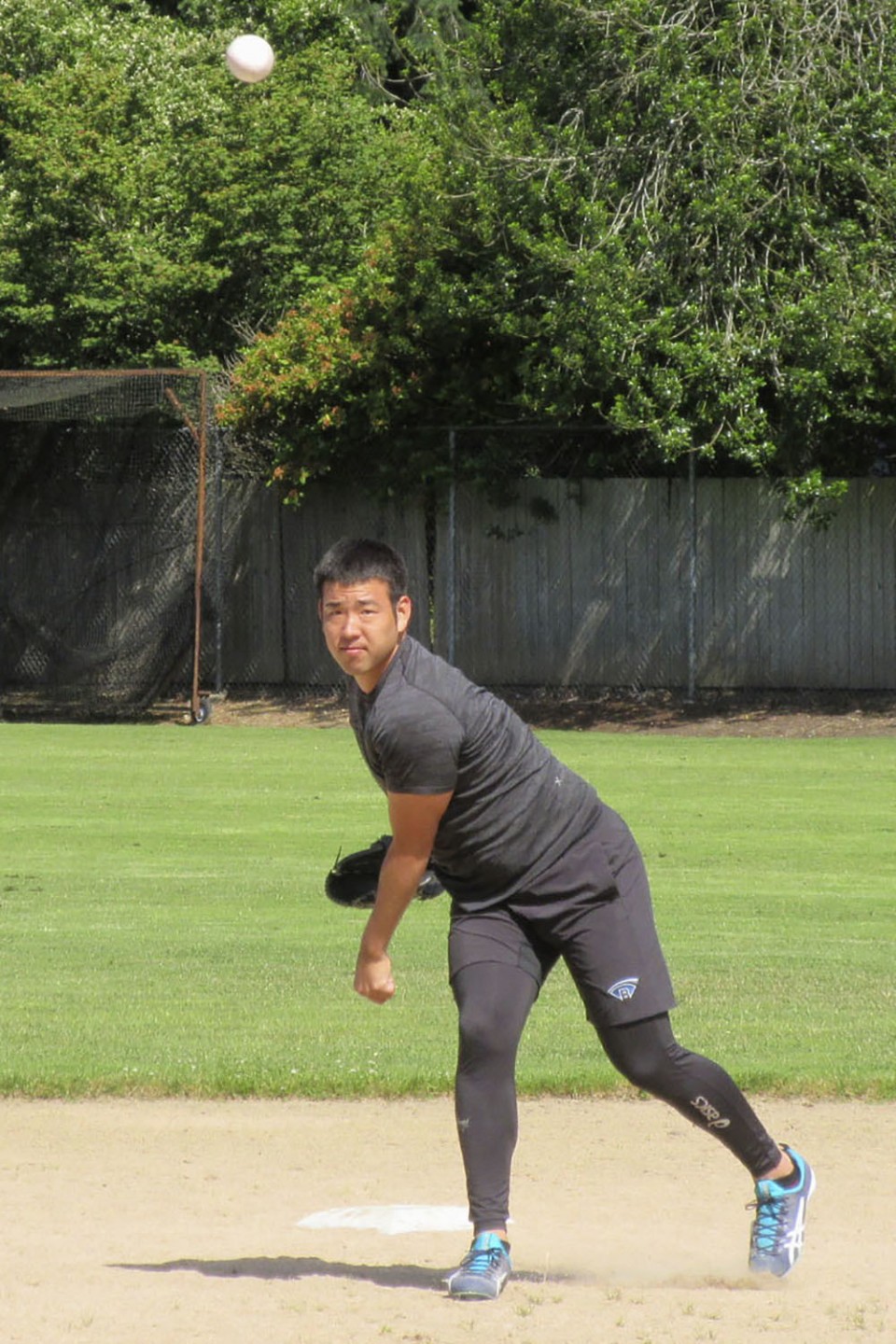 Seattle Mariners pitcher Yusei Kikuchi trains in Seattle on June 25, 2020, about a month ahead of the start of the Major League Baseball's coronavirus-delayed 2020 season. (Kyodo)

The season was originally scheduled to begin on March 26 before the virus shutdown. Negotiations between MLB and the players' union became bogged down, causing speculation the regular season may not be held at all.

Kikuchi, however, said he tried not to get too caught up in the situation.

"The virus is similar to the weather. I tried not to watch (the news) and didn't talk about whether the season could get under way (with my interpreter and trainers)," he said.

"My family didn't say anything that will make me anxious and said I should prepare so I would be ready whenever the season started."

An ace pitcher for the Pacific League's Seibu Lions before moving to the majors, Kikuchi went 6-11 with a 5.46 ERA over 32 starts last year, his first in the majors.