Wizards players, along with members of WNBA team the Washington Mystics, wore T-shirts with the words "Black Lives Matter" as they walked in the U.S. capital on Juneteenth, a holiday that commemorates the emancipation of slaves in the country 155 years ago. 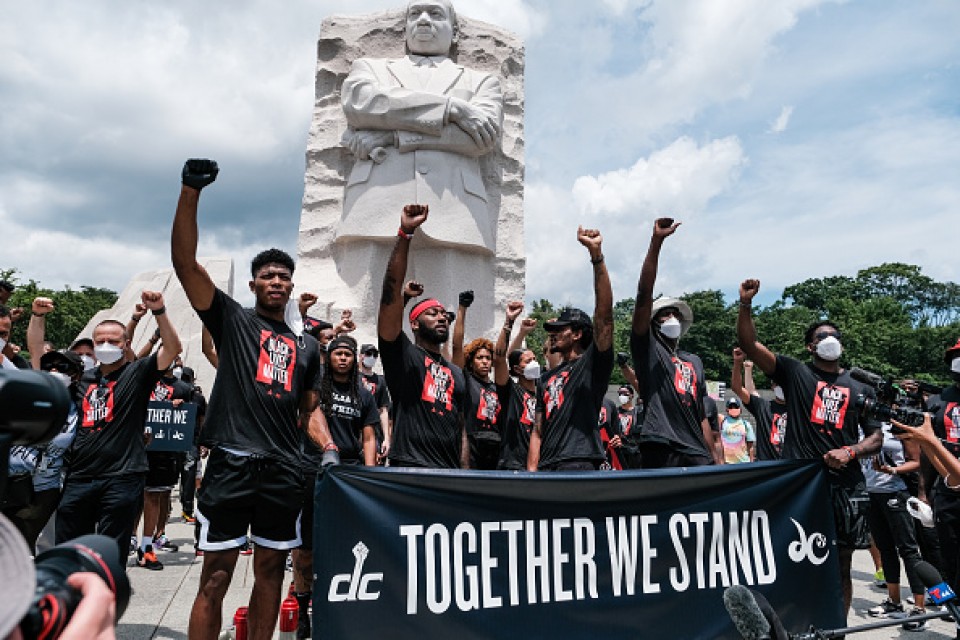 Members of the Washington Wizards and Washington Mystics basketball teams rally at the MLK Memorial to support Black Lives Matter and to mark the liberation of slavery on June 19, 2020 in Washington, DC . Juneteenth commemorates June 19, 1865, when a Union general read orders in Galveston, Texas stating all enslaved people in Texas were free according to federal law. (Getty/Kyodo)

The players held a banner that read "Together We Stand," with some addressing the public during the march outside the Wizards' arena.

The demonstration comes amid a wave of protests across the United States and around the world sparked by the killing of a black man, George Floyd, by a white police officer in Minnesota.

Naomi Osaka and Shohei Ohtani are among other Japanese athletes based in the United States who joined an online demonstration earlier this month.

Tennis star Osaka, who was born in Japan to a Haitian father and a Japanese mother, said in an interview with Reuters that she is determined to make her voice heard on the subject of racial injustice.