As he prepares to kick off his final season, the oldest debutant in J-League history wants to send a positive message to victims of bullying and discrimination highlighted by the coronavirus pandemic.

"I want to teach people using my life as a lesson," said Takamasa Abiko, 42, who set the record last year as a substitute forward for third-division YSCC Yokohama. 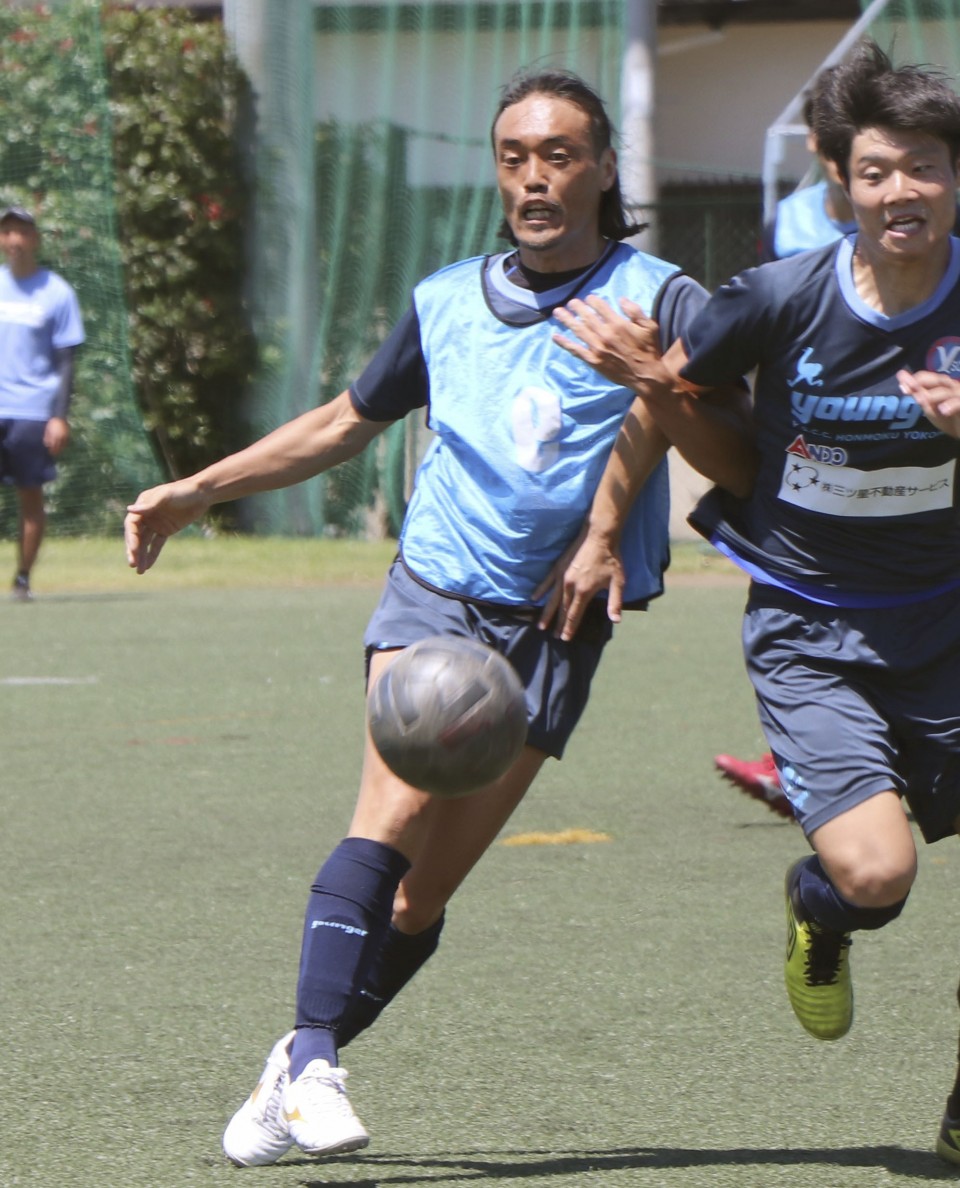 Abiko plans to retire at the end of the upcoming J3 season, which will start on June 27 following a roughly four-month delay brought about by the public health crisis.

The Kanagawa Prefecture native first made headlines after quitting his job at age 39 to take one last shot at becoming a professional soccer player with help from a crowdfunding campaign.

An aspiring pro in his younger years, Abiko moved to Brazil to play soccer and later tried out for the J-League, but he quit the sport after failing to make a team.

Despite forging a career as an interpreter and soccer school director, Abiko was nagged by the thought that he had given up on his dream too easily.

Backed by his online donors, he dedicated himself to getting into shape fulltime and was eventually signed by J2 club Mito Hollyhock. But he was unable to keep pace on the training ground and was cut from the squad without playing a game.

He eventually found a taker in YSCC Yokohama and became the J-League's oldest debutant when he came off the bench in March last year at 41 years, one month and nine days -- breaking the record previously held by Brazilian great and former Japan manager Zico.

With an annual salary of just 120 yen ($1.1), Abiko is something of a cult figure among fans of the club. But he has also drawn many detractors online. Some have derided his soccer career as a publicity stunt, while others have accused him of damaging the reputation of the league.

Abiko said he had been stung by the many critical comments posted on the internet, such as "Does he have no pride?" or "he is not really a professional." The stream of negativity made him angry at a society in which people pursuing their dreams were so readily pulled down.

In addition to delaying the start of the J3 season, the coronavirus crisis forced the cancellation of speaking engagements which would have earned Abiko around 200,000 yen per month. 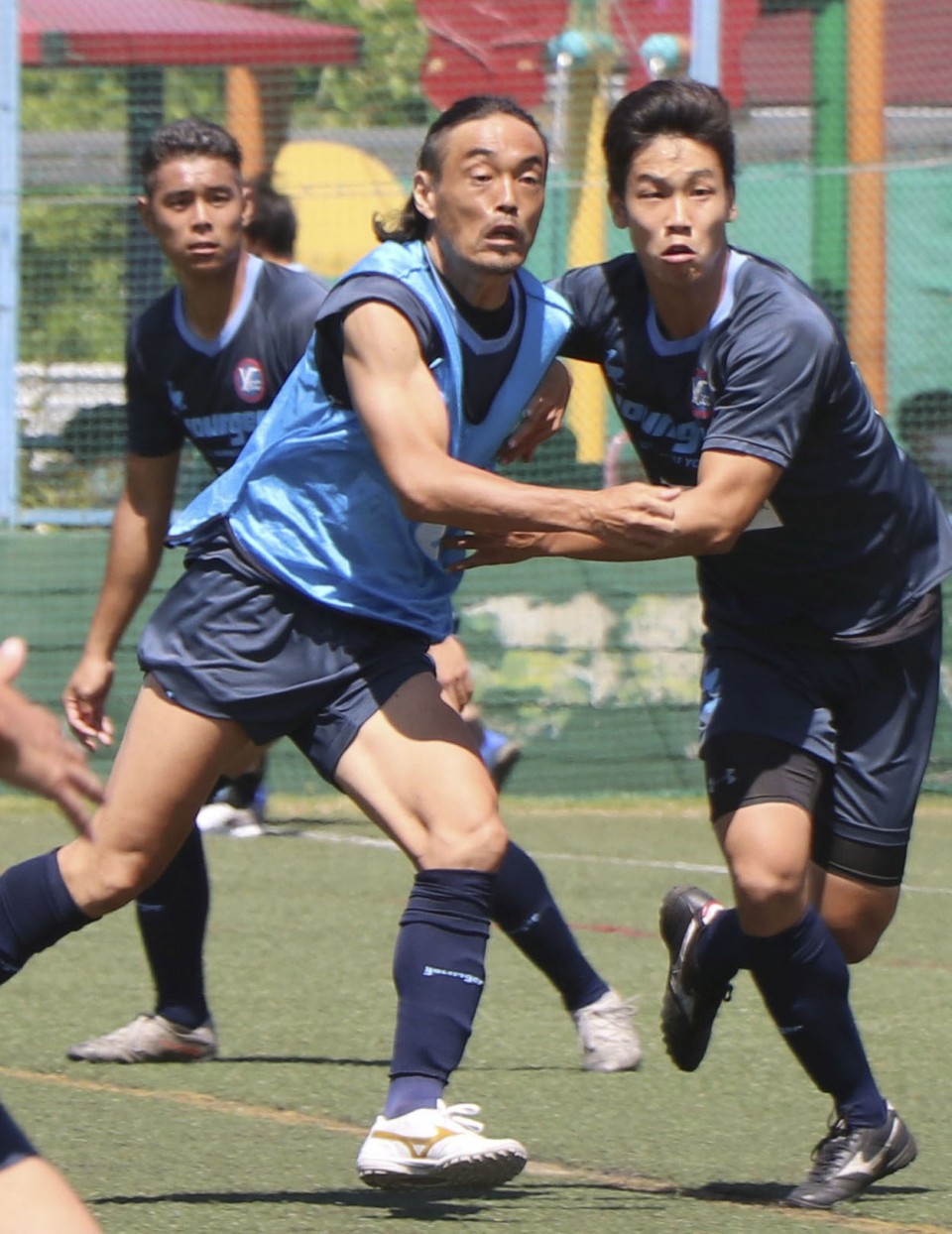 His own situation brought into focus the difficulties facing many other people as a result of the crisis. Reports about the bullying of people who had fallen ill with the coronavirus, as well as the medical workers treating them, reminded him of the online abuse he had suffered.

"Some people take out their stress on others by trying to hold them back. But is it worth it? Who can enjoy living like that?" he said.

With this season condensed into half a year, he is determined to make his remaining time in the league count as a role model. Foremost among his aims for the shortened season is his maiden goal as a professional.

His meager pay and modest lifestyle -- including living under his parents' roof -- might be far removed from the typical image of a pro soccer player, but Abiko is proud to be living a life with no regrets.

"You only live once. It's important to be true to yourself. I want to provide an example of someone who sticks to their guns and doesn't give up," he said.