Whitelock, a World Cup winner in 2011 and 2015, and de Allende, a member of the Springboks side that captured the Webb Ellis Cup in Japan last year, are among eight mostly foreign players leaving Panasonic, according to its announcement. 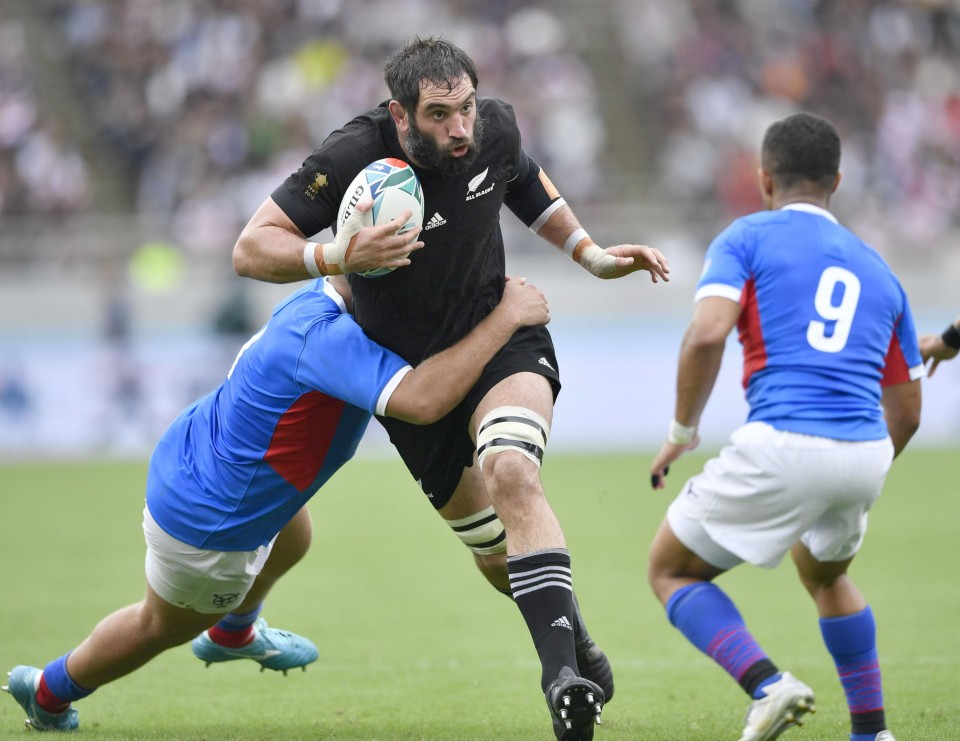 (Sam Whitelock of New Zealand takes on a tackle during the first half of a Rugby World Cup Pool B match against Namibia on Oct. 6, 2019, in Chofu, western Tokyo)

The 31-year-old Whitelock -- whose 117 All Black caps include several as stand-in captain -- has rejoined New Zealand Super Rugby side the Crusaders. De Allende, 28, has moved to Irish side Munster.

Kruis and Parkes are set to arrive in Japan in November from England's Saracens and Welsh club Scarlets, respectively, ahead of the 2021 Top League season, which is scheduled to start next January and run through to May.