Thousands of Sydney residents on Saturday participated in a peaceful protest inspired by the recent death of a black American man, after a last-minute court appeal deemed the rally lawful despite novel coronavirus-related restrictions on public gatherings.

Similar protests were held in other state capitals and many regional centers across the country in solidarity with demonstrations in the United States over the alleged murder by police of George Floyd and to protest against the deaths of Aboriginal Australians in custody. 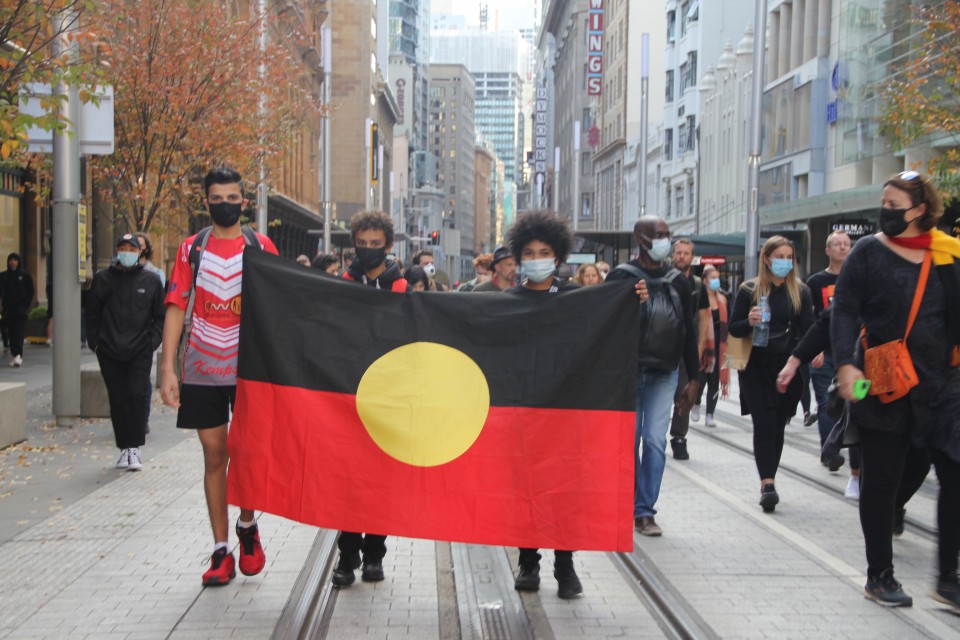 Protesters gather in central Sydney on June 6, 2020, to rally in solidarity for the United States Black Lives Matter movement and for Australian Aboriginal deaths in custody. (Kyodo)

However, on Saturday organizers won an eleventh-hour appeal meaning protesters will not be prosecuted for breaching public health orders.

Although community transmissions of the novel coronavirus have remained low in New South Wales state for several days, public gatherings are limited to groups of 10.

Aboriginal woman Natalie Andrews told Kyodo News she came to the protest to honor David Dungay, an Aboriginal man who, like Floyd, died while saying "I can't breathe" as he was restrained by several police officers.

Andrews said she was heartened by the huge number of people from all backgrounds who came to the protest to support Aboriginal Australians.

"We're all united together, it's a good feeling. We feel we're not alone. Aboriginal people have felt alone in all this," the 30-year-old said.

Aboriginal Australians make up approximately 3 percent of Australia's population, but 28 percent of the total prisoner population. 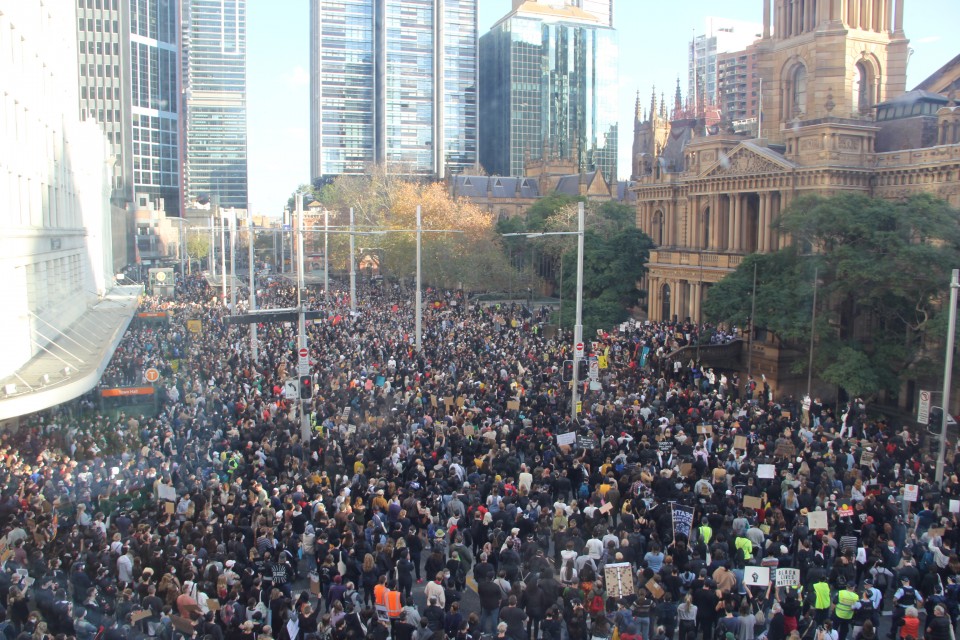 Protesters gather in central Sydney on June 6, 2020, to rally in solidarity for the United States Black Lives Matter movement and for Australian Aboriginal deaths in custody. (Kyodo)