Tokyo lifted all restrictions on businesses on Friday amid signs that the coronavirus pandemic is waning in the Japanese capital, although concerns remain over a potential second wave of infections.

People in Japan will no longer be asked to refrain from crossing prefectural borders as the central government also lifted the restriction in the hope of giving a boost to the country's economic activities that had been slowed by the pandemic. 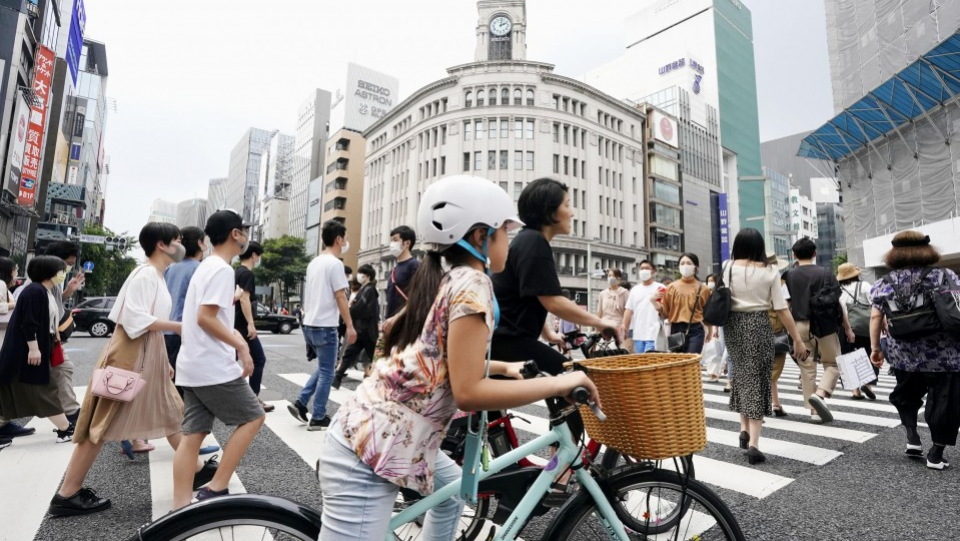 Most other businesses had already begun operating under previous steps.

Eateries were allowed to return to business as normal with the lifting of the government request that they shorten opening hours.

The loosening of restrictions comes despite the capital still recording double-digit daily new infections, with more than 90 people in total returning positive coronavirus tests from Monday to Wednesday.

Infections spread in Tokyo from late March, with the daily new case total eclipsing 200 in mid-April. While the figures fell in May, there was a spike after the state of emergency was lifted on May 25.

Earlier in the week, Tokyo Gov. Yuriko Koike said the recent increases in the daily total reflected efforts to track infection routes and the better cooperation from the nightlife industry in testing. She maintained the increase does not indicate worsening levels of community transmission.

Tokyo, with a population of about 14 million, laid out a three-step plan to ease virus restrictions by setting numerical infection milestones, with museums and schools reopened in the first phase, following the lifting in late May of a state of emergency.

In the second phase of easing from June 1, sports facilities and theaters reopened, and in the third phase from June 12, pachinko parlors and karaoke venues were permitted to resume operating.