The Japanese government launched a free smartphone application Friday which alerts users they may have been in close proximity to someone infected with the coronavirus.

While there are privacy concerns, the introduction of the app is part of efforts to prevent the spread of infections, with the government hoping it will encourage more people suspected of being infected with the virus to go to hospitals or take polymerase chain reaction tests.

The government has stressed it was designed with privacy in mind and personally identifiable data are not collected from users. 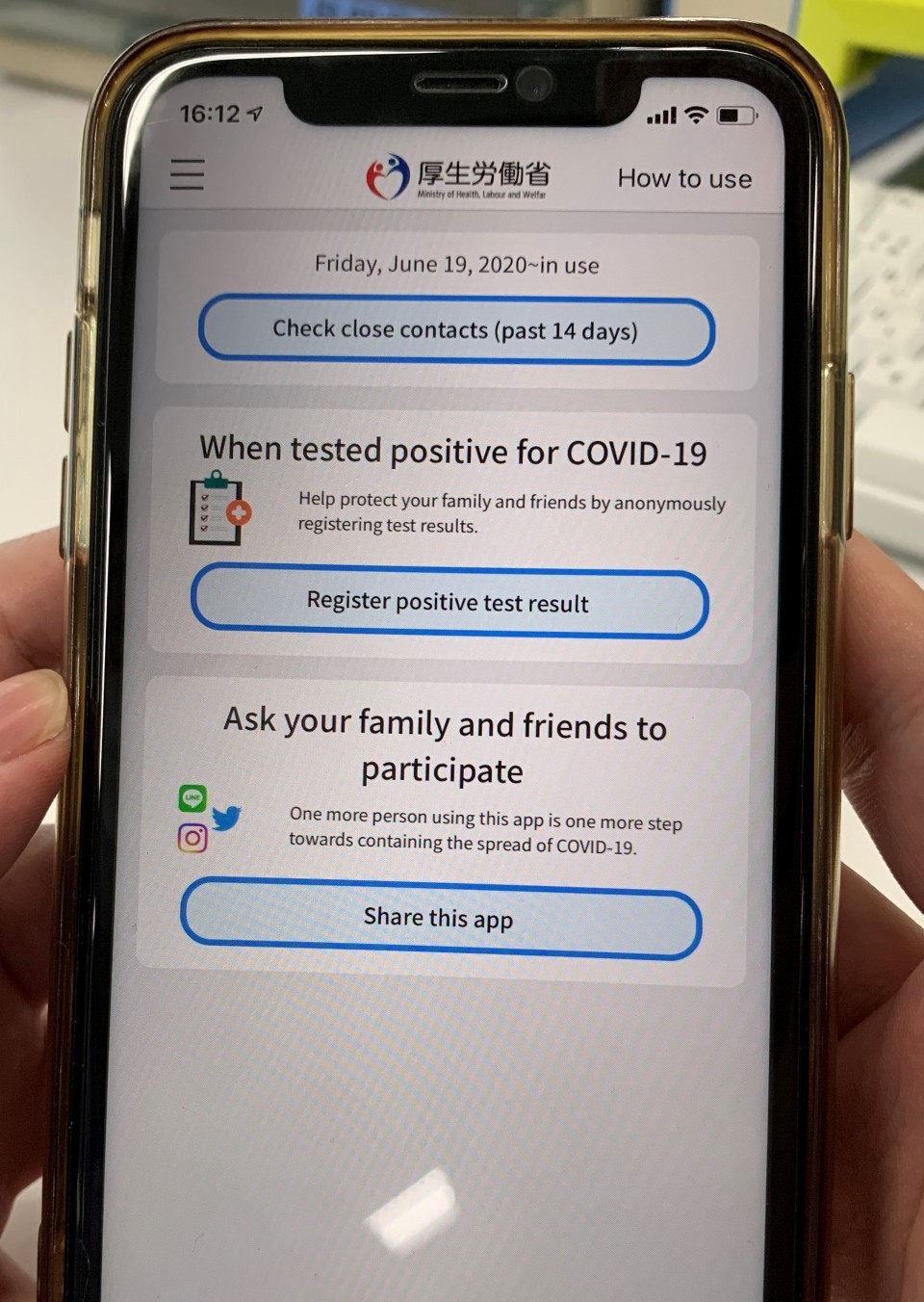 (Photo shows a smartphone using an application which alerts users they may have been in close proximity to someone infected with the coronavirus on June 19, 2020)

"It does not collect personal data at all. People can use it without worry," Prime Minister Shinzo Abe said at a press conference Thursday, encouraging people to download the app to help stem the spread of COVID-19.

When individuals who have downloaded the app come into contact with one another at a distance of 1 meter or less for 15 minutes or more, their smartphones automatically record the situation in an encrypted state using Bluetooth wireless communication technology.

The record will remain in their devices for up to 14 days before it is automatically invalidated.

If an app user tested positive and registered the result via the app, other users who were in proximity to the individual will receive the alert.

The registration of positive test results requires just the "processing number" assigned to positive testers by health authorities, instead of names, phone numbers or other personal information.

Information on the time and place of the contact, as well as identities of individuals, cannot be known by the government and other app users, according to the Health, Labor and Welfare Ministry, which operates the application program.

The tool is expected to improve the current tracing system on infected individuals and persons who had close contact with them, which is based on interviews with infected people by officials of public health centers.

The app, based on technology developed by Apple Inc. and Google LLC, was initially planned to be rolled out in early May in the country before its nationwide state of emergency was to be lifted.

It was delayed by more than a month as the development project's oversight switched from private companies to the health ministry after the tech giants imposed a host of conditions for its usage.

Following the launch of the app after 3 p.m., it could not be used depending on types of smartphones, and the health ministry received a raft of complaints. 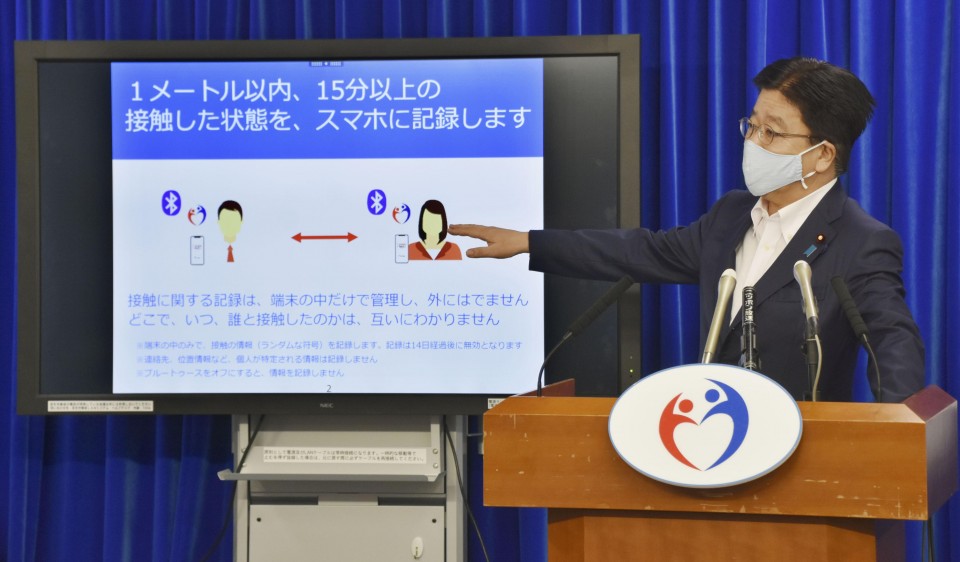 (Japanese health minister Katsunobu Kato explains about a free smartphone application which alerts users they may have been in close proximity to someone infected with the coronavirus on June 19, 2020)

The launch came on the same day that Japan completely lifted an advisory against cross-prefecture travel.

Meanwhile, technology experts say the app needs to be widely used in order to be truly effective as it requires the accumulation of a certain amount of contact data.

The government has not given a target percent for the app's usage, but overseas research shows that at least 60 percent of people in a country should use such a system to make it practical.

But many countries that have introduced similar tracking apps are struggling to convince citizens to sign up for the service due to privacy concerns.

In Singapore, the number of app users stood at around 1.8 million, about 25 percent of its population, still short of the minimum of 75 percent needed for the app to work well, The Straits Times daily reported earlier this month.

In France, 55 percent said in a survey they would not use a contact-tracing app, the national daily Le Figaro reported last month.

The health ministry has emphasized it does not use the app to collect personal data such as a user's name, date of birth, gender, address, phone number, email address or device location information.

But some people have voiced concerns about possibly being monitored, with a Tokyo woman in her 30s saying, "I don't want to use it as it seems like my actions would be under surveillance."

Experts on data usage and privacy have said that in order for the app to be commonly used, a system involving third-party monitoring is necessary to ensure data will not be used for other purposes.