The country's largest-ever supplementary budget, submitted to parliament by the government on Monday and also backed by almost all opposition parties, is expected to clear the House of Councillors on Friday for enactment. 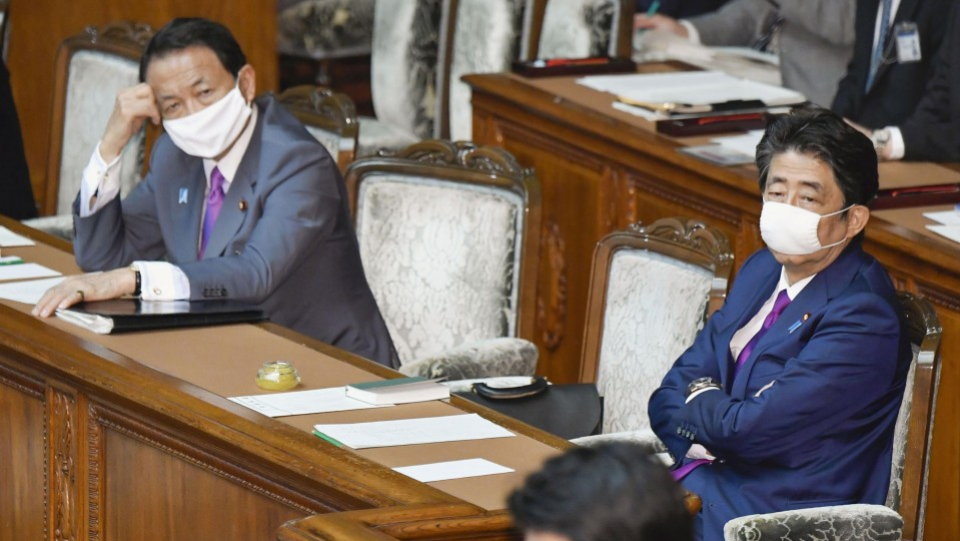 Approved by the Cabinet in late May, the fresh budget will finance the government's new package of programs focusing on assistance for small businesses trying to survive the pandemic and medical workers who have been vital in Japan's battle against the virus.

The budget will be entirely financed by government bonds, ballooning Japan's already huge debt pile which before the outbreak was more than twice the size of its economy and the largest among industrialized countries.

Prime Minister Shinzo Abe's administration has said the package, also including loans and investments besides actual fiscal spending, is worth about 117 trillion yen.

It is nearly the same size as its initial stimulus partially funded by the first extra budget, which was enacted April 30.

Faced with mounting public frustration over his government's response to the spread of the virus, Abe instructed officials to craft another supplementary budget in mid-May.

As Japan's economy has slipped into a technical recession, the new measures include a subsidy system of up to 6 million yen for rent payments for small businesses and individual proprietors facing a cash shortage, covering two-thirds of them for six months.

The upper limit of subsidies for companies to retain employees despite suspending operations will be raised to 15,000 yen per day per worker from the current 8,330 yen.

As the country braces for a second wave of infections, 200,000 yen will be provided to each worker at medical institutions treating COVID-19 patients and 100,000 yen to each member of staff at hospitals that have dedicated beds to those suffering the respiratory disease caused by the virus.

The budget will set aside 10 trillion yen as a reserve fund for further measures, including 5 trillion yen which Abe's administration recently decided to earmark to help firms keep workers employed and to improve medical services following criticism from opposition parties.

Opposition parties were critical that the sum is too large to be spent without a breakdown of the outlay and further Diet approval.

"We are still dissatisfied with the 10 trillion yen reserve fund, but it's inevitable for us to approve (the budget)," Jun Azumi, the Diet affairs chief of the main opposition Constitutional Democratic Party of Japan, told reporters.