Hong Kong leader Carrie Lam on Tuesday called for the international community's respect for China's right to safeguard its national security, criticizing countries who object to the legislation as having a "double standard."

Speaking in a video clip at the U.N. Human Rights Council meeting, the Hong Kong chief executive said the national security legislation is "urgently needed" as social unrest in the territory since last June has been threatening China's sovereignty.

"No central government could turn a blind eye to such threats to sovereignty and national security as well as risks of subversion of state power," Lam said, on the day China's parliament passed the bill that has drawn criticism from western countries. 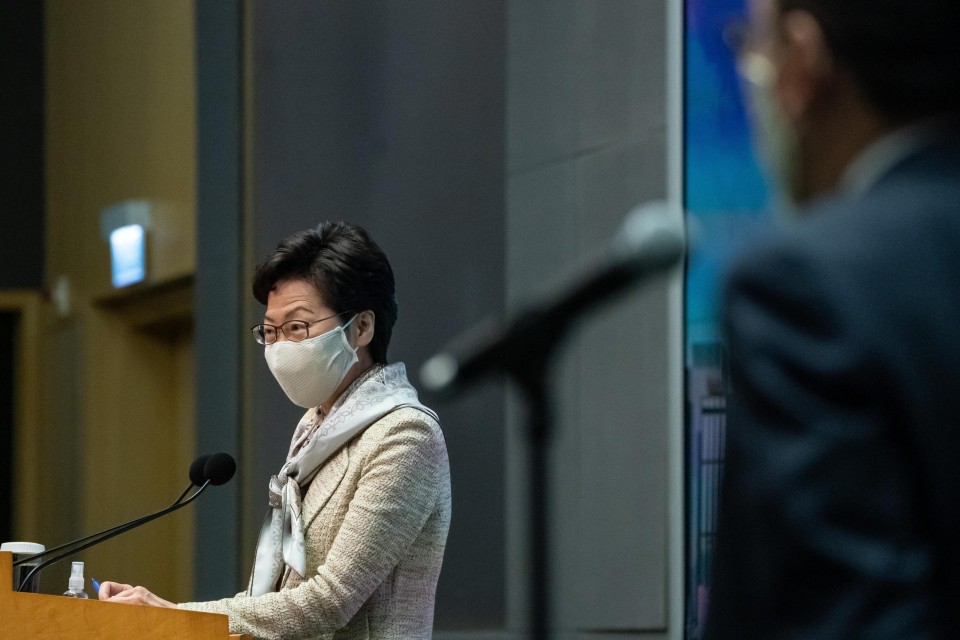 "For those foreign governments or politicians raising objections to the legislation, one could only lament the 'double standards' they are adopting. All those countries which have pointed their fingers at China have their own national security legislation in place," she said.

Lam said in a separate statement that the government will publish the law as soon as possible in the gazette, the official publication of the government, to enable its implementation.

Hong Kong representatives to the Chinese parliament, the National People's Congress, and to the political advisory body, the Chinese People's Political Consultative Conference, the president of Hong Kong's Legislative Council and pro-Beijing camp lawmakers have all expressed their "full support" of the legislation, even before details of the law were published.

"The law plugs the loophole in national security," Starry Lee, chairwoman of the largest political party, the Democratic Alliance for the Betterment and Progress of Hong Kong, told reporters.

On the contrary, pro-democracy camp lawmakers called the legislation the end of the "one country, two systems" policy, and the lack of public consultation before the law was passed a sign that Beijing has lost faith in the Hong Kong government and people.

"The way they (China's parliament) have done it is the most ruthless way of taking away the freedom and human dignity of the Hong Kong people," Dennis Kwok of the Civic Party said.

Hong Kong, the former British colony, returned to Chinese rule in 1997, was promised to retain rights and freedoms previously enjoyed for at least 50 years under the "one country, two systems" policy.

The law, outlawing acts and activities of separation, subversion, terrorism and collusion with external forces, was signed by Chinese President Xi Jinping hours after the parliament's passage. It was set to be promulgated and imposed in Hong Kong later Tuesday, local media reported.

According to the draft of the bill, a national security office will be set up in Hong Kong, and advisers from Beijing will be deployed to oversee the law's enforcement. Selected cases would be sent to and tried in mainland courts.

The Hong Kong government sought in 2003 to legislate a national security law, but the move failed after hundreds of thousands of people marched against it.