Red tape and costly commission fees involved in applying for state subsidies have led some Japanese companies hit by the coronavirus pandemic to give up on seeking support to retain their employees.

Businesses say they cannot receive the much-needed funds because they need to hire licensed social insurance labor consultants to fill in the plethora of paperwork required, and that could cost more than the amount they receive.

As of late May, labor bureaus across Japan have received around 400,000 inquiries about the subsidy program, which shoulders part of the leave allowance companies pay to employees to retain them despite the economic slowdown.

But due to the time required to complete, only about 109,000 applications were filed as of June 4, of which some 54,000 have been approved, according to the Ministry of Health, Labor and Welfare. 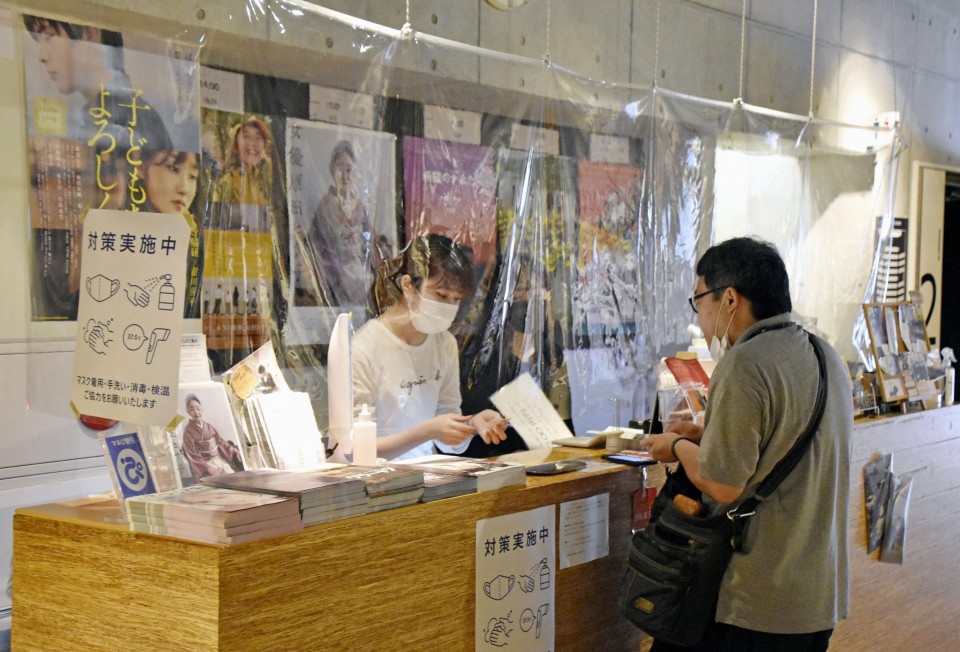 A ticket counter is seen covered by vinyl sheet at a movie theater in Tokyo's Shibuya district on June 1, 2020. The movie theater reopened the same day as Tokyo entered the second phase of the relaxation of coronavirus-necessitated business restrictions, meaning the reopening of most facilities including cinemas and sports gyms. (Kyodo)

This all comes despite the government simplifying the application process earlier in May following a barrage of criticism.

Companies initially had to submit more than 10 different documents as well as employee attendance records and wait at least two months to access the financial aid.

The labor ministry has since reduced the number of documents to be filed, so the process takes two weeks, but service industries, which hire many part-time workers, are excluded from the simplified process and are compelled to ask licensed consultants for their support.

A 61-year-old man who manages several hotels in Gunma and other prefectures said he had planned to apply for the government aid in April as the COVID-19 pandemic dragged down sales by more than 30 percent from the year before.

However, he gave up after his long-time licensed social insurance labor consultant told him his fees would be around 100,000 yen ($900), exceeding the estimated 80,000 yen subsidy the hotel manager hoped to receive.

The man looked for another consultant, but they were all too busy trying to get the aid for other companies.

The hotel manager employs around 80 people, including part-timers, and has reduced their working hours in a bid to keep the business afloat but said, "If this continues, I will be forced to fire some of my employees."

Generally, a consultant's commission is between 10 to 20 percent of the client's subsidy, on top of which some add retainer fees. Several consultants said their fees could exceed the subsidy.

"Compensation for subsidy application in general, not just limited to this pandemic-related aid, are not worth the time and effort spent getting it," said Hiroshi Murooka, a representative of a Tokyo-based consultant company. 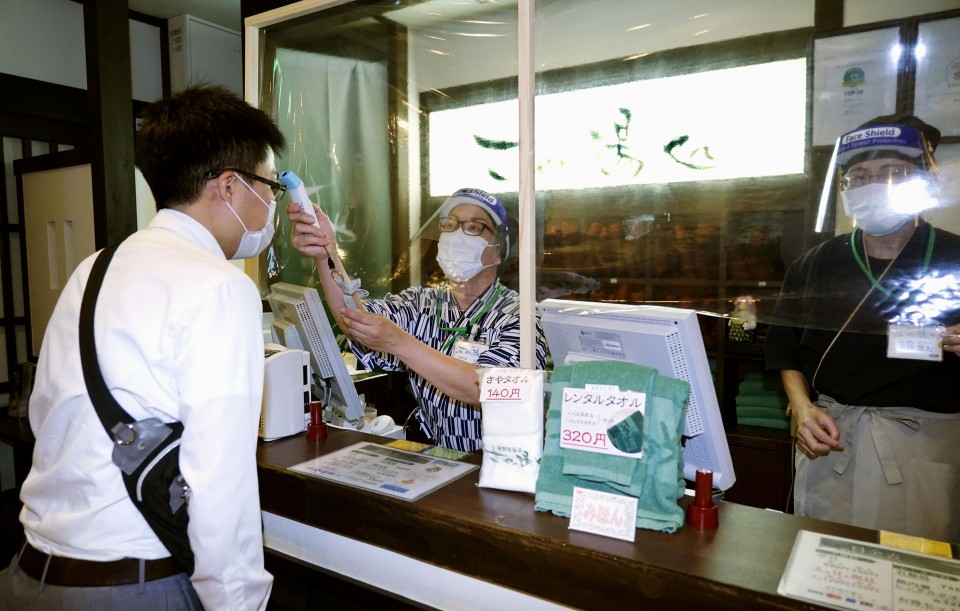 A customer has his temperature checked at the entrance of a hot spring spa facility in Tokyo on June 1, 2020. The spa reopened the same day as Tokyo entered the second phase of the relaxation of coronavirus-necessitated business restrictions, meaning the reopening of most facilities including cinemas and sports gyms. (Kyodo)

Murooka said that while his office is willing to reduce the fee as much as possible for companies seeking a subsidy, he thinks many consultants are not willing to take on the job.

Another damper is the introduction in April of last year of harsher penalties imposed on consultants involved in the fraudulent receipt of subsidies.

Subsequently, many consultants have become wary of accepting requests to file for subsidies and have raised their fees.

Some local authorities subsidize the fees for licensed social insurance labor consultants, but the Saitama city government official in charge of the scheme said the number of applications for such aid has not risen in the municipality.

"There may be quite a few businesses that give up applying for the state subsidy," said Rikyu Sudo, a management consultant for small and medium-sized enterprises.

60% of small firms can survive pandemic if ends in a few months: poll