Over 1,000 turn out at Tokyo rally to protest racial discrimination

More than 1,000 people turned out at a rally in central Tokyo on Sunday to protest against racial discrimination following the death of a black man in police custody in the United States that has spurred anti-racism protests there and elsewhere.

Young Japanese and foreign residents in the country were among those who staged a demonstration march around Yoyogi Park, prompted by the death of George Floyd, a black man who died after being pinned down by the neck by a white police officer in Minneapolis while he was being arrested in late May. 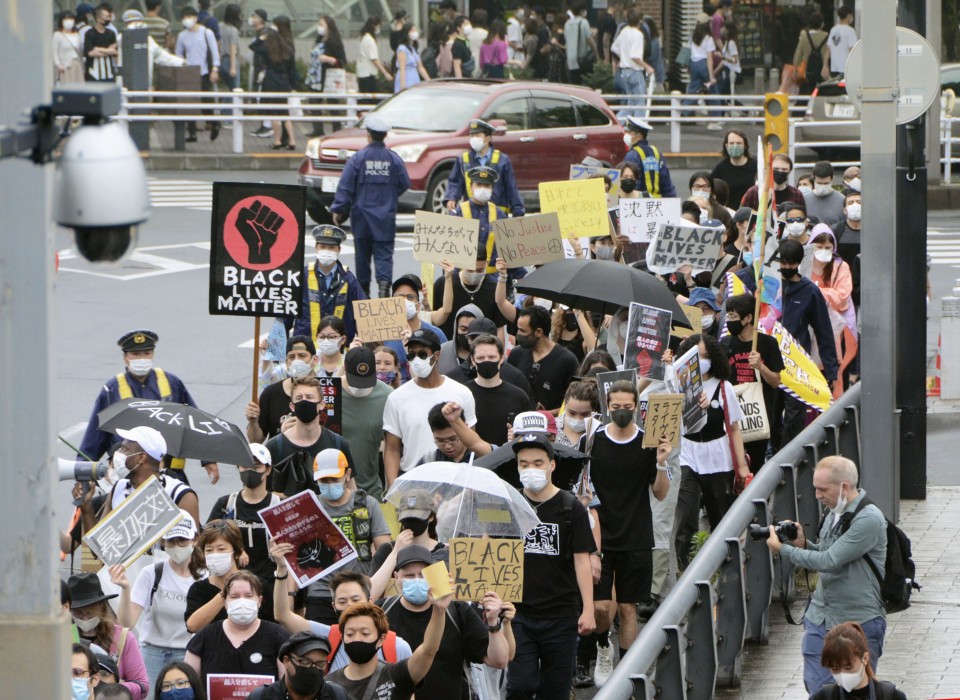 (People stage an anti-racism rally in Tokyo's Shibuya area on June 14, 2020, in protest against the death of an unarmed black man, George Floyd, in Minneapolis police custody)

"I feel that in Japan, this issue is being seen as fire on the other side of the river," said Natsuno Tokumi, a 25-year-old Yokohama resident who has lived in the United States. Tokumi added she attended the rally because she did not want things to end just as a case in which a person who is mistreated is pitied.

A 34-year-old African-American man, said, "Racial discrimination in the United States is deep-rooted, so much so there is always a fear of someday being killed by police. I hope the Japanese people too will take interest in the protest movement happening globally."

Organizers said Sunday's rally was initiated through social media channels by an African-American man who is a university student in Japan.

Protests in the United States have spread to Europe and Japan, with rallies also recently held in another area in central Tokyo and Osaka.

Japanese man arrested for forcing his pet cat to swim