The United States on Monday began revoking the special treatment extended by law to Hong Kong, heightening the stakes in its showdown with China over Beijing's moves to use a new national security law to tighten its grip over the territory.

The State Department said it is ending controlled defense exports to Hong Kong and will take steps to impose the same restrictions on the transfer of U.S. defense and dual-use technologies, which have both civil and military applications, to the special administrative region as it puts on mainland China.

The Commerce Department separately said that regulations affording preferential treatment to Hong Kong, including the availability of export license exceptions, have been suspended.

The move comes as the United States is stepping up pressure on China with the country's lawmakers expected to pass the national security bill into law on Tuesday. 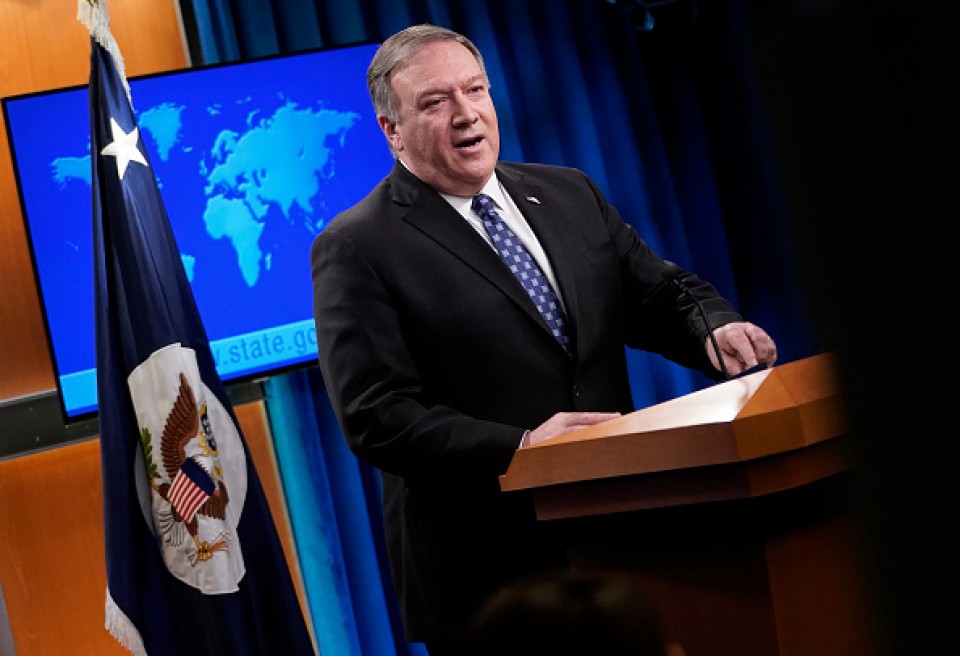 Last Friday, U.S. Secretary of State Mike Pompeo announced visa restrictions on current and former Chinese Communist Party officials who are believed to be responsible for, or complicit in, undermining Hong Kong's high degree of autonomy.

But the envisioned national security law, which targets acts of separatism, subversion, terrorism and collusion with foreign forces in Hong Kong, has sparked international condemnation that it would provide Beijing with more opportunities to erode freedoms and human rights in the territory.

After Beijing decided to introduce the law in late May, U.S. President Donald Trump vowed to start the process of withdrawing special treatment for Hong Kong, which has been offered on matters including tariffs and visa issuance.

Any threat to Hong Kong's special status may deliver a blow to the territory's role as an attractive investment destination and international financial hub. Hong Kong has also played a role as a fundraising conduit for Chinese firms.

Pompeo said Monday that the United States has been forced to take the action of ending exports of U.S.-origin defense equipment to Hong Kong to "protect U.S. national security."

"We can no longer distinguish between the export of controlled items to Hong Kong or to mainland China. We cannot risk these items falling into the hands of the People's Liberation Army, whose primary purpose is to uphold the dictatorship of the CCP by any means necessary," he said in a statement. CCP is the acronym for the Chinese Communist Party.

"Given Beijing now treats Hong Kong as 'one country, one system,' so must we," Pompeo said, adding that the United States is reviewing with other authorities and will "take additional measures to reflect the reality on the ground in Hong Kong."

In retaliation to the visa restrictions imposed by the United States, China said Monday that it will take similar steps targeting U.S. officials who "acted viciously" on Hong Kong affairs.