Japan's professional baseball began its season behind closed doors Friday after a nearly three-month delay caused by the coronavirus pandemic.

Nippon Professional Baseball's 2020 season had been slated to start on March 20 before the outbreak of the novel coronavirus halted sports events across the world. 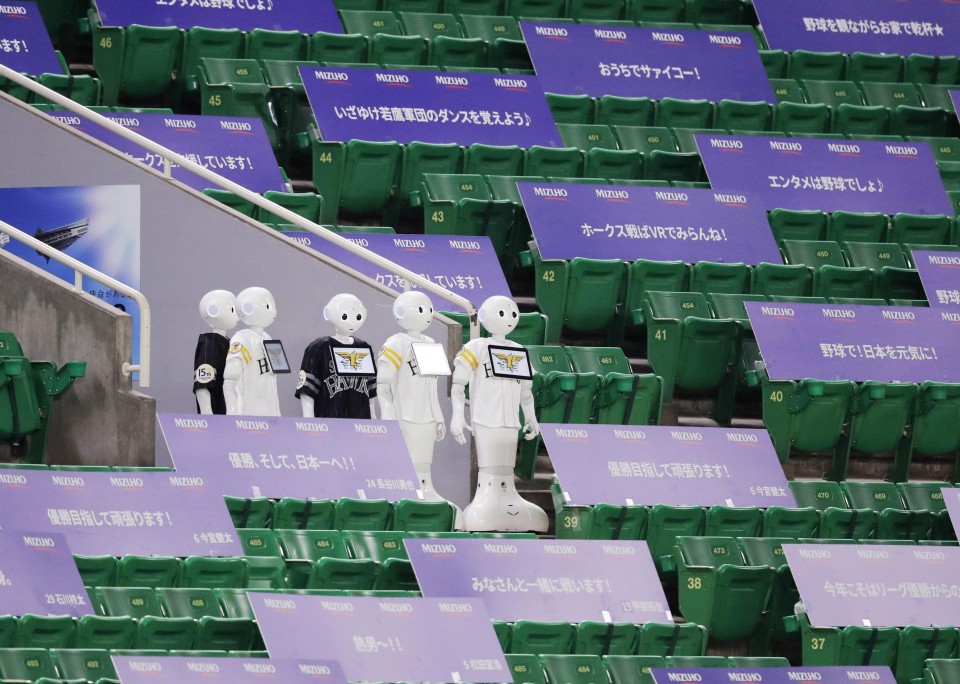 (Pepper humanoid robots cheer for the SoftBank Hawks in the stands at PayPay Dome in Fukuoka, southwestern Japan, on June 19, 2020, as the country's baseball season began without fans in the stands for the first time amid continued worries over the novel coronavirus)

Games will be initially held behind closed doors, for the first time in NPB's history, with an eye toward gradually increasing the number of spectators in line with national and local government policies.

And though no fans were admitted, some baseball lovers could still be found outside ballparks, longing for the day when it would be business as usual.

"I was fairly down after the season was delayed. I've been waiting and waiting for opening day," said 32-year-old Genta Kawai, a Yokohama native, who was shopping at the DeNA BayStars store outside the park, from where he and other fans could hear the sound of catching balls from inside Yokohama Stadium.

In Hiroshima, fans did get into Mazda Stadium for a public viewing to watch the Carp play in Yokohama on the stadium's big screen.

"It feels like it's finally back," said 52-year-old Teruko Matsuoka, who watched the Carp play from a distance. "I want to be able to come and see them play like usual as soon as I can."

Baseball is the first of Japan's major sports to reopen, with pro soccer's J-League scheduled to resume operation this month. The second and third divisions will have games from June 27, while the top flight J1 will resume from July 4. 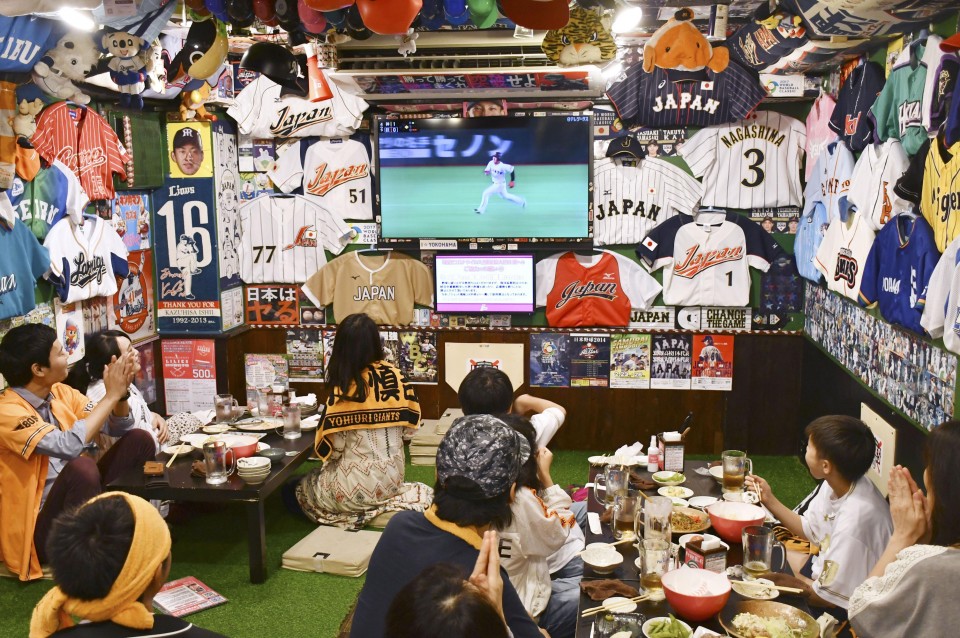 (Baseball fans celebrate the start of the coronavirus-delayed season at a pub in Tokyo on June 19, 2020. Japanese baseball's season began without fans in the stands for the first time amid continued worries over the novel coronavirus)

The regular season was shortened from 143 to 120 games as a result of the postponement and is set to conclude Nov. 7. This year's interleague matches, All-Star games and Central League Climax Series have all been cancelled.

The Pacific League will hold one stage of their Climax Series between the season's first and second place teams ahead of the Japan Series championship scheduled to begin Nov. 21.

NPB has created guidelines aimed at preventing the spread of infection, and devised an irregular schedule until late July to limit travel for each of the 12 teams.

The governing body will also adopt special rules to help teams get through the congested calendar, such as ending tie games after the 10th inning and expanding active rosters from 29 players to 31. The Pacific League, whose six teams are spread out across the length of the country from Fukuoka in the southwest to Sapporo in the north, will make use of extraordinary six-game series to cut down on travel.