A South Korean court is expected to consider in earnest by August at the earliest whether to order the sale of assets belonging to a Japanese steelmaker over a 2018 top court wartime forced labor compensation order that has roiled ties between the two countries.

The Daegu District Court's Pohang branch began on Monday the process of serving Nippon Steel Corp. relevant papers by way of publishing them on its website for a certain period. The servicing will be considered completed on Aug. 4.

Nippon Steel's assets in South Korea were seized by the court after it failed to pay damages to four Korean plaintiffs following an October 2018 Supreme Court ruling that found the men were mobilized to work for Japan Iron & Steel Co., Nippon Steel's forerunner, in the 1940s while the Korean Peninsula was under Japanese colonial rule. 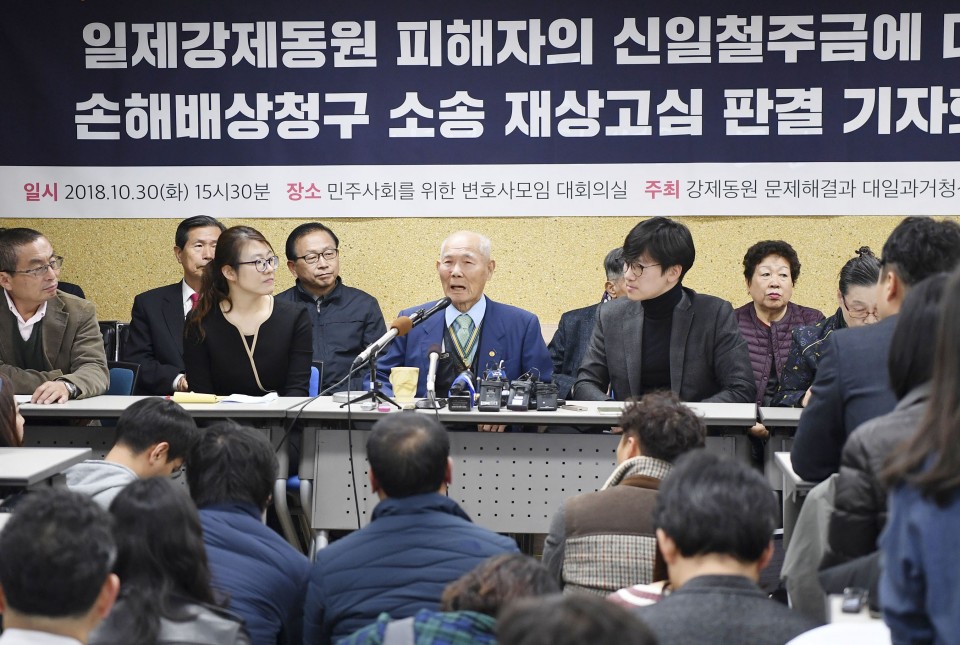 The court later sent relevant papers, including an order it issued to seize Nippon Steel's assets, to the Japanese Foreign Ministry to effectuate the notification process, but the documents were sent back, according to the plaintiffs' representatives.

The company did not comply with the compensation order as it heeded the Japanese government's position that the issue of claims stemming from the 1910-1945 colonial rule has been settled under a bilateral accord signed alongside a 1965 treaty that established diplomatic ties.

As a result, the plaintiffs had a portion of the company's shares in POSCO-Nippon Steel RHF Joint Venture, a joint venture with South Korean steelmaker POSCO, seized via the court and in May 2019 asked the court to order the sale of the shares.

Once the papers are considered served, the court is likely to order the sale. But if that happens, already chilled ties between the two countries could further worsen given that Tokyo plans to take retaliatory measures in the event the business interests of Japanese firms are harmed.

Mitsubishi Heavy Industries Ltd. is also among the Japanese companies whose assets have been seized in South Korea in connection with wartime labor compensation claims. The country's top court in November 2018 ordered the company to pay compensation to former laborers.