Japan's parliament enacted Friday a record 31.91 trillion yen ($298 billion) extra budget, allowing it to scale up measures aimed at mitigating the social and economic fallout from the coronavirus pandemic to twice the previous level.

As Japan faces the prospect of a new normal living with the virus, the second supplementary budget for fiscal 2020, designed to fund an additional package worth about 117 trillion yen, was approved by the House of Councillors.

With public frustration growing over what many have described as a slow response by Prime Minister Shinzo Abe's administration to the spread of the virus, the additional package was enacted only six weeks after approval of the 25.69 trillion yen first extra budget for the fiscal year from April.

The endorsement of the package, focusing on financial aid for front-line medical staff and subsidies for small businesses, followed its passage through the more powerful House of Representatives on Wednesday with the support of almost all opposition parties.

"This extra budget is a budget to create our new daily life in the era of coronavirus," Abe told reporters after the enactment. "With people's cooperation, I'd like to ride out this difficult situation."

A large majority of opposition lawmakers have stressed the need to implement more measures to soften the economic pain of the pandemic. But they are not all satisfied with the way in which new cash has been allocated. 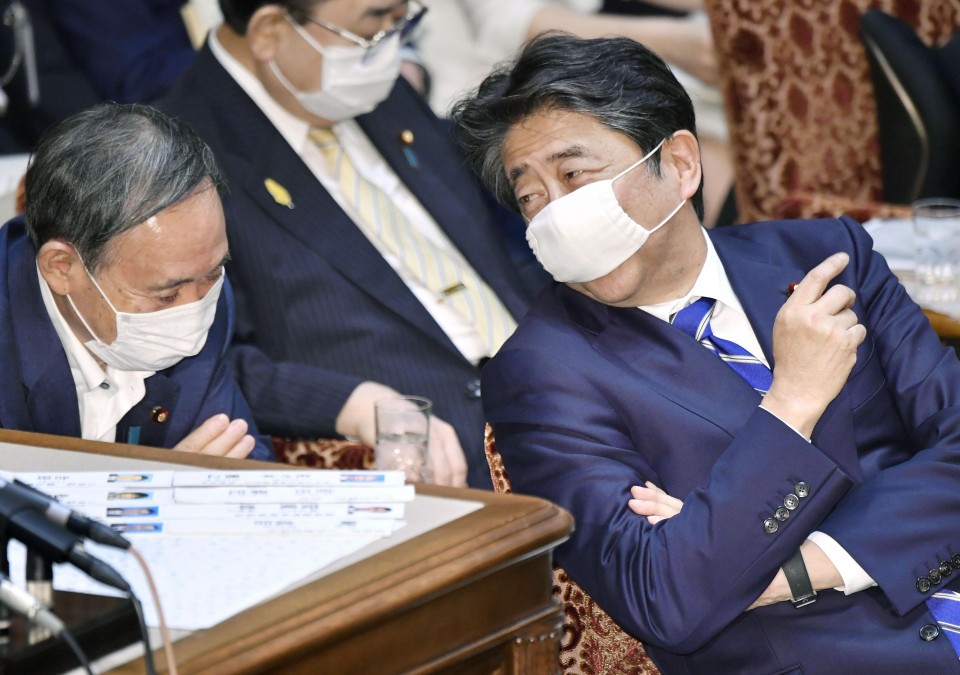 They have been intensifying pressure on the government over allegedly shady dealings involving advertising giant Dentsu Inc. in connection with a subsidy program for virus-hit firms, funded under the first extra budget.

The Abe administration has refused to extend the ongoing parliamentary session beyond next Wednesday even though opposition parties have repeatedly called for more time to question it over the latest budget and key political issues.

As part of the budget, the government will give 200,000 yen to each worker at hospitals treating COVID-19 patients and 100,000 yen to each member of staff at medical institutions that have secured beds and are prepared to accept people with the respiratory disease.

Some small firms and individual proprietors that are running low on cash will be provided with aid to an upper limit of 6 million yen to help them make rent payments.

Opposition parties have said a 10 trillion yen reserve fund in the second extra budget was too large to be used without a breakdown of the outlay and further Diet approval.

In response, the government has decided to earmark 5 trillion yen of the fund to helping firms maintain employment and strengthening the medical system.

Government debt, including 22.61 trillion yen in deficit-covering bonds, will finance the budget entirely.

The spending will push Japan's debt dependency ratio -- the amount of government bonds issued and other borrowings made annually as a percentage of total government expenditure -- to above 50 percent for the first time since fiscal 2009 following the global financial crisis.

The country's fiscal health is the worst among major economies, with public debt topping 1,100 trillion yen.

Asked about the possibility of forming another supplementary budget, Finance Minister Taro Aso told an upper house finance committee that effectiveness of the already decided measures needs to be monitored before discussing whether a new relief package is needed.

"I feel that (the economy) has bottomed out," Aso said.