Australia's national carrier Qantas Airways Ltd. said Thursday it will cut at least 6,000 jobs, or roughly one-fifth of its total workforce, and raise up to AU$1.9 billion ($1.3 billion) to accelerate its recovery from the impacts of the coronavirus pandemic.

CEO Alan Joyce said roughly 100 aircraft will be grounded for up to 12 months, including most of the airline's international fleet, and a further six Boeing 747 aircraft will be permanently retired six months ahead of schedule. 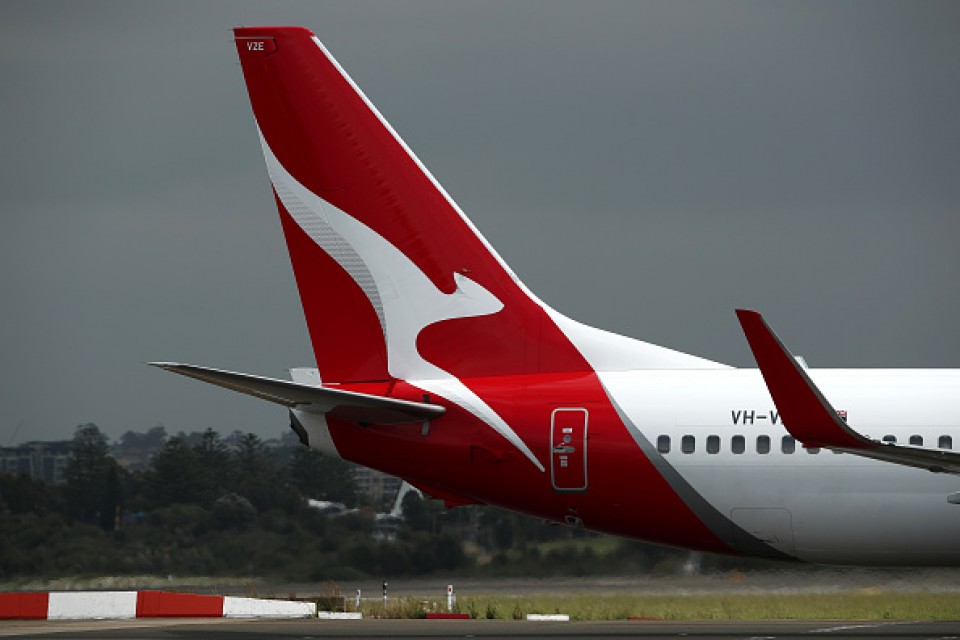 A Qantas commercial plane takes off at Sydney Airport in March 2019. (Getty/Kyodo)

"This is something that weighs heavily on all of us. But the collapse of billions of dollars in revenue leaves us little choice if we are to save as many jobs as possible, long term," Joyce said at a press conference.

New fleet deliveries including the Airbus A321neo and Boeing 787-9 have also been deferred.

In addition to the 6,000 job cuts from across all sectors of the company, a further 15,000 employees who have not been working since the end of March will remain temporarily stood down.

"Around half of those stood down will be back flying domestically, we think, by the end of the year. The remainder, mostly those supporting international flying, will return more slowly," Joyce said.

Approximately $1.4 billion will be raised via an institutional placement and up to $500 million through a share purchase plan, the company said.

Joyce said that despite travel restrictions between Australian states, there are "some green shoots domestically" with the airline hoping to return to 40 percent of its pre-coronavirus travel schedule by July. He said international services are unlikely to resume until July next year.

Airlines across the world have been reeling from the near-total halting of travel since the start of the coronavirus pandemic, with Australia's second-largest carrier and only other major airline, Virgin Australia Holdings Ltd., placed under voluntary administration in April.

Travel from Japan to Vietnam to partially resume this week: Motegi