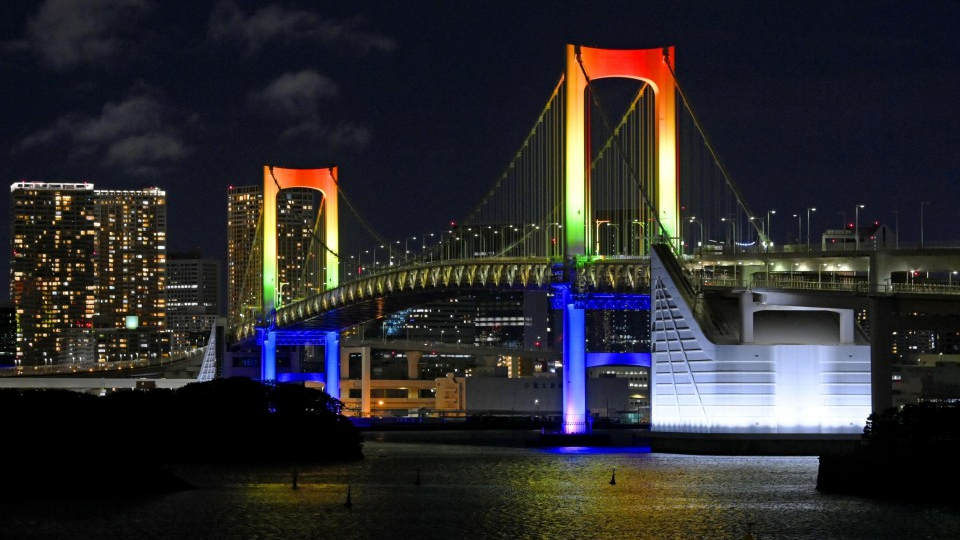 Rainbow Bridge in Tokyo is lit up in a seven-color scale on June 11, 2020, after the metropolitan government lifted its warning about a possible rise in coronavirus cases. (Kyodo)

TOKYO - The Tokyo metropolitan government on Thursday lifted its warning about a possible increase in the number of coronavirus infections in the capital, moving a step closer to a full resumption of economic and social activities in the capital.

Aside from the lifting of the "Tokyo alert," which Gov. Yuriko Koike issued June 2, the metropolitan government further eased restrictions on business activities in Tokyo midnight Thursday.

The next phase of easing business restrictions allows karaoke boxes, arcade centers and pachinko parlors to reopen, as well as restaurants and pubs to operate longer hours.

"We have almost finished requesting (companies) to suspend their businesses. We are entering a new stage where we are able to fully carry out economic and social activities," Koike said.

"We need to take appropriate anti-virus measures to prepare for a possible second wave of infections," she added. 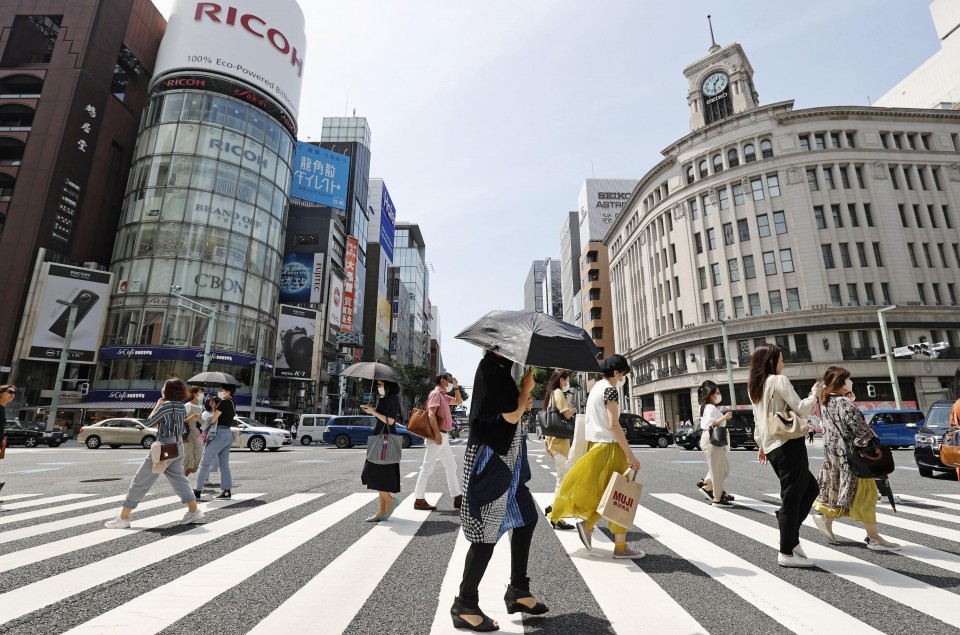 Koike announced the end of the warning and the transition to the third phase as the number of new daily cases and unidentified transmission routes in Tokyo has remained stable and below its numerical conditions for lifting the warning.

The capital would also be able to secure sufficient provisions in medical facilities, according to the Tokyo government.

Nightclubs and similar entertainment establishments, which are not included in the third phase, will be permitted to reopen from June 19.

The metropolitan government will also drop requests to shorten operation hours for all eateries the same day.

Tokyo, with a population of about 14 million, laid out a three-step plan to ease virus restrictions, with museums, schools and sports facilities without spectator stands reopened in the first phase, following the lifting in late May of a state of emergency.

Just a day before the alert was issued, Tokyo moved to the second phase, enabling most facilities such as movie theaters and sports gyms to reopen.

On Thursday, the Tokyo government reported 22 new infections, compared with 18 the previous day. Of the 22, six were connected to nightclubs and similar entertainment establishments, while 10 had unidentified transmission routes.

The total number of new cases confirmed during the Tokyo alert numbered 165, with 59 infections related to the establishments.

Figures of daily increases in the capital had dropped to as low as two just before the state of emergency was lifted on May 25, but new cases had increased to double digits since June.