Japanese golfers Hideki Matsuyama and Ryo Ishikawa announced Monday they have launched a project to raise funds to aid the fight against coronavirus.

The 28-year-olds are listing golf merchandise on Yahoo Auctions until June 14, and will donate the proceeds to a support fund. They also plan to release a series of YouTube videos featuring them talking and practicing together. 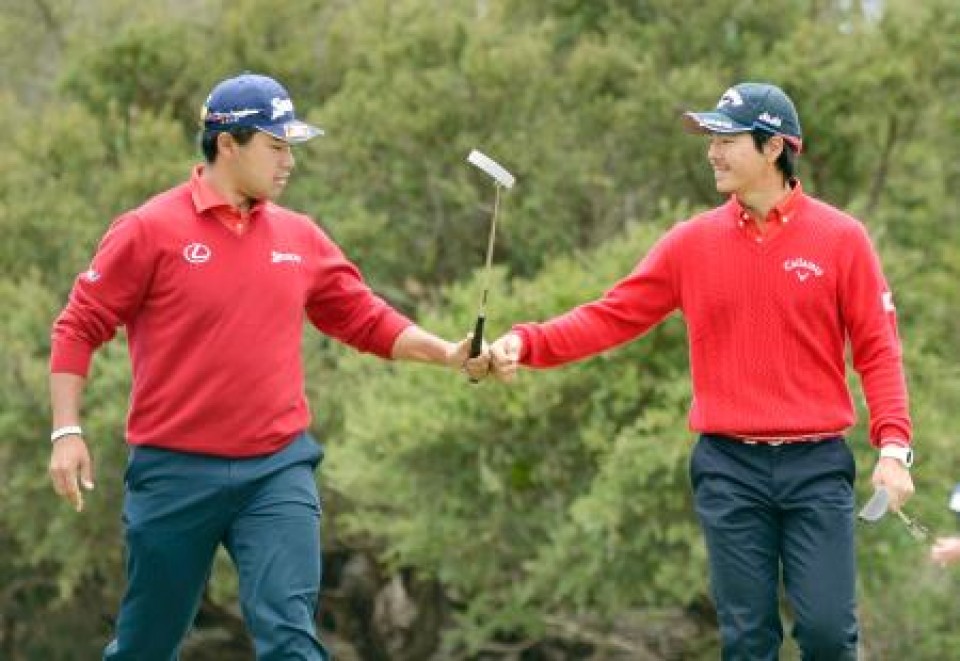 The pair said they decided the best way they could contribute to the battle against the pandemic was to showcase their activities to fans.

"We would like to extend our sympathies to those who have suffered or died from the new coronavirus," the two said in a statement on Ishikawa's website.

"We are also grateful to the health care workers in Japan and overseas who are giving it their all every day. We have always been encouraged by our fans -- we'll take strength from that and do our best."