Just 29 of Japan's 47 municipalities hosting prefectural government offices are planning to start emergency cash handouts within May, a Kyodo News tally showed Friday, in a sign that the novel coronavirus pandemic has complicated administrative efforts to swiftly implement relief measures.

Prime Minister Shinzo Abe has been aiming for the distribution of 100,000 yen ($936) per resident this month. But many municipalities are also busy implementing steps to contain the virus under the nationwide state of emergency, which is almost certain to be extended for another month through early June. 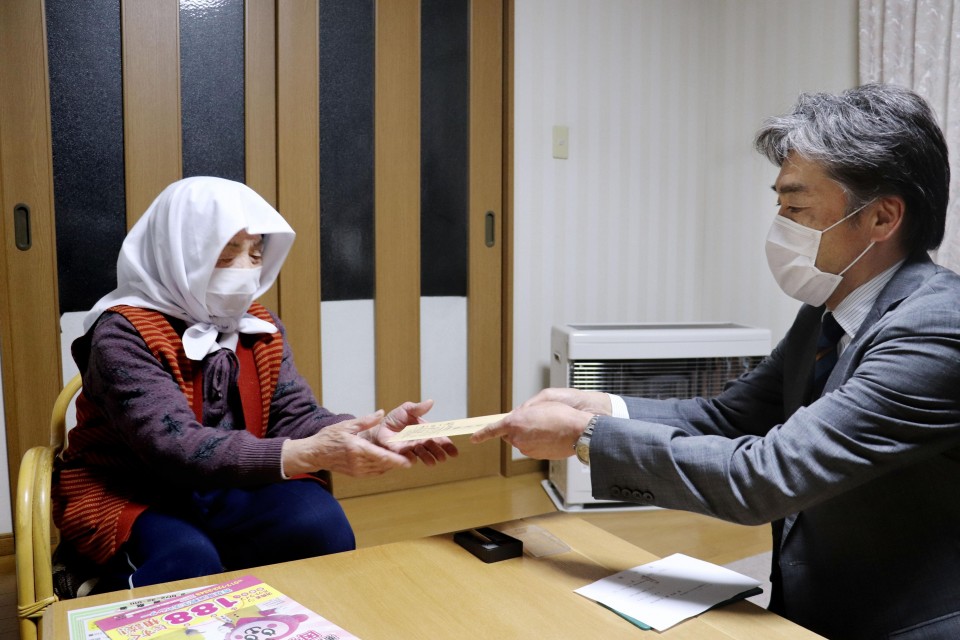 (A woman receives 100,000 yen in cash from an official of the Nishimeya town government in Aomori Prefecture, northeastern Japan, on April 30, 2020.)

Parliament enacted Thursday a 25.69 trillion yen extra budget for fiscal 2020 to finance an emergency policy package, including the cash handouts.

The municipal government of Wakayama in western Japan is aiming to provide the money this month, saying its officials are working to that end without taking days off.

Kobe is also one of the 29, saying it is planning to send application forms to households with children first to ensure that families in need will receive necessary documents quickly. 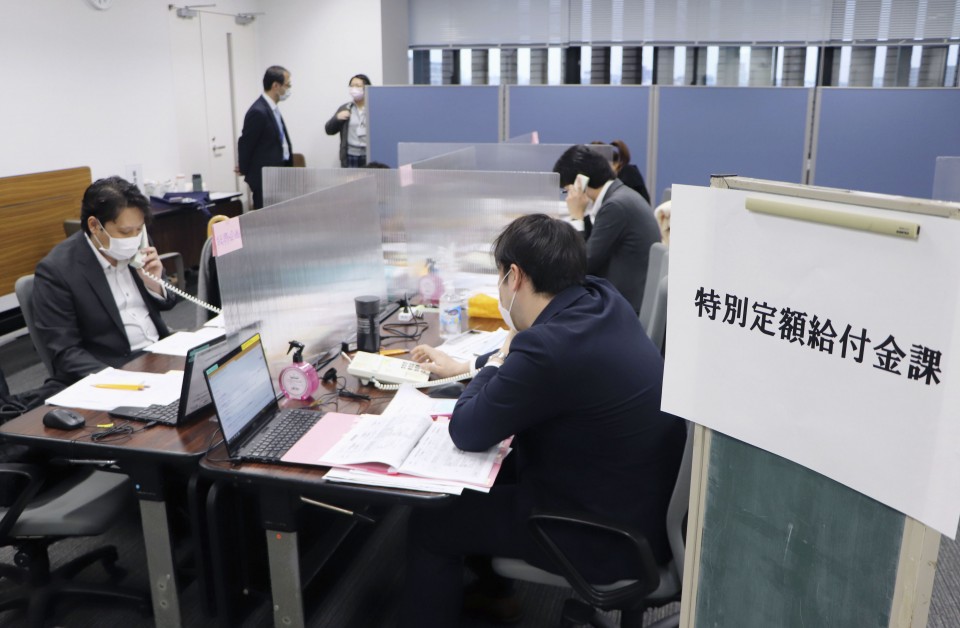 Among other municipalities, eight including Shizuoka, Osaka and Hiroshima said they are aiming to start distributing the handouts in June or later, while 10 including Sapporo, Nagoya, Yokohama and Tokyo's Shinjuku said they were unable to clearly state when they would start.

Many of those struggling cities said it will take time to create and send necessary documentation to households.