Nippon Professional Baseball Commissioner Atsushi Saito said Monday the organization's 12 teams are aiming to start the 2020 season in the second half of June following postponement due to the coronavirus outbreak.

The commissioner also revealed that the All-Star game, originally slated for July, will be canceled for the first time since its initial staging in 1951, as selecting players would be difficult given the season's significant delay.

During a joint meeting with soccer's J-League on virus countermeasures, NPB opted to postpone deciding exactly when to hold opening day based on the opinion from the group's experts that it is still too early to determine an exact date.

"While keeping an eye on the infection situation until the end of the month, we will carefully assess the situation, carefully make preparations, and if all the requirements are in order, the 12 teams are in agreement to try to open the season somewhere between the middle and end of next month," Saito said at a press conference.

This year's NPB season was scheduled to start on March 20 before infections spiked across Japan and a state of emergency was declared in April due to the spread of the coronavirus. 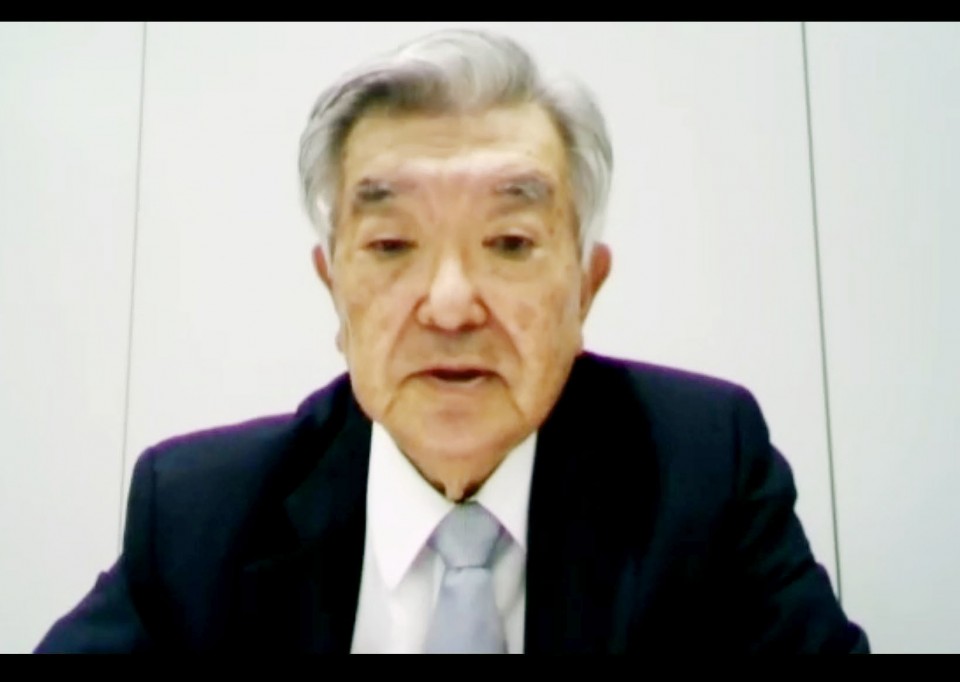 (Nippon Professional Baseball's commissioner Atsushi Saito is pictured in Tokyo during a video conference with Mitsuru Murai, chairman of J-League football, on May 11, 2020, to discuss what the leagues will do with their seasons amid the coronavirus pandemic.)

Of the 143 regular-season games on each team's 2020 schedule, 18 interleague games have already been cancelled. Saito hinted that the remaining 125-game schedule would also likely be shortened.

"The timing is getting trickier and trickier. I think the number of games will decrease to some extent," Saito said.

NPB is currently drawing up guidelines on how to safely hold games amid the unprecedented circumstances, and has received instructions from the Taiwanese and South Korean pro leagues which opened their seasons behind closed doors.

The 12 teams plan to meet again on May 22 to discuss opening day after the government analyzes the coronavirus situation across Japan.

Some teams have begun making preparations for the prospective start of the season, including scheduling intra-squad matches for later this month.

"Things could be a little tight given the timeframe we have to work with. We're preparing to start the season with that in mind. I hope we can play 100 games, perhaps 120," Yomiuri Giants manager Tatsunori Hara said.

News of the All Star game's cancellation, meanwhile, was met with disappointment from some players.

"It just can't happen this year," said Seibu Lions infielder Hotaka Yamakawa, who would have been in line to make his third straight appearance for the Pacific League in the showcase event.

Orix Buffaloes outfielder Masataka Yoshida said the cancellation would make him more determined to put on a show in regular season games.

"I'll try even harder to give the kind of performance that fans will enjoy," he said.