Britain sets out strategy to reopen country after virus shutdown

British Prime Minister Boris Johnson set out Sunday a roadmap to gradually ease restrictions imposed through July due to the coronavirus pandemic.

Johnson mapped out how society could be reopened over the next few months subject to keeping the rate of infection down, particularly in care homes and hospitals. 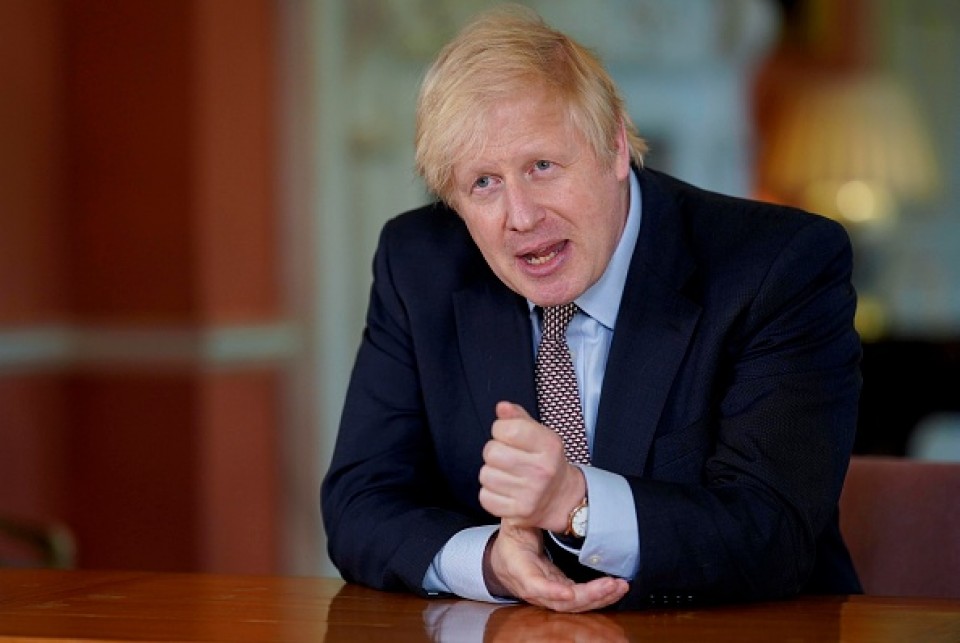 (In this handout image provided by No 10 Downing Street, Britain's Prime Minister Boris Johnson records a televised message to the nation released on May 10, 2020 in London, England)[Getty/Kyodo]

Japan looks to lift emergency declaration in most prefectures

In a televised address to the nation, he said Britain had "been through the initial peak," but "it is coming down the mountain that is often more dangerous."

Johnson, who was hospitalized for a period after contracting the virus, added, "We will come back from this devilish illness."

The premier said anyone who cannot work from home, such as those in manufacturing and construction, should now be actively encouraged to go back to work.

He added workers should avoid public transport if possible and use cars and bicycles instead. Since the restrictions came into effect on March 23, offices in Britain largely remain closed with staff advised to work from home.

From Wednesday, people will be allowed to take unlimited amounts of exercise outdoors and play sports with members of their household while still maintaining social distancing of 2 meters at all times.

Johnson also said he aims to start opening schools and shops from June. Currently, only stores selling food and medicines are generally allowed to open.

By the start of July, he wants to open some hospitality outlets as well as other public spaces.

However, he warned all measures would be dependent upon the science and the public health situation.

The prime minister also signaled it will soon be necessary to impose quarantine on people coming into Britain by air to prevent cases being imported from overseas.

Johnson revealed Britain will create a new biosecurity center to give regular warnings on the strength of the virus in the community and alert authorities to any hotspots. The government will also introduce a mobile phone tracking system to trace possible cases.

Britain currently has the highest number of deaths due to the coronavirus in Europe with over 31,000 fatalities.