Ledecky had earlier this year launched a STEM educational program in partnership with Panasonic aimed at encouraging high school students to pursue careers in science, technology, engineering and mathematics. 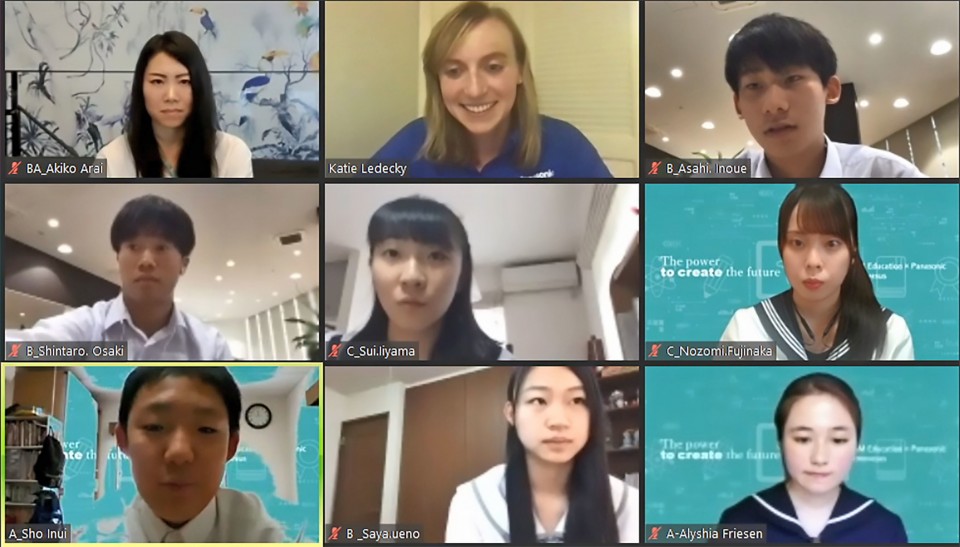 Around 20 Japanese students with prior exposure to STEM education participated in Sunday's event titled "The power to create the future," which was also live streamed on YouTube.

Ledecky spoke to the students, who hailed from seven prefectures across Japan, about the appeal and importance of STEM education, while students expressed how interesting and meaningful it was to solve problems through an interdisciplinary approach.

"What did you think about the postponement of the Tokyo Olympics?" one of the participating students asked in the second part of the event, which was a free question session.

"I'm very grateful they were postponed and not canceled," Ledecky said, after stressing that she felt it was the right decision based on the situation despite having trained for four years for the Tokyo Games.

When asked by another student about the importance of having ambition, Ledecky, who is a five-time Olympic gold medalist and 15-time World Champion swimmer, responded, "I think it is very important to have a dream and to have goals, but don't limit off to just one goal or one dream."

Ledecky also encouraged the students in her closing remarks, saying "I really hope I will be there in your beautiful country next year for the Olympics. Until then, keep working hard." 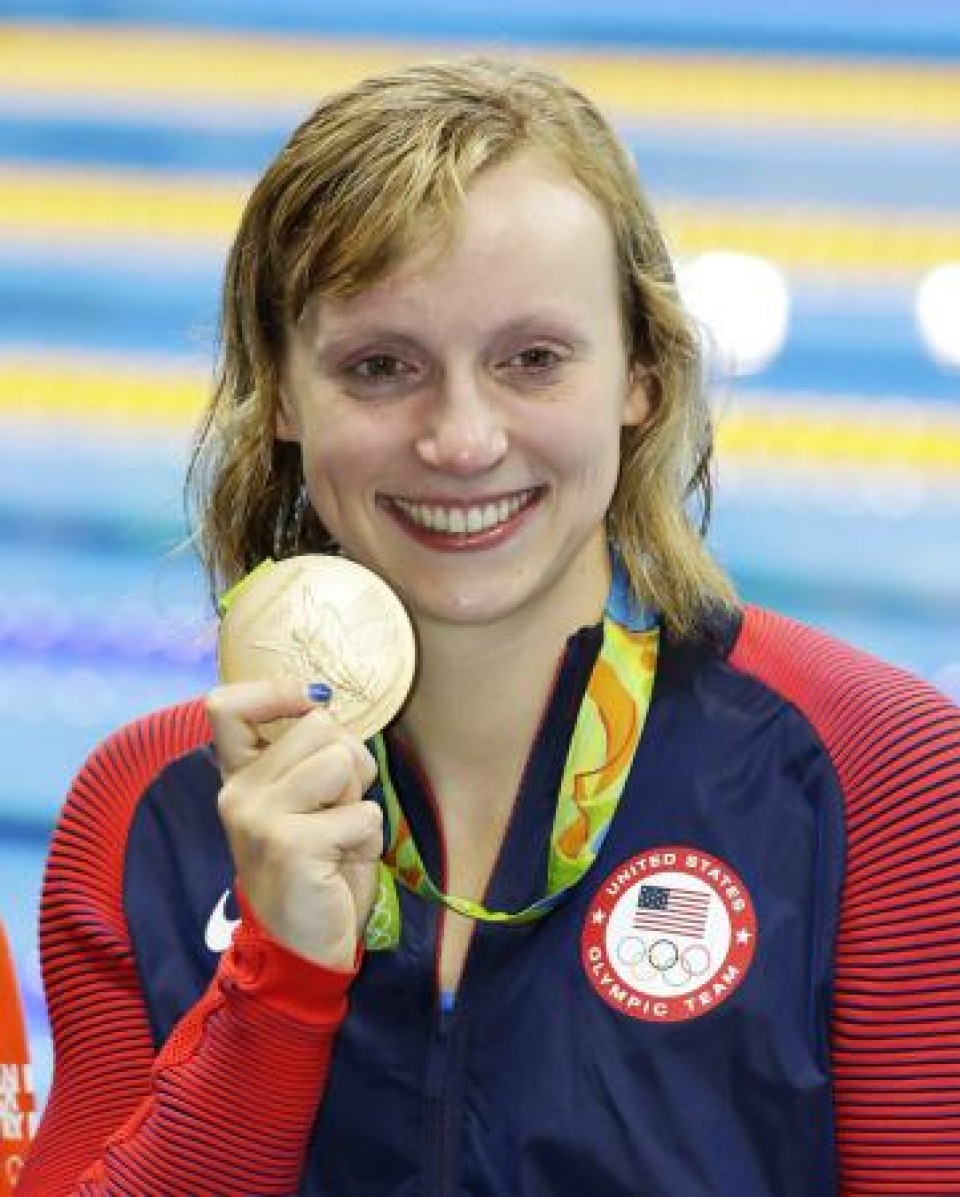 Katie Ledecky of the United States shows the gold medal she won in the women's 800-meter freestyle swimming final at the Rio de Janeiro Olympics on Aug. 12, 2016. Ledecky set a world record of 8 minutes, 4.79 seconds. (Kyodo)