With many Japanese inns facing the threat of closure amid the novel coronavirus pandemic, people are turning to an online project to support them by making payments toward future stays.

The website of Tane Project enables people to register as supporters of listed inns and pay at least 5,000 yen ($47) toward a stay at the inn in the future. 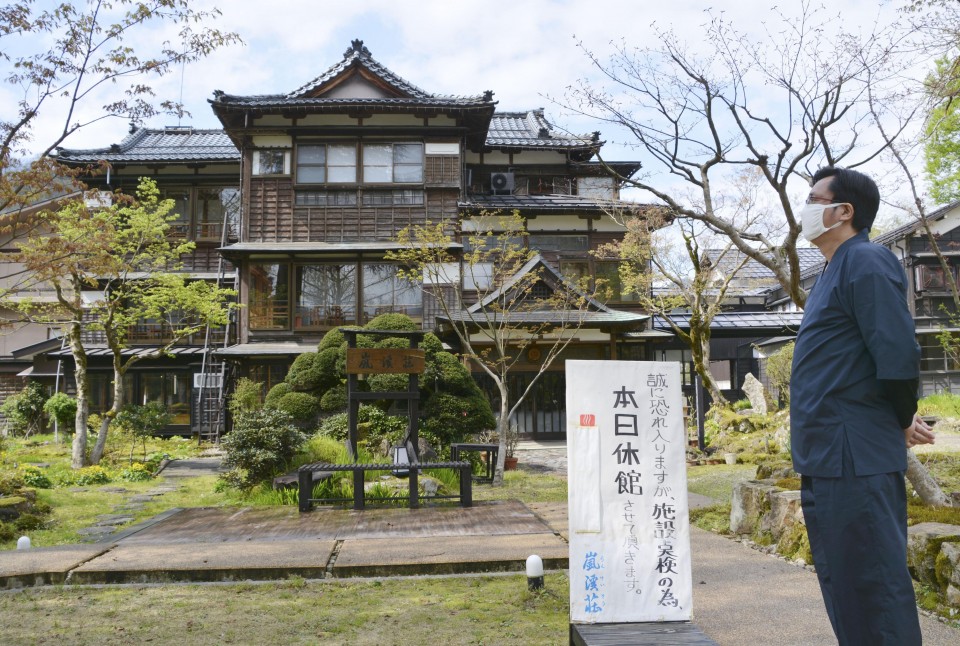 The supporters receive proof of payment, valid for three years, and pay the remainder of the costs when they actually stay at the inns.

The website was set up by Naohiko Niwa, a 51-year-old resident of Himi, Toyama Prefecture, who has been making websites for inns.

He first set up the platform to help inns in northeastern Japan that were suffering after a massive earthquake and tsunami in 2011 and it operated for two years. Niwa restarted the website in early April this year after one of the inns in Miyagi Prefecture reported that it was facing an even more serious situation than nine years ago.

As of early May, more than 60 inns were listed on the website and around 1,500 supporters had paid a total of more than 40 million yen to them.

"We've received a large amount of money and many messages, and it made me cry," said Keigo Otake, 48, who manages Rankeiso in Sanjo, Niigata Prefecture, adding it had made him think twice about giving up.

The inn saw a 90 percent drop in guests in April from a year earlier, while the cost of keeping open weighs heavily.

But through the website, it received more than 3.5 million yen and more than 100 messages of encouragement. One of the messages said, "We have stayed on special occasions like family birthdays. We are with you," while another stated, "I can't think of a life without the inn."

"Indicating that one will stay at the inns for sure gives hope to the people who work there," said Niwa. "We hope people's encouragement will reach the inns."