Thirty-eight of Japan's 47 prefectures are set to fully reopen their economies on Monday as they seek to strike a balance between rebuilding the economies hit by the coronavirus and implementing measures to prevent a second wave of infections.

Schools will also reopen across the country, a week after Prime Minister Shinzo Abe fully lifted the nation's state of emergency declared over the pandemic.

With businesses resuming in stages from early May, a total of 38 prefectures such as Hokkaido, Aichi and Hyogo will lift restrictions on operations of shops and leisure facilities on Monday.

Given their small number of infection cases, Okayama and Tokushima prefectures had not filed requests that businesses suspend operations as part of efforts to curb the virus spread. 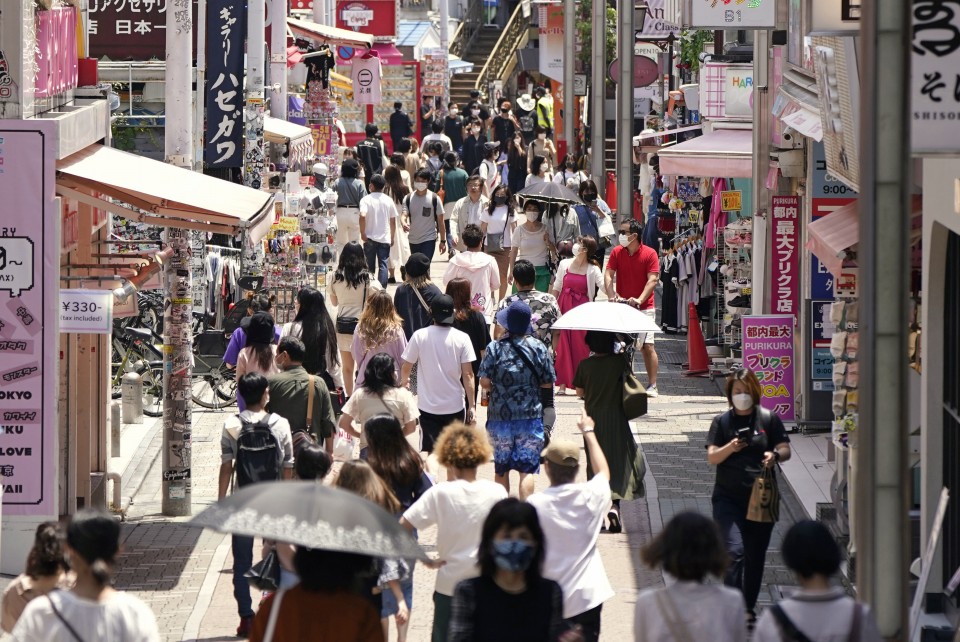 (Tokyo's Harajuku shopping area is busy with foot traffic on May 30, 2020, on the first weekend after Japanese Prime Minister Shinzo Abe announced an end to the coronavirus state of emergency)

In the remaining seven prefectures including Tokyo and Fukuoka, such requests will be maintained for businesses with records of having clusters of infection, such as clubs with live music.

With a decreasing number of new infections, Tokyo is set Monday to enter the second phase of a relaxation of business restrictions, which will include the reopening of most facilities such as cinemas, sports gyms and cram schools.

But the situation remains in the balance in Tokyo, which has been hit hardest in Japan by the pneumonia-causing virus, after the metropolitan government reported 14 new infections in the capital on Saturday.

Although it was down from 22 the previous day and a peak of more than 200 in mid-April, the figure reached double digits for the fifth straight day. It has been on a slight increase since Abe lifted the emergency with the daily average over the past seven days standing at 13.4.

The request in Fukuoka, meanwhile, will solely target Kitakyushu, a city that has seen an increase in the number of new infections with 16 reported on Saturday.

The daily figure has turned upward since May 23 with 85 cases confirmed in total over the past eight days.

Speaking to journalists on Saturday, economic revitalization minister Yasutoshi Nishimura expressed a sense of alarm about the recent infection numbers in Tokyo and Kitakyushu.

"Both are rising on a weekly basis, so I'm keeping a nervous eye on them," Nishimura said.

As infection routes have been trackable with only some of those affected in Kitakyushu, he pointed out there is a chance of community transmission occurring with "infected persons spreading throughout the city."

Aside from Tokyo and Fukuoka, the prefectural governments of Ibaraki, Saitama, Chiba, Yamanashi and Gifu will also maintain the request that certain business temporarily suspend operations.

Infectious disease experts have been calling on the public to remain alert for a second wave of infections even after restrictions are eased or lifted.

Following Abe's declaration of the end of the national emergency over the virus, elementary, junior high and high schools will resume classes on Monday.

In Tokyo and other municipalities with many reported infection cases so far, however, schools are to deploy staggered arrival times and shortened class hours for students.