Prime Minister Shinzo Abe said Thursday the government aims to enact a second extra budget to finance additional steps to ease the impact of the coronavirus pandemic before the current Diet session ends on June 17. 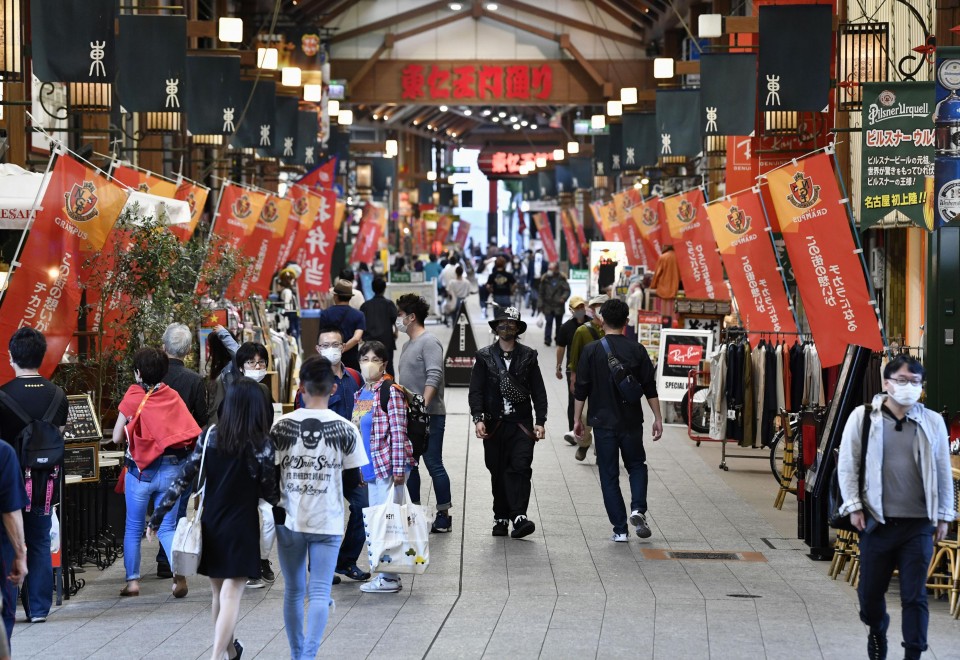 (Photo take on May 14, 2020, shows a shopping street in Nagoya, Aichi Prefecture, central Japan, shortly after Japanese Prime Minister Shinzo Abe announced the lifting of a coronavirus pandemic state of emergency in 39 of Japan's 47 prefectures, including Aichi.)

The plan came to light when Abe lifted a state of emergency declared over the pneumonia-causing virus for 39 of Japan's 47 prefectures.

The Cabinet will approve the supplementary budget around May 27, according to Abe.

"I decided that stronger measures will be needed to move forward step by step along with Japanese citizens toward a new daily life," he told a press conference.

The nation is undergoing a "once-in-a-century crisis" that Abe said was incomparable with the 2008 global financial crisis.

The envisaged stimulus includes aid for rent payments by cash-strapped business owners, he said, without touching on details.

The upper limit of subsidies for companies to retain employees despite suspending business will be raised to 15,000 yen ($140) per day from the current 8,330 yen, Abe said, claiming it was "the most generous level in the world."

Among other measures, the government brought up a plan to extend 100,000 yen to around 400,000 university students in Japan who are unable to earn enough from part-time jobs due to the virus epidemic.

The level of aid per student will double in more serious cases, officials said, when briefing members of the ruling Liberal Democratic Party about the plan.

The aid for students will involve 50 billion yen out of a 1.5 trillion yen reserve fund earmarked in the first extra budget for fiscal 2020.

Abe initially declared a monthlong state of emergency until May 6 covering Tokyo, Osaka and five other prefectures. He expanded it to the whole of the country in mid-April while pushing back its expiration to May 31.

Economic revitalization minister Yasutoshi Nishimura said during an upper house committee session that the government will continue to ask people to refrain from crossing prefectural borders and holding large gatherings, even after the state of emergency is lifted.