Around 80 percent of mayors across Japan disagree with or are wary of a proposed shift in the start of the academic year to September from April, according to a recent survey conducted amid the closure of schools due to the novel coronavirus pandemic.

The heads of municipalities nationwide said the government should instead concentrate on preventing the spread of the virus, according to the questionnaire survey conducted by the Japan Association of City Mayors. 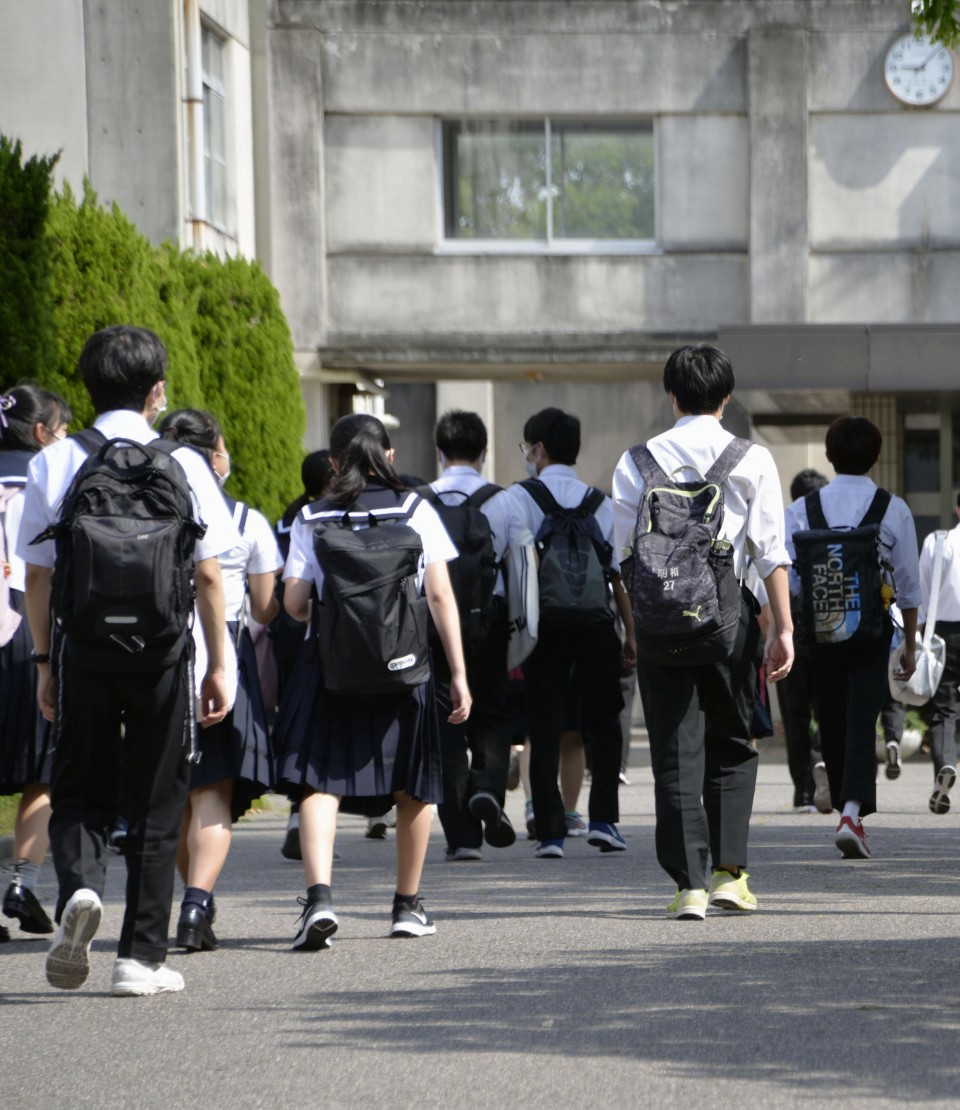 High school students arrive at their school in Nagoya, central Japan, on May 25, 2020, as the school reopens after being closed for about one and a half months due to the outbreak of the new coronavirus. (Kyodo)

Prime Minister Shinzo Abe has said he will consider moving Japan's academic year from April to September, which is a common start in other countries.

Many schools across Japan closed following a government request to do so in late February, with classes now expected to resume next month.

The survey covered 815 municipal heads in Japan, of whom 576 responded. In the survey, 18.1 percent agreed with changing the start of the academic year, while 17.9 percent disagreed. Another 62.5 percent said they were wary of such a change and nine declined to answer.

Meanwhile, among 47 village and town mayors, one in each prefecture, questioned by the National Association of Towns and Villages, only three supported changing the start of the school year, with 38 opposed and six saying they neither agreed nor disagreed.

At a recent meeting of a working panel of the ruling Liberal Democratic Party to discuss a potential change to academic terms, the heads of three local bodies including the National Governors Association participated online and reported the results of the survey.

"All efforts should be taken to fight the coronavirus," said Hidekiyo Tachiya, mayor of Soma, Fukushima Prefecture. "This is not the time to debate the September academic term."

Former education minister Masahiko Shibayama, who heads the panel, told reporters after their meeting that the government is expected to present its ideas on the issue early next month

"The opinions of the heads of the municipalities are important," he said.