Prime Minister Shinzo Abe came under fire on Friday after Japan's second-highest ranking prosecutor, said to be favored by Abe's administration, resigned for going out gambling with reporters during the coronavirus state of emergency.

The departure of Hiromu Kurokawa as head of the Tokyo High Public Prosecutors Office came after the government in January delayed his retirement date for another six months.

Opposition lawmakers insisted Abe and Justice Minister Masako Mori be held accountable for allowing him to remain in his post even after he turned 63, the retirement age for prosecutors. 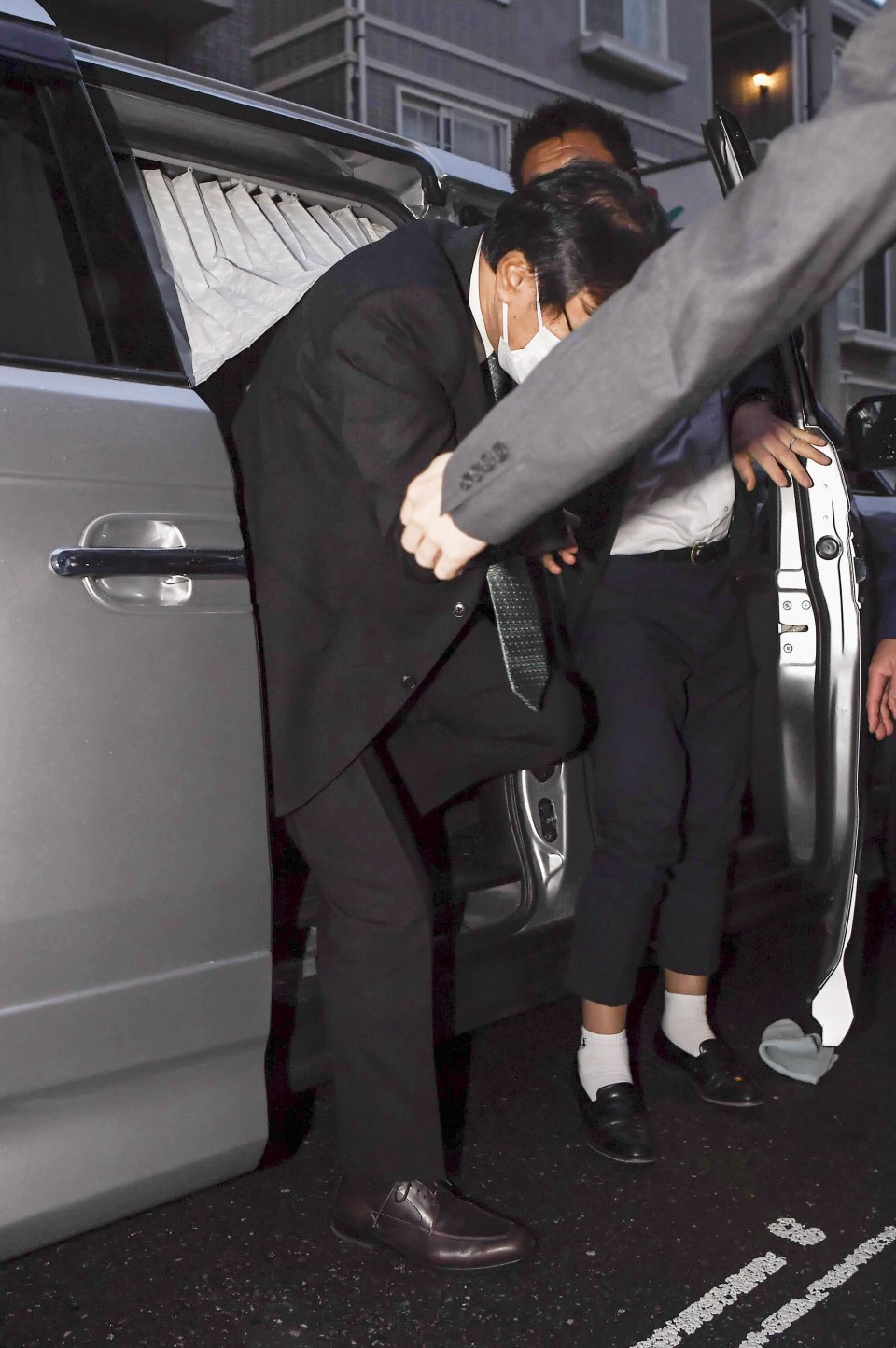 (Hiromu Kurokawa, chief of the Tokyo High Public Prosecutors Office, arrives at his home in Tokyo on May 21, 2020, after offering to resign over a gambling scandal involving him)

The gambling scandal, first reported by a weekly magazine on Wednesday, came out also amid mounting public criticism over the government's efforts to push through legislation to raise the mandatory retirement age for prosecutors, instead of changing a legal interpretation that was applied to Kurokawa's term extension.

Jun Azumi, a senior member of the Constitutional Democratic Party of Japan, said neither Abe nor Mori had "assumed political responsibility at all."

Abe said he had no intention to step down and that he instructed Mori to remain in her role after she sought guidance on whether she should quit.

"I have been entrusted with stopping the spread of coronavirus, and protecting the health and lives of the people as well as employment and businesses," he told a parliamentary committee.

Mori told a press conference, "It will be a very difficult road ahead, but I've come to the conclusion that there can't be a delay in implementing judicial policy."

Kurokawa's resignation was formally approved by the Cabinet on Friday, a day after he admitted to playing mahjong for money with three current and former reporters earlier this month and said he would quit his post.

Speculation was rife that the government was looking for Kurokawa to succeed Prosecutor General Nobuo Inada, who is expected to retire in July. 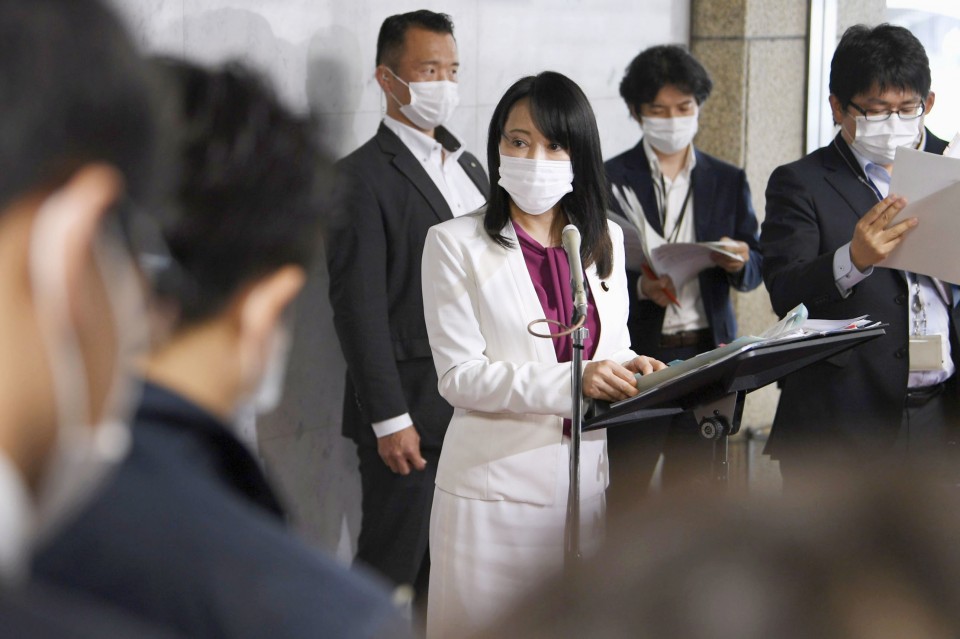 Japanese Justice Minister Masako Mori (C) speaks at a press conference in Tokyo on May 22, 2020. The Cabinet approved the resignation of the country's second-highest ranked prosecutor, believed to be favored by Prime Minister Shinzo Abe, for playing mahjong for money, potentially in violation of the law. (Kyodo)

After critics pointed out that the extension of the term for the former vice justice minister, who became the capital's top prosecutor last year, likely violated the law, the government and ruling coalition sought a revision that would allow the Cabinet to raise the retirement age to 66 for high-ranking prosecutors at its discretion.

The move sparked a public backlash, including rare protests by celebrities on Twitter, amid concern this would hinder the separation of powers between the executive and judiciary.

The government and ruling coalition on Monday gave up seeking approval of the revision, which is part of a bundle of legislation to raise the retirement age for all public servants, during the current Diet session that is slated to end in mid-June.

On Friday, Abe said he will review the government's proposal for revision, which was also supposed to raise the retirement age for school teachers, police officers and Self-Defense Forces members.

Some ruling party lawmakers are against scrapping the legislation, saying it is aimed at keeping Japan's graying population in the workforce.

According to the magazine, Kurokawa played mahjong with two reporters from The Sankei Shimbun daily and an employee of The Asahi Shimbun daily on May 1 and May 13.

Kurokawa may face criminal charges as Japanese law prohibits unauthorized gambling, which is punishable with a fine of up to 500,000 yen ($4,600). But the letter of the law is somewhat ambiguous as it exempts small bets that are one-off or infrequent.

The incidents took place despite a state of emergency having been declared in Tokyo and several other prefectures on April 7, and later expanded nationwide, with residents asked to stay home, and some businesses to close temporarily to avoid spreading the virus.

The Sankei Shimbun and The Asahi Shimbun ran articles in their Friday morning editions admitting their employees played mahjong for money. The Asahi also identified Kurokawa as having been at the game. Both newspapers apologized.