Japan's ruling parties finalized on Friday a plan to cover part of the monthly rent of small and midsize businesses struggling under the economic impact of the new coronavirus.

Under the proposal submitted to Prime Minister Shinzo Abe, the government will shoulder two-thirds of rent for up to six months if small businesses, irrespective of sector, experience revenue drops.

Smaller businesses that are eligible to receive rent relief need to have logged either a revenue fall of over 50 percent from a year ago or of over 30 percent within the past three months. 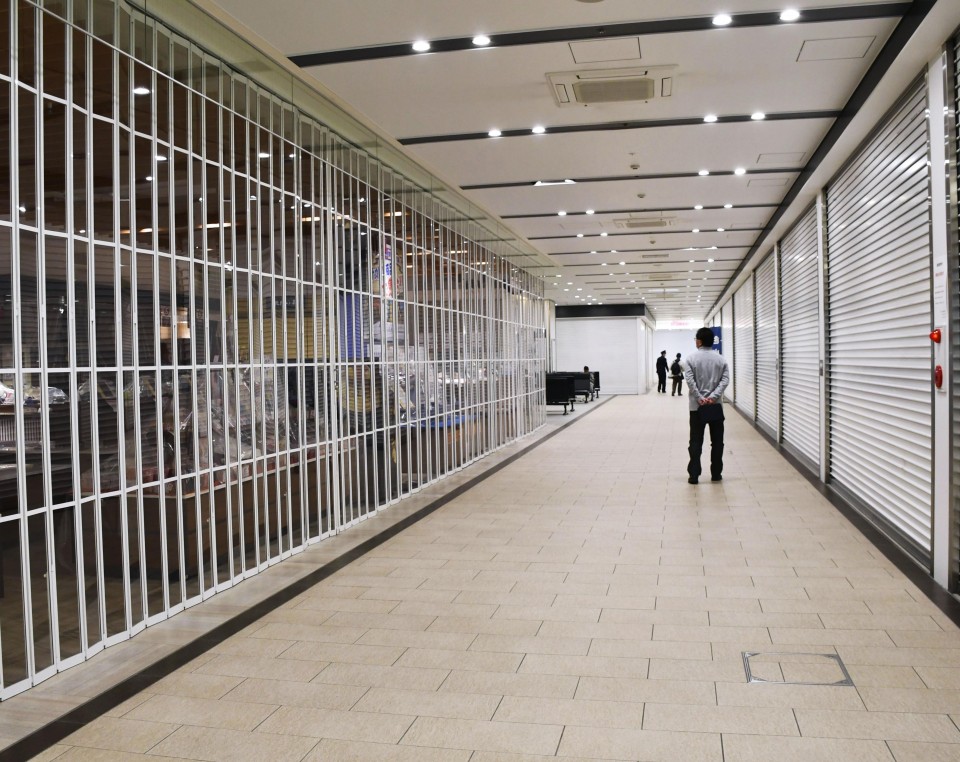 (Gift shops at JR Kanazawa Station in central Japan are closed on May 2, 2020, during the Golden Week holidays under the state of emergency declared over the coronavirus pandemic)

"Based on the proposal, the government will make all-out efforts to take measures as speed is of essence," Abe said as he received the proposal from senior lawmakers from the Liberal Democratic Party and coalition partner Komeito.

To finance the measure, the government and the ruling coalition are considering drawing up another extra budget for the current fiscal year that began in April, sources close to the matter said, with an eye to its enactment before the current Diet session ends on June 17.

Finance Minister Taro Aso hinted before the ruling party plan was submitted Friday that the compilation of another supplementary budget would not come until at least June.

"We need to implement the first extra budget and see how the situation unfolds in April and May," Aso told reporters.

After facing criticism for his handling of the coronavirus crisis, Abe has been stepping up state spending to extend support to households and companies. A 100,000 yen ($930) cash handout for all residents of Japan is part of relief measures that the government has already decided to roll out.

Last week, parliament enacted a 25.69 trillion yen extra budget for fiscal 2020 after the government, in a rare move, reworked its original budget to reflect Abe's decision, at the urging of Komeito, not to limit the recipients of cash handouts.

Speaking at a press conference, Chief Cabinet Secretary Yoshihide Suga took a positive stance about additional emergency steps including support for struggling students who often depend on earnings from part-time jobs.

"We hope to implement necessary steps quickly based on discussions within the ruling parties," the top government spokesman said.

Many students are finding it difficult to pay rent and tuition, with some even dropping out of school because they cannot earn money from part-time jobs amid the coronavirus outbreak.

In a further blow to an economy already on shaky ground, Abe extended the nationwide state of emergency until May 31 in an attempt to curb new COVID-19 cases.

The declaration does not involve a hard lockdown, but in 13 prefectures with relatively large numbers of cases such as Tokyo and Osaka people are still being asked to refrain from unnecessary outings, businesses to halt operations and companies to promote work from home.