The Japanese air force's Blue Impulse aerobatics team on Friday performed a flyover over central Tokyo in a show of respect to doctors and medical staff who have been at the forefront of the battle against the coronavirus pandemic.

During the roughly 20-minute show from 12:40 p.m., six of the team's jet trainers, trailing white smoke against the blue sky, circled the capital's downtown areas twice tracing a figure eight. They also flew over some of the hospitals that are treating coronavirus patients. 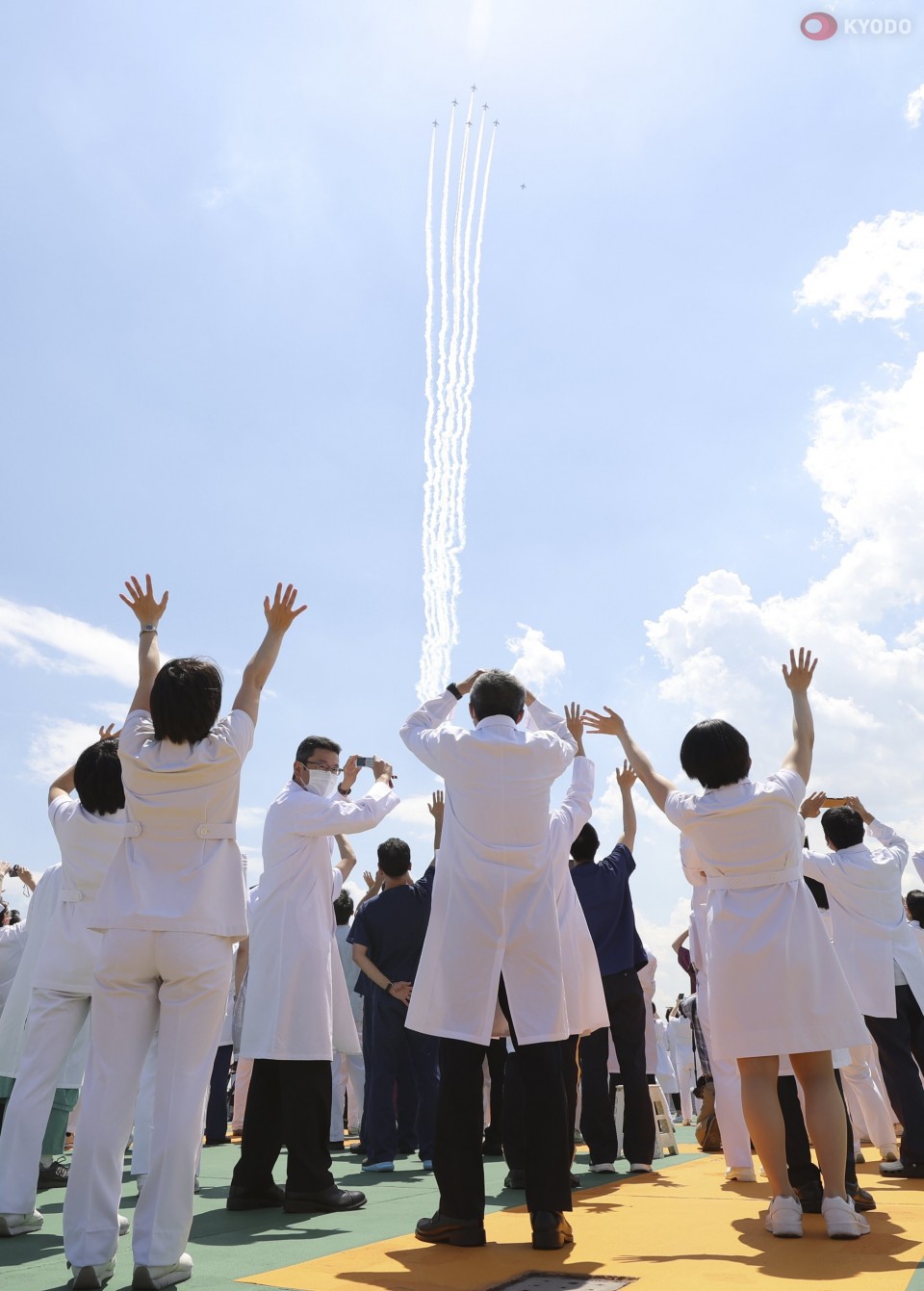 (The Air Self-Defense Force's Blue Impulse aerobatics team passes over the Self-Defense Forces' Central Hospital in Tokyo's Setagaya Ward during a flyover in the capital on May 29, 2020, to show appreciation to medical workers fighting the coronavirus outbreak)

Not only medical workers but also many Tokyoites were seen waving their hands to the jets from the streets, the top of buildings and condominiums.

Given that the bodies of the jets are partly painted in blue, the show was associated with the 'Light it Blue' campaign, which has swept across many parts of the world to honor the efforts of medical workers since the outbreak of the virus late last year.

The aerobatic team conducted a flyover in Tokyo for the first time since May 31, 2014, when it performed during a farewell event of the old National Stadium, according to the Air-Self Defense Force. 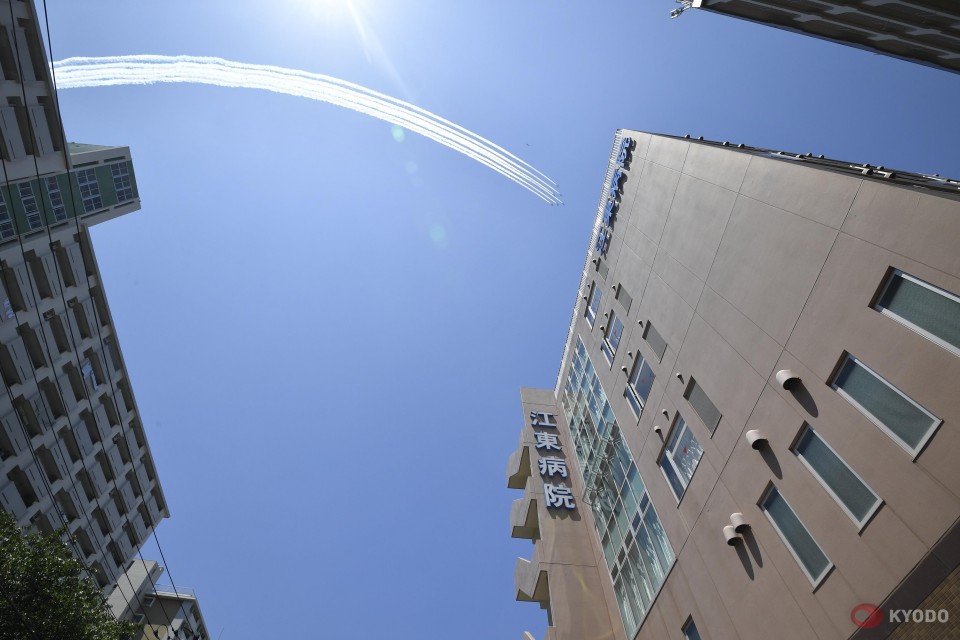