Tokyo Tower, one of the Japanese capital's major sightseeing spots, reopened its observatories Thursday following nearly two months of closure as the country carefully moves toward regaining normality following the outbreak of the coronavirus crisis.

The 333-meter tower closed on April 8, a day after the government declared a state of emergency in the capital over the virus epidemic, although some shops in the tower resumed operations on May 14.

At sunset around 6:50 p.m., the tower was lit up in various colors, symbolizing hopes for reviving Tokyo's sightseeing business.

Kenji Kaizuki, a 42-year-old chef, went to the tower to watch it light up after he found out about the reopening. "I felt happy for the first time in a while as I've been looking for a job after my workplace shut down," he said. 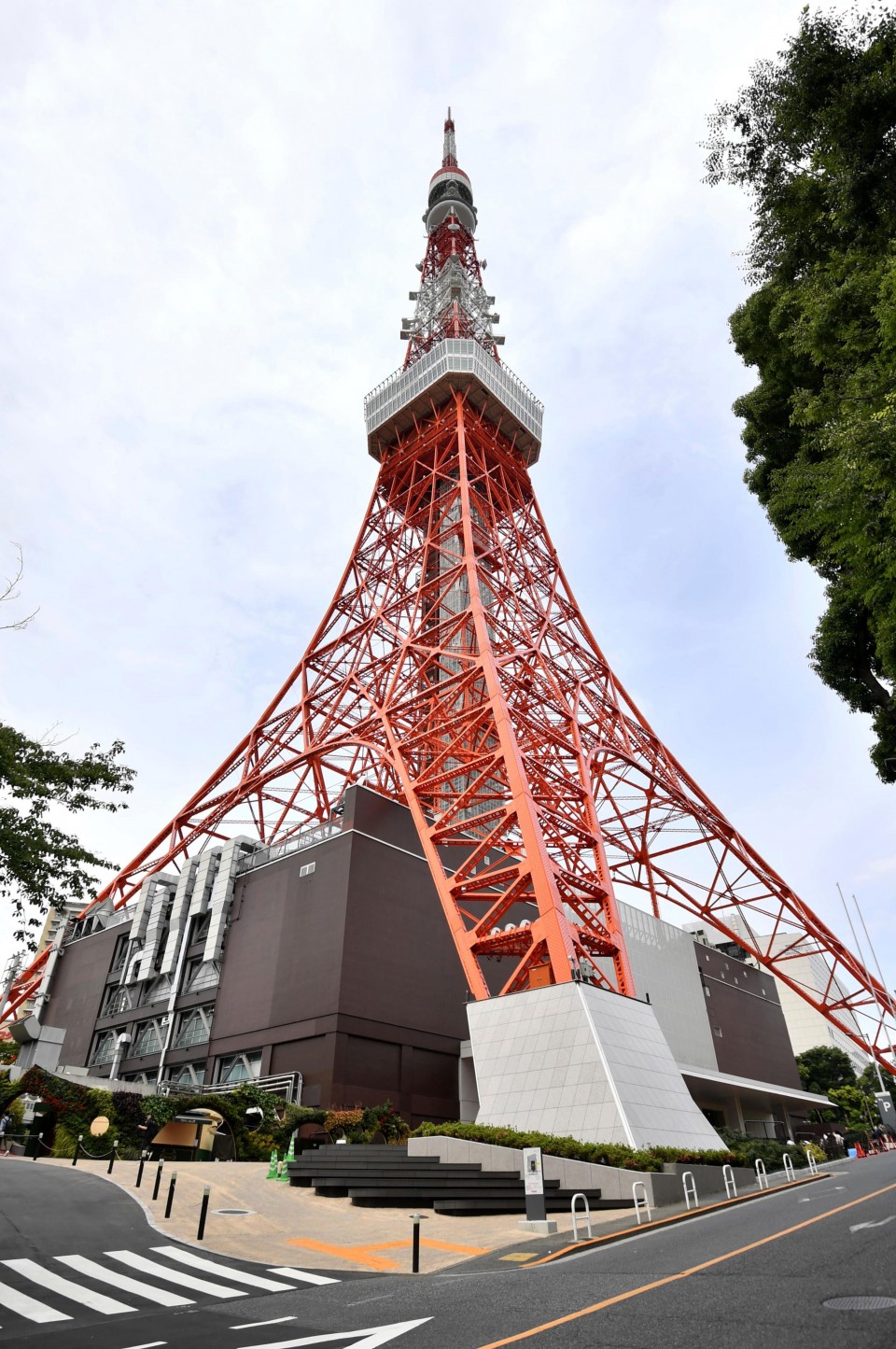 Tokyo Tower reopens its observation deck on May 28, 2020, after being closed due to the coronavirus pandemic. (Kyodo)

Tokyo Tower Co. has introduced measures to prevent infections, including temperature checks for visitors, face shields for staff and marks on the floor so visitors can maintain distance from each other while taking in the view from the observation deck, which is about 150 meters above the ground.

Any visitor found to have a temperature of 37.5 C or above will be denied entry and the number of people who can use the elevators at any one time will be limited to four.

The tower will also open the 600-step staircase leading to the main deck so visitors who stayed home during the virus emergency can exercise.

"I used to climb the stairs to the observation deck once a month before the closure. I'm happy I can climb them again," said 59-year-old Yuji Yokoyama, a restaurant worker from the city of Saitama, north of Tokyo, who was among a dozen people waiting for the tower to reopen at 9 a.m. 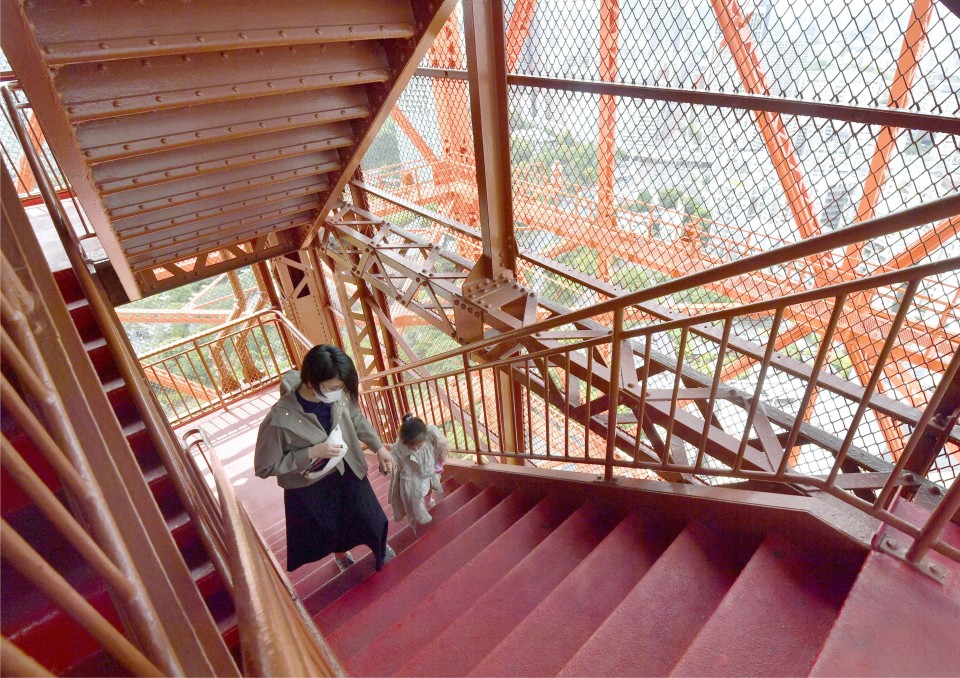 A mother and her child climb the stairs as Tokyo Tower reopens its observation deck on May 28, 2020, after being closed due to the coronavirus pandemic. Only up to four people are allowed to ride the elevator to the deck at one time. (Kyodo)