China's decision on Thursday to tighten its grip on Hong Kong through national security legislation has driven a wedge further into the already deeply divided territory.

Over the parliamentary resolution on enacting a national security law for Hong Kong, part of the city cried foul over Beijing's broken promise on allowing it a semiautonomous status and rights and freedoms not enjoyed in mainland China since the former British colony returned to Chinese rule in 1997. 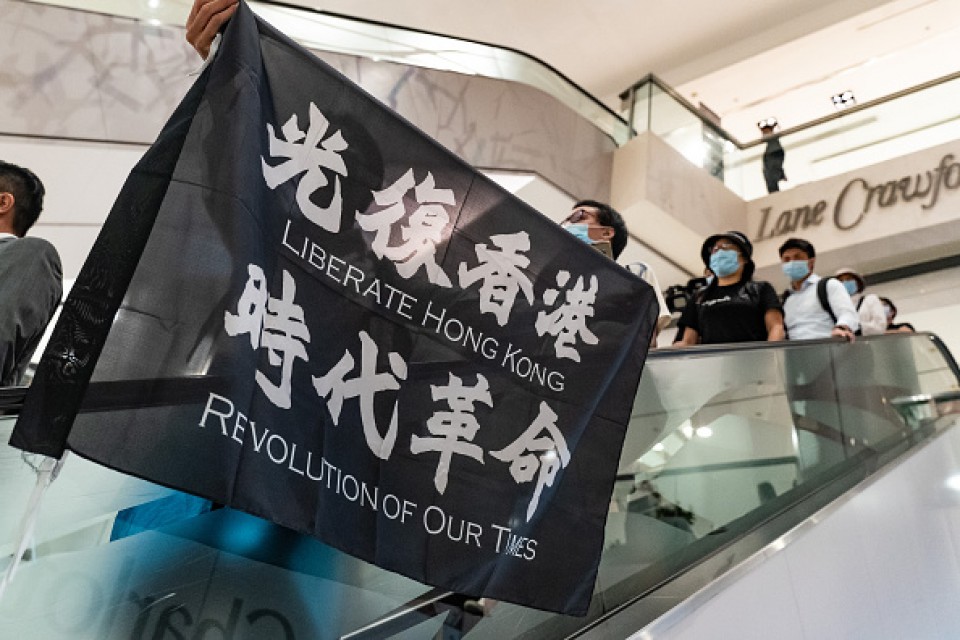 A pro-democracy supporter holds a "Liberate Hong Kong, Revolution of Our Times" flag during a rally at a shopping mall on May 25, 2020, in Hong Kong. (Getty/Kyodo)

"This will be the biggest tipping point for Hong Kong in 23 years since the handover," Hong Kong pro-democracy lawmaker Tanya Chan told reporters. "We definitely oppose the law, which would affect Hong Kong as being an international city. Our democracy, freedom and human rights will be eroded."

The law considered by the National People's Congress would ban acts and activities of separatism, subversion, terrorism and foreign interference in Hong Kong. In addition, a central national security agency would be set up as needed and operate in the territory.

"It's a death knell for Hong Kong," Chan's fellow Civic Party member Dennis Kwok said. "This is the end of 'one country, two systems,' the end of Hong Kong as we know it. The Hong Kong that yearns for democracy...that enjoys a high degree of autonomy -- or used to, not anymore."

About 100 people gathered in a shopping mall in the Central business district at lunch, protesting against the resolution that was later in the day passed by the NPC.

The rally's scale was much smaller than the territory-wide protest against the national anthem bill, which outlaws disrespect to the national song in the territory, held Wednesday. Police arrested more than 360 people throughout the day. 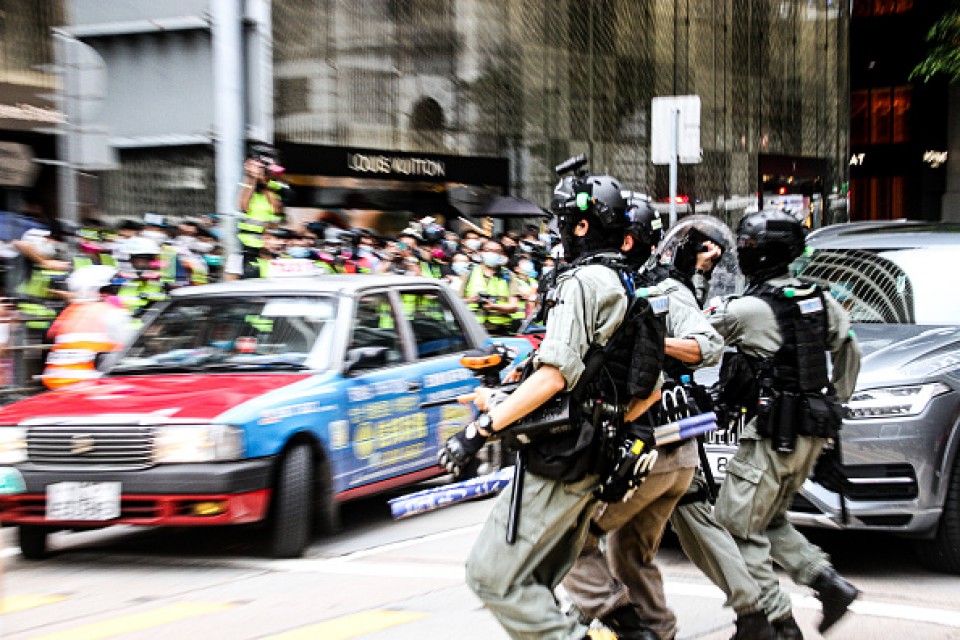 Police rush towards a group of protesters whilst firing pepper balls during lunchtime street demonstrations in Centerl, Hong Kong's financial hub, on May 27, 2020. (NurPhoto/Getty/Kyodo)

Pro-democracy advocate Joshua Wong said the law would be formulated in a black box with no legislative scrutiny or public consultation.

"Today's decision is a direct assault on the will of #Hkers," Wong tweeted. "I call upon world leaders to urge China to withdraw the bill. I urge the world to take necessary actions to send a warning signal to China for its reckless move."

The pro-establishment camp, the legislative and administrative wings all expressed support to the resolution and vowed that rights and freedoms would not be affected under the law, which would target only a minority of people gone rogue.

"I welcome the passage of the decision by the NPC," Chief Executive Carrie Lam said in a statement. "Safeguarding national sovereignty, security and development interests is the constitutional duty of the (Hong Kong special administrative region) and concerns every Hong Kong citizen."

Legislative Council President Andrew Leung said he is satisfied with the authorities' explanations that the law should not affect rights and freedoms enjoyed by Hong Kong people and international investors as it does not affect the people's daily lives.

On the prospect of the local legislature's power being usurped by the NPC, he merely said, "We should also keep an open mind and adopt a pragmatic attitude toward this legislative work." 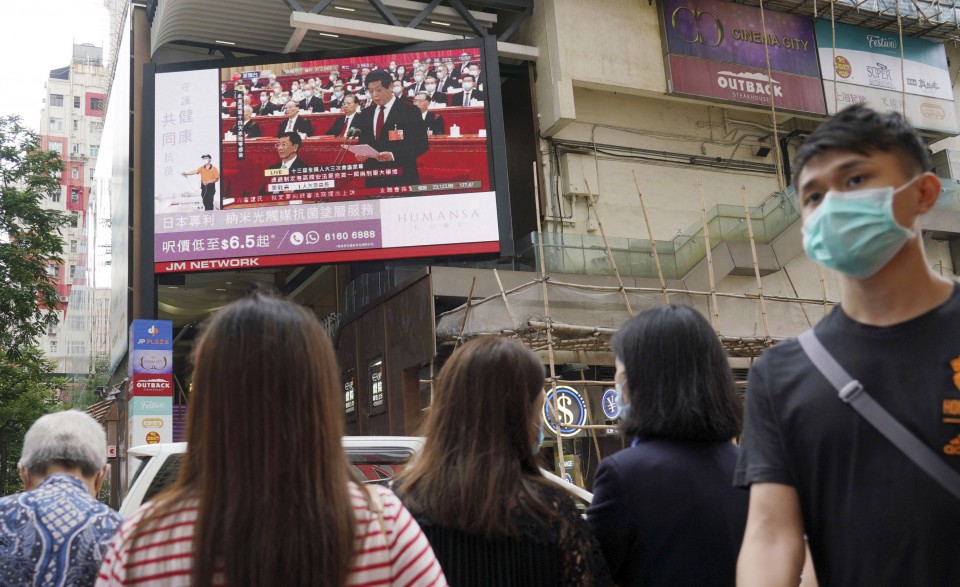 Supplied photo shows pedestrians in Hong Kong walking past a large screen displaying a live broadcast of the National People's Congress in Beijing on May 28, 2020. (Kyodo)

Anti-China sentiment has been growing since 2014 when the NPC Standing Committee decided to allow a restricted form of leadership election for the territory, prompting millions of people to demonstrate in an "Occupy" movement that brought parts of the city to a halt for more than two months.

Last year, large scale demonstrations sparked by a now-withdrawn China extradition bill that repeatedly erupted had morphed into an anti-government movement, prompting Beijing to take up the national security legislation for the territory.