Former Japan captain Makoto Hasebe will remain with Eintracht Frankfurt for the 2020-2021 season after agreeing to a one-year contract extension, the German first-division club said Friday.

The 36-year-old will play his 14th season in Germany since moving to Wolfsburg in January 2008 from Japanese side Urawa Reds. He joined Eintracht Frankfurt in the summer of 2014.

"I want to devote everything to my club while relishing every single moment," he said in an Instagram post. 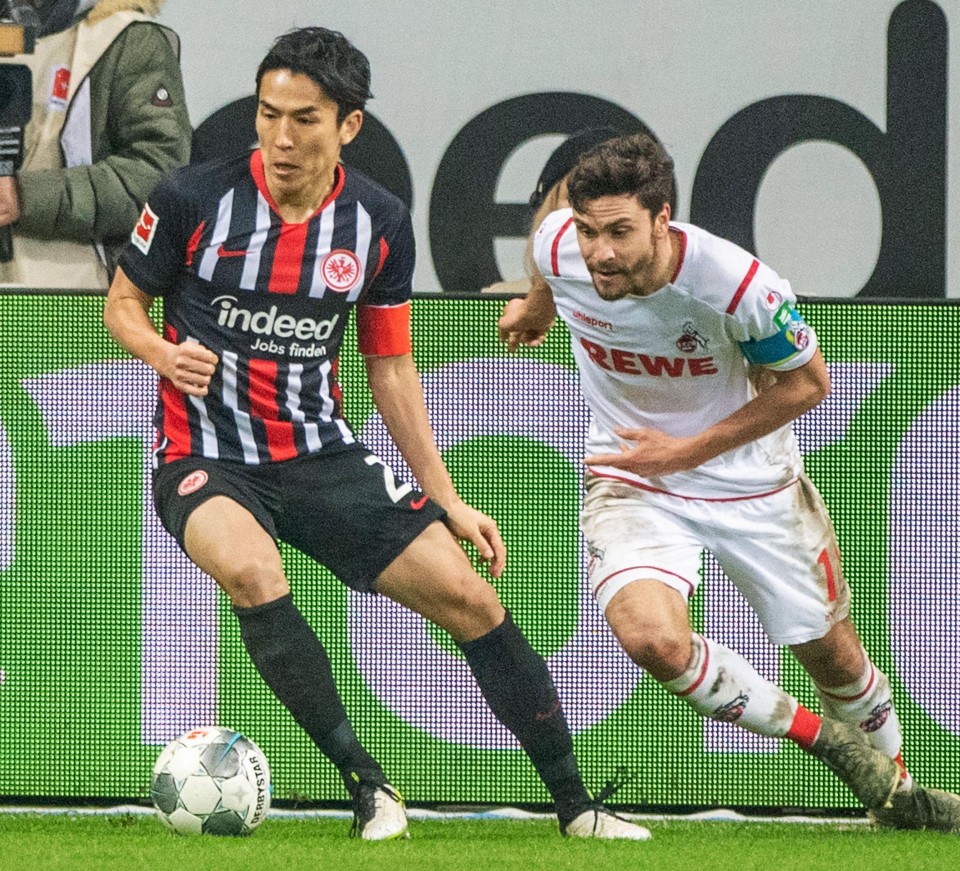 Makoto Hasebe (L) of Eintracht Frankfurt is pictured in action against Cologne in a German Bundesliga first-division match. (Kyodo)

The Bundesliga resumed behind closed doors last week after the coronavirus forced a nearly two-month suspension of activities. Hasebe entered as a late-game substitute in Frankfurt's 3-1 home loss to Borussia Monchengladbach on May 16.

A winner of the league title with Wolfsburg and German Cup with Frankfurt, Hasebe holds the Bundesliga record for most games by a Japanese player at 305.

The defensive midfielder retired from international football after captaining Japan to the last 16 at the 2018 World Cup in Russia.