The forced cancellation of major festivals and fireworks events next summer in Japan due to the coronavirus pandemic is frustrating for the host towns and cities that rely on the cultural and financial contribution they make to their local areas.

He says people in Kyoto would like to hold the annual Yamahoko float procession as normal, but that the ancient capital cannot afford to run the risk of becoming a coronavirus group infection hot-spot.

The procession, often described as a "moving art gallery," is the highlight of the festival, which is said to date back to the year 869 when a ceremony was held to pray for driving off epidemics.

"It was the most gut-wrenching decision," Kimura said, in reference to the cancellation of the parade, which is held every July 17 and 24 and attracts tens of thousands of tourists each day from Japan and overseas. "Now is supposed to be the time when we should put on a big festival," he said, touching on the festival's origin in wishing for people's good health.

Ryuho Tatsuta, an Aomori resident who manufactures gigantic lantern floats featured in the Nebuta Festival, was similarly pained when the festival in northeastern Japan met the same fate.

"The festival is part of our lives," Tatsuta said. "I cannot imagine our lives without those scenes because people in Aomori say we feel autumn after the festival."

Held every year from Aug. 2 to 7, the festival draws about 2.85 million people from Japan and abroad to watch floats, some measuring up to 5 meters in height, parade through the city of Aomori while surrounded by dancers.

Besides local disappointment, cancellations of annual summer events have dealt a blow to businesses involved such as manufacturers of fireworks.

The cancellation of fireworks for the Tenjin Festival in Osaka in July has caused a significant fall in revenue for Gunsmith of Kunitomo Co., a gunpowder manufacturer in Kyoto. 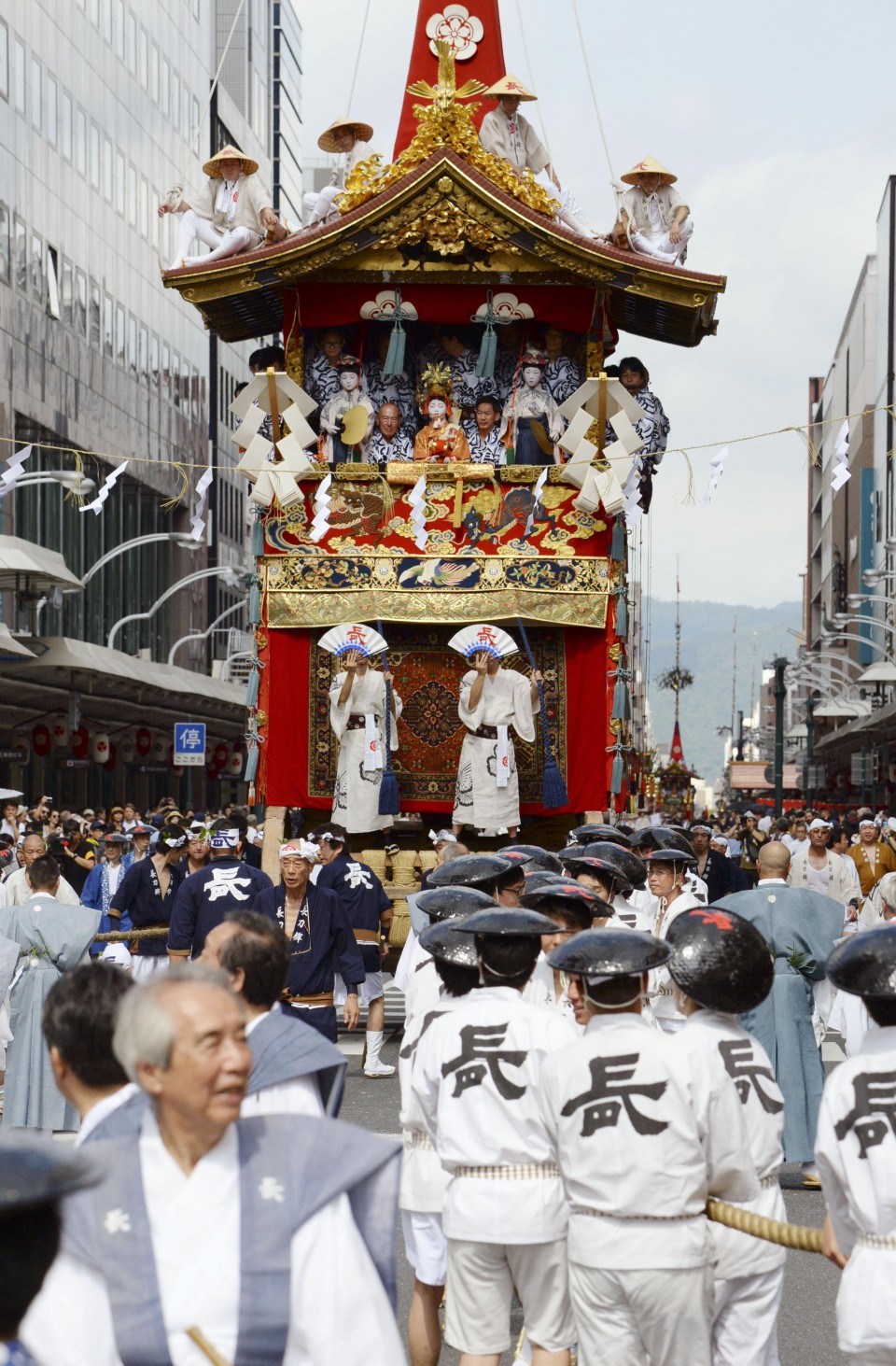 (An intricately decorated float drives through the streets of Kyoto during the traditional Gion Festival on July 17, 2019)

Before Osaka Temmangu Shrine announced the cancellation in mid-April, the company had started producing firework shells for the festival which draws around 1.3 million people every year.

"I know it cannot be helped (due to the coronavirus), but most of our annual revenue is generated in a few months of summer," said Masaki Ueno, a director at Gunsmith of Kunitomo.

Citing cancellation of fireworks for the Ise-Jingu National Dedicatory Fireworks Festival in July in Mie Prefecture, central Japan, and other firework events in Japan, Tomohiro Yamazaki, a director at a fireworks shell manufacturer in Ibaraki Prefecture, northeast of Tokyo, said, "Our firework revenues have fallen to nearly zero."

Some of the firework shells will need to be disposed of because they are vulnerable to humidity and the amount of gunpowder a manufacturer can store is regulated by law, according to Yamazaki.

He said the impact of the coronavirus on business will be more significant than what the company suffered after the 2011 earthquake and tsunami that devastated northeastern Japan and left about 16,000 people dead.

Further disappointment will be felt by residents of Tokyo and neighboring areas who normally attend the annual Sumida River Fireworks Festival in July. Canceled for 2020, the event usually draws around a million spectators to the river that runs through the east and north of the capital.

Referring to the cancellation of the Nebuta Festival, the Aomori prefectural government said it will have a significant impact on the prefecture's economy, most notably in the transport and tourism sectors.

"The number of tourists traveling exclusively for the festival will be zero, and the impact will be serious," said Kenichi Tsubo, a prefectural official for tourism affairs, citing the damage that transport companies, souvenir shops, restaurants and hotel operators will sustain.

Aomori Kokusai Hotel said reservations for its 67 rooms in the festival period have all been canceled.

"It is usually the peak period for our business. It has dealt us a severe blow," a hotel staffer said.