A man who called himself a "director of the North Korean foreign ministry" proposed in spring last year a clam smuggling deal to a Japanese trading company employee in Bangkok, sources close to the matter told Kyodo News on Monday.

The Japanese government is also aware of the incident, in which the man suggested smuggling clams from North Korea to Japan by falsifying them as from China, they said.

A female employee of a North Korean restaurant in Thailand had introduced the self-claimed director to the Japanese who was a regular customer, the sources added. 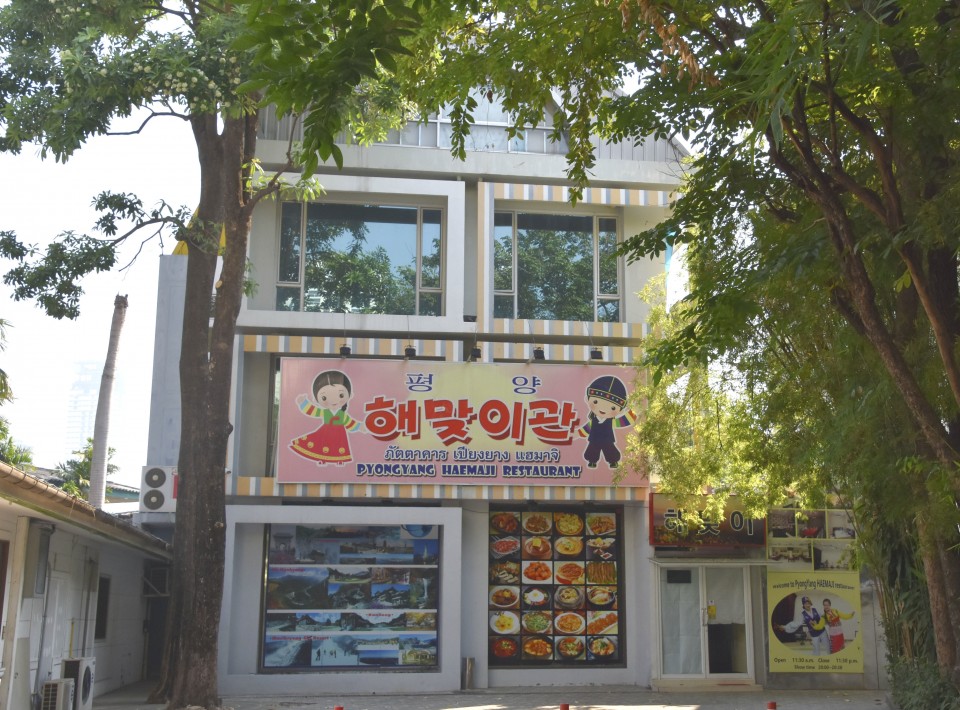 (A North Korean restaurant in Bangkok that was investigated by Thai immigration authorities in November 2019 is pictured on Jan. 7, 2020.)

Seafood was exported by North Korea until 2017 when the country was banned from trading it as part of U.N. Security Council sanction resolutions against Pyongyang over its missile program.

Those with the knowledge of North Korean affairs hinted that the reclusive country could have sought the illicit trade with Japan, despite the strained bilateral relationship, because it is struggling to obtain foreign currency.

The Japanese trading company employee was told he could import clams at less than their market value and was also invited to visit a fishery facility in North Korea, according to the sources.

The North Korean told him that "all civil servants (in his country) are doing a business similar to mine" and earnings from the restaurant operation only accounted for up to 30 percent of total income.

The sources added that he claimed trilateral trade between Thailand, China and North Korea is his biggest source of income and that he also handles trips to North Korea.

The clam smuggling deal was never realized as the Japanese employee stopped meeting the person.

"He (the North Korean) might have thought of exporting (clams) to Japan as he can't secure his living expenses as well as foreign currency to contribute to the (North Korean) government without increasing his smuggling outlets," a former reporter of South Korean news agency Newsis said.

Diplomatic sources said Thai immigration authorities busted the restaurant in November and detained a North Korean man for letting foreign workers live in the Southeast Asian country without permission. The sources added employees, including the female worker, were also detained before most of them were deported.

"If you get involved in smuggling even once, (North Korea) could take advantage of it and blackmail you into becoming a spy" for the country, a Thai official warned.