The Japanese government said Thursday it is "seriously concerned" about China's push, despite a growing international outcry, to impose a national security law that it is feared will suppress political activity in Hong Kong.

Chief Cabinet Secretary Yoshihide Suga said a free and open Hong Kong should be maintained under the "one country, two systems" framework, and that Tokyo had relayed its view to Beijing before China's national legislature passed Thursday a resolution regarding the introduction of the law.

"We are seriously concerned about the decision on Hong Kong by the National People's Congress despite strong concerns expressed by the international community and the people of Hong Kong, as well as about the current situation in Hong Kong," Suga, the top government spokesman, said at a press conference.

"We will continue to closely follow developments and address the situation in collaboration with other countries concerned," he said, adding that Hong Kong, an important partner for Japan, should prosper in a "stable and democratic" manner. 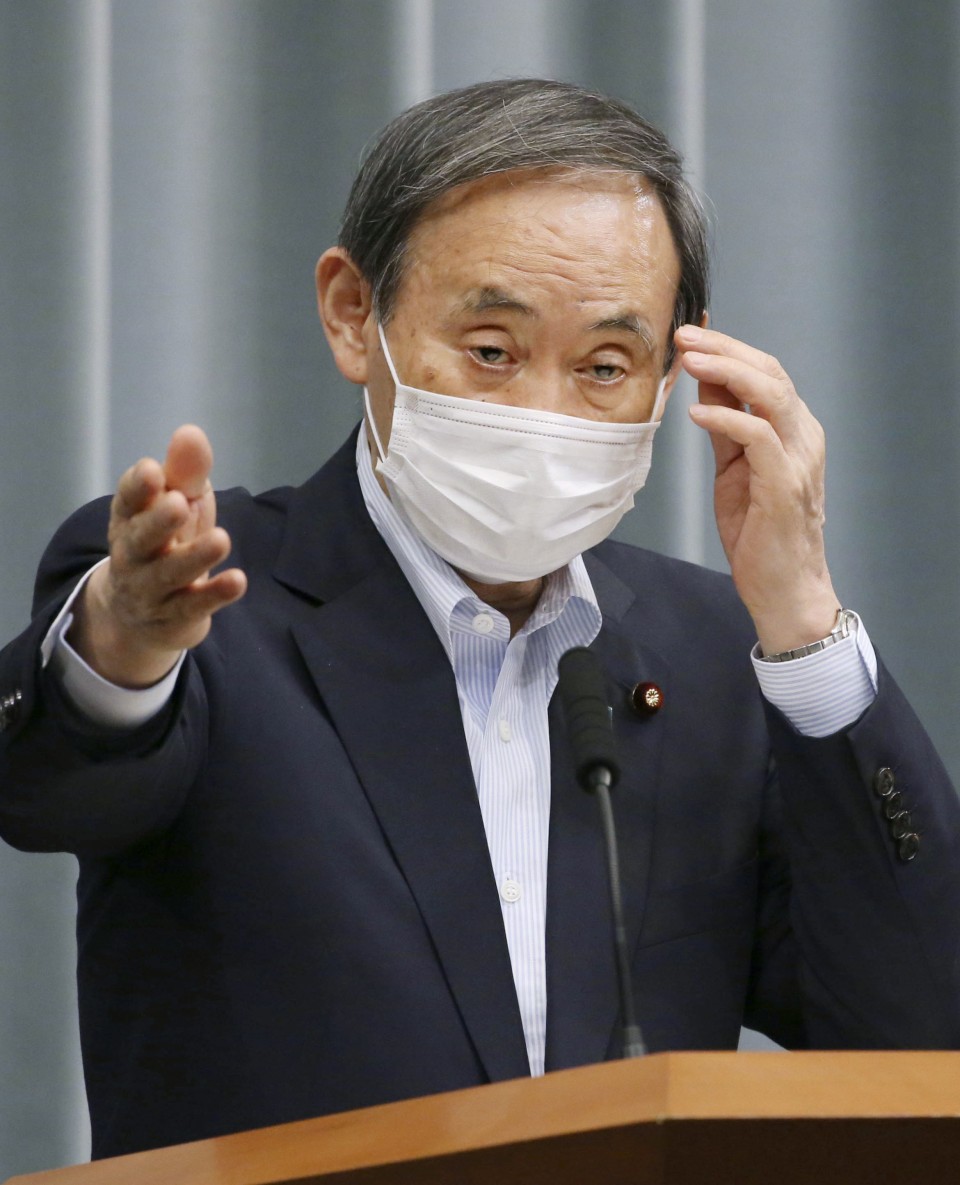 (Japanese Chief Cabinet Secretary Yoshihide Suga attends a press conference in Tokyo on May 28, 2020, wearing a face mask amid continued worries about the new coronavirus)

The decision by China came amid growing fears the law banning separatism, subversion, foreign interference and terrorism in Hong Kong would provide Beijing with more opportunities to erode freedoms and human rights in the former British colony.

The United States has criticized the Chinese law, with Secretary of State Mike Pompeo saying Hong Kong can no longer be seen as maintaining a high level of autonomy.

"Japan and China need to jointly tackle regional and global challenges, including containing the spread of the novel coronavirus," Suga said, adding, "We will continue to keep up efforts toward this end."

Xi's visit to Japan in spring was postponed due to the pandemic. The virus was first detected in China's Wuhan in December.

Prime Minister Shinzo Abe drew flak from China for saying Monday, "It is a fact that (the virus) spread from China to the world."