A top Japanese prosecutor thought to be favored by Prime Minister Shinzo Abe's office was put in the hot seat on Wednesday after a magazine report that he had played mahjong for money despite Japan's state of emergency over the new coronavirus.

The online report by the Shukan Bunshun weekly magazine sparked calls from ruling and opposition parties -- and even some within the judicial branch -- for Hiromu Kurokawa, chief of the Tokyo High Public Prosecutors Office, to step down. It also set social media abuzz with tweets bearing a Japanese hashtag demanding that he be dismissed as a disciplinary step.

"Playing mahjong for money is not acceptable. He has no choice but to resign," a senior lawmaker from the ruling Liberal Democratic Party said.

Kurokawa, 63, drew attention in January when the Cabinet allowed him to remain in his post even after he turned 63, the retirement age for prosecutors. 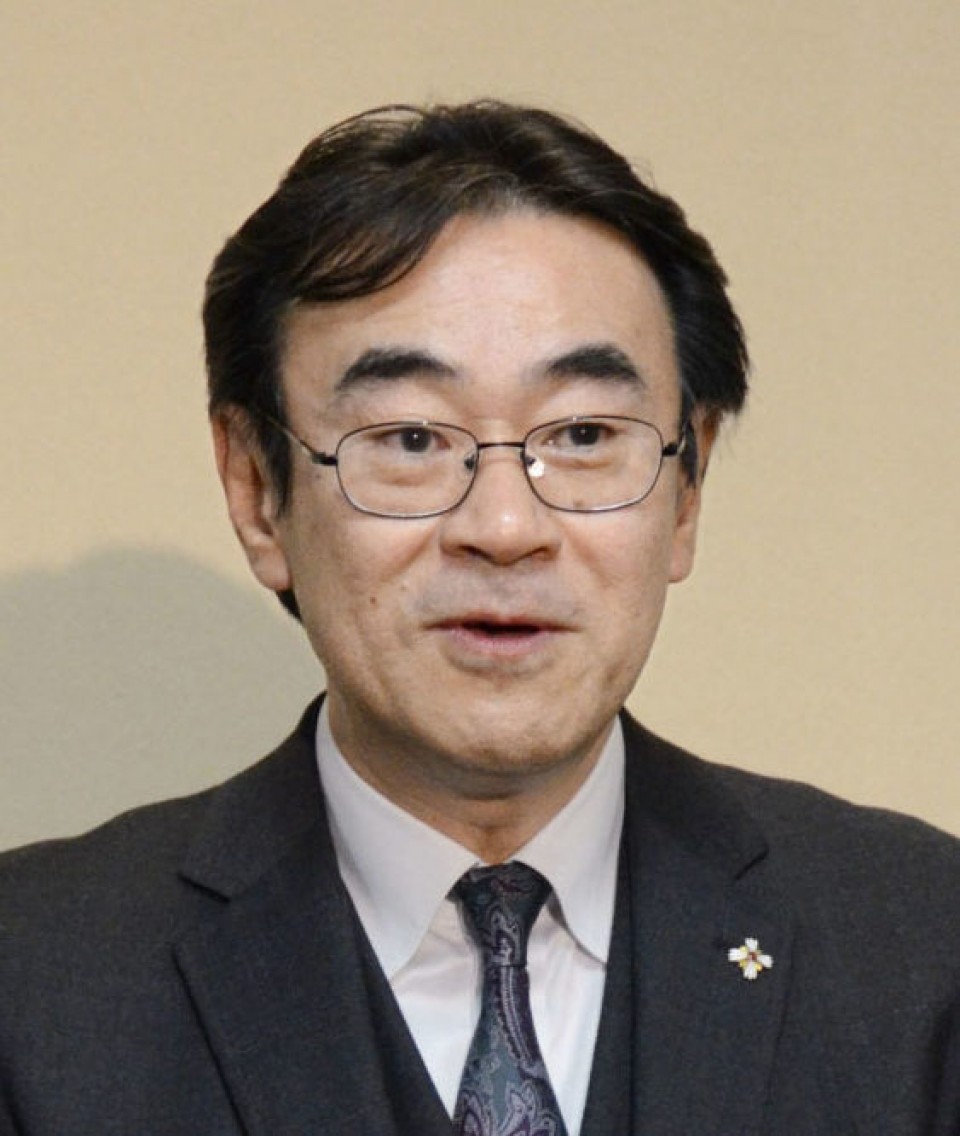 The rare move sparked speculation that he is a candidate to succeed the current prosecutor general who is expected to retire this summer.

The magazine report, released on the eve of its print version to hit newsstands on Thursday, comes at a sensitive time for Abe, who has so far ridden out a string of money and favoritism scandals since his return to power in late 2012.

Faced with a fierce public backlash led by celebrities on Twitter, just this Monday Abe gave up seeking passage of a controversial bill designed to raise the retirement age for prosecutors before the current Diet session ends next month.

According to the weekly magazine, Kurokawa played mahjong for money with newspaper reporters on May 1 and May 13, in the midst of a nationwide state of emergency.

After playing mahjong at an apartment in Tokyo where one of the reporters, a Sankei Shimbun employee, lived, Kurokawa was then sent home in a hired car arranged by the daily. An Asahi Shimbun employee also participated, according to the report.

Tokyoites have been asked to refrain from nonessential outings to prevent a further spread of the novel coronavirus under the emergency declared by Abe until May 31.

Jun Azumi, the Diet affairs chief of the main opposition Constitutional Democratic Party of Japan, told reporters that Kurokawa is not qualified to be a leader and "he should immediately resign." 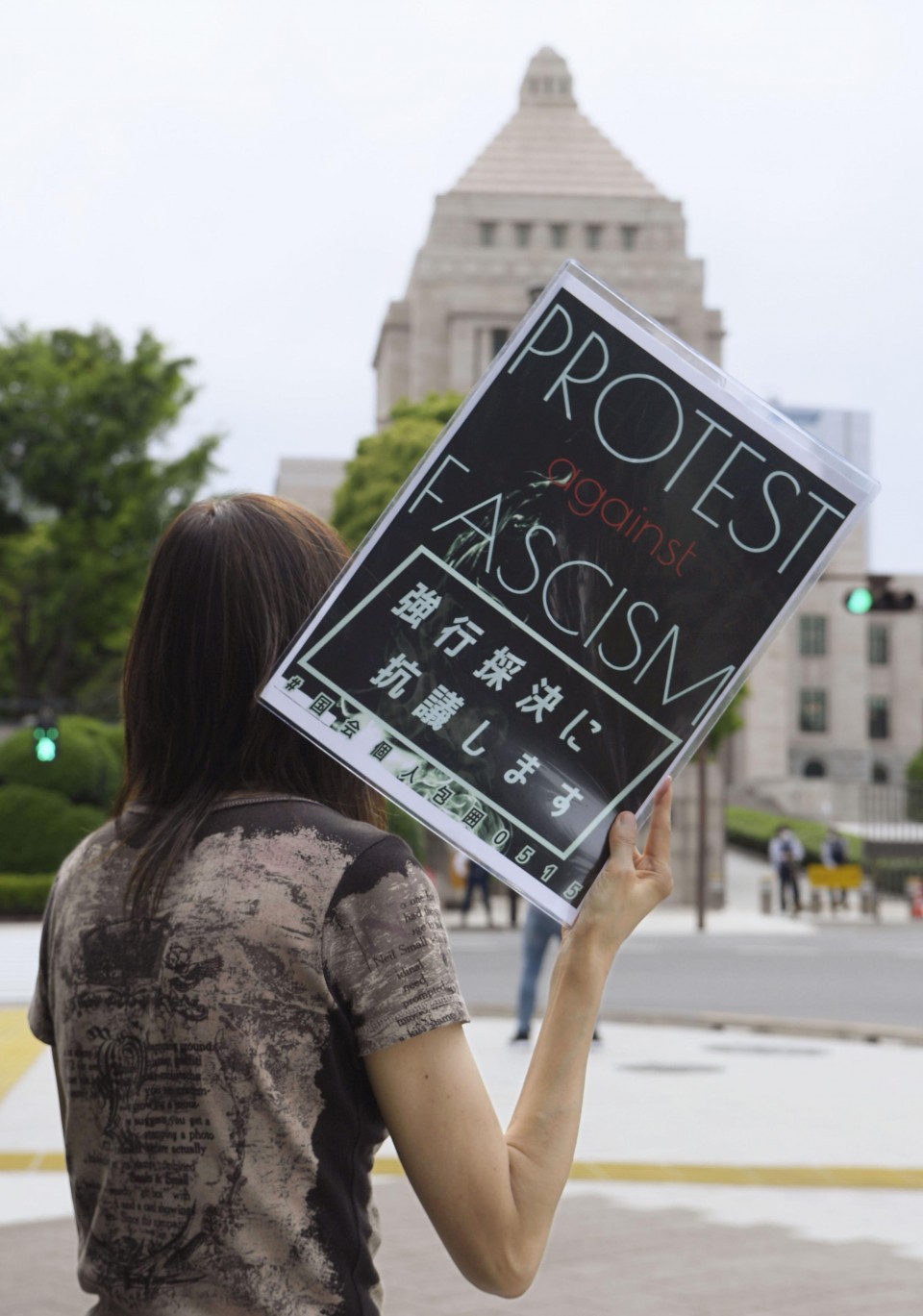 (A woman stands in front of the parliament building in Tokyo on May 15, 2020, in protest against a revision bill that would extend the retirement age for prosecutors pushed by the ruling coalition.)

Yuichiro Tamaki, leader of the Democratic Party for the People, said playing mahjong for money is punishable under the criminal law.

"If he cannot explain himself, then he should leave the post," Tamaki said. "The responsibility lies with Prime Minister Abe and other Cabinet ministers who approved (Kurokawa's extended term)."

Abe's shelving of a plan to seek parliamentary approval for delaying prosecutors' retirement has emboldened opposition lawmakers who argue that the change is meant to retroactively justify keeping Kurokawa in the current post.

The controversial bill seeks to raise the retirement age of prosecutors from 63 to 65 while that of the prosecutor general remains unchanged at 65. At issue is a special provision that allows the Cabinet to extend their retirement by up to three years when necessary.

Critics and a group of former top prosecutors have said the Cabinet can retain certain high-ranking prosecutors longer than others at its own discretion and that could encourage them to turn a blind eye to scandals.

Abe has denied such a view, saying the government was seeking to raise the retirement age of not just prosecutors but also government officials.