South Korean President Moon Jae In on Sunday praised his country's efforts in battling the novel coronavirus and outlined plans for South Korea to emerge as a leader in the post-COVID-19 era.

"We will turn crises into opportunities," Moon said in a special address delivered on the third anniversary of his inauguration. "We will take the current crisis as a driving force for new opportunities and development." 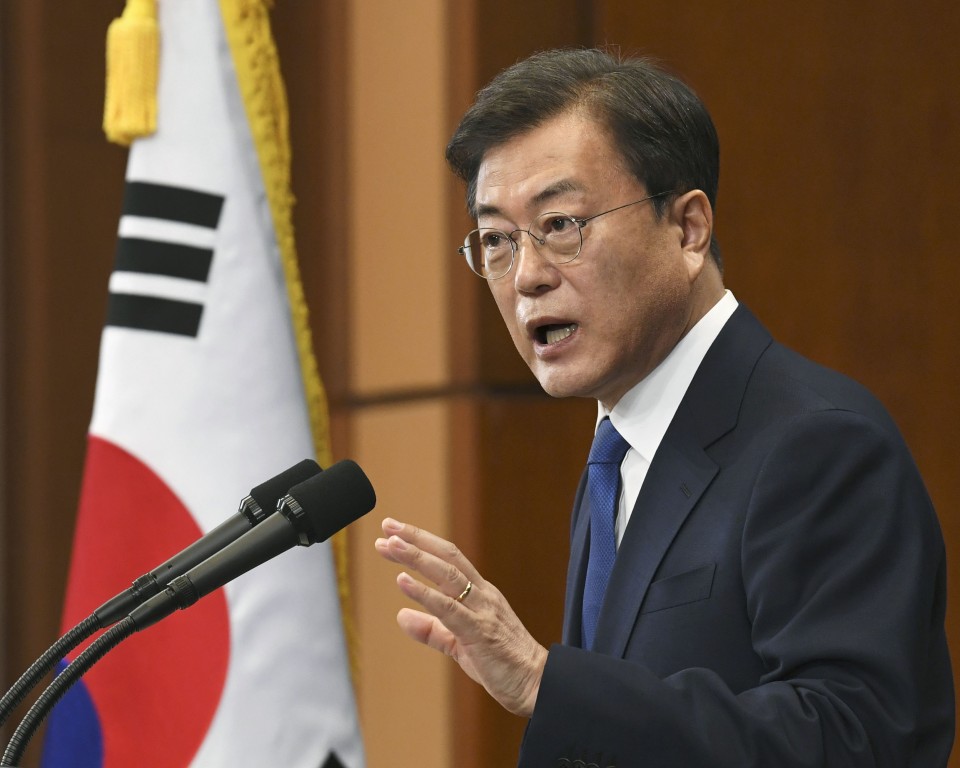 (South Korean President Moon Jae In meets the press after making a speech in Seoul on May 10, 2020, the third anniversary of his taking office.)

"We have already become a country leading the world in epidemic prevention and control," he said, adding that South Korea's response to the crisis "has become a global standard."

Moon also voiced confidence that the country's transition back to normal daily life "will also become a model for the world to emulate."

Referring to an infection cluster that was recently detected in Seoul's nightlife district, he called on people to maintain their vigilance regarding epidemic prevention.

"Even during the stabilization phase, similar situations can arise again anytime, anywhere in an enclosed, crowded space. It's not over until it's over," he said.

Health authorities on Sunday reported 34 new coronavirus cases, the biggest daily rise in a month, following the small outbreak centered around a group of nightclubs in Itaewon.

For his remaining two years in office, he vowed to "turn crises into opportunities" while fully devoting himself to meeting the challenges brought by the coronavirus. "I will strive to pave the way for the Republic of Korea to take the lead globally."