One of the high-fliers in the airline industry, Singapore Airlines Ltd., is now struggling to stay airborne due to the COVID-19 pandemic, and this spells trouble for Singapore's air hub status, which is closely tied to the destiny of its national carrier. 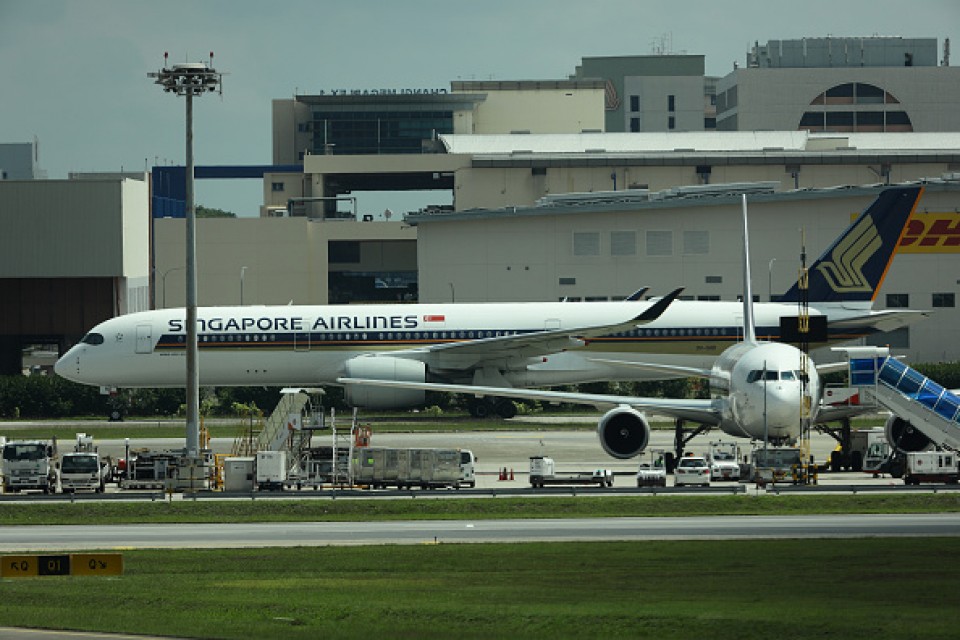 (Singapore Airlines aircraft sit on the tarmac at Changi Airport on March 24, 2020 in Singapore.)[Getty/Kyodo]

It suffered a net loss of S$212 million ($150 million) in the year ended March 31, compared to a profit of S$683 million in the previous financial year.

In just the last quarter alone running from January to March, after the pandemic struck international travel, it racked up a net loss of S$732 million.

"We don't know exactly how the trajectory of the recovery will look like," Singapore Airlines CEO Goh Choon Phong told a press conference conducted remotely on Friday, a day after the company released its full-year results. He added that in the airline industry now, "there is no clear visibility on how long it takes to recover."

The problem, he said, is the lack of clarity as to what the state of recovery will be like or the regulatory requirements that countries in the world will put in place to address the need to contain the virus.

One problem for the airline, which is regarded as one of the world's best, is its lack of a domestic market, with Singapore being just a small city-state.

"Because we don't have a domestic market, any operation we do would require other governments to lift travel restrictions and border control, so we need to understand how that will be put in place."

As global demand for air travel collapsed due to the border controls and other travel restrictions to curb the spread of the novel coronavirus, the airline had been forced to slash its passenger capacity by 96 percent since April and engage in cost-cutting measures such as a voluntary no-pay leave scheme. 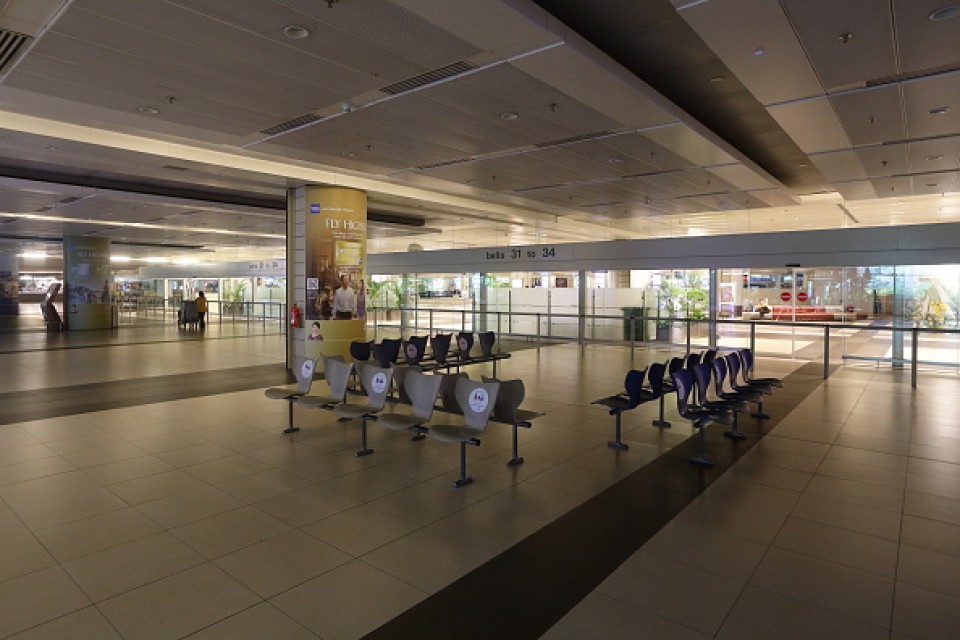 (A general view of an empty arrival hall at Changi Airport Terminal 2 on April 30, 2020 in Singapore.)[Getty/Kyodo]

It now operates only 38 flights per week to less than 20 countries, including flights to and from Narita airport outside Tokyo.

The airline is a key player in Singapore's aviation sector, accounting for more than half of the passengers that passed through Changi Airport last year.

The aviation sector is a key pillar of Singapore's economy, accounting for more than 12 percent of the city-state's gross domestic product, and closely linked to other sectors of the economy, such as tourism, manufacturing and logistics.

"The SIA Group sits at the heart of our aviation ecosystem and anchors our position as an air hub," Singapore Deputy Prime Minister and Finance Minister Heng Swee Keat told parliament in March. "A diminished SIA will undermine our air hub's ability to recover from the crisis."

Hence, the Singapore government has been anxious to help the airline get back on its feet as soon as possible.

Singapore's sovereign fund Temasek, which owns about 55 percent of the airline, has been backing it in its effort to secure funding to overcome its short-term financial liquidity challenges.

The airline recently announced it will undertake a rights issue raising S$8.8 billion using a combination of new ordinary shares and mandatory convertible bonds, the latest in a slew of funding it has secured.

National Development Minister Lawrence Wong has also said this week that the government is in talks with some countries to establish "green lanes for travelers" that may allow travel restrictions to be lifted earlier with safeguards in place.

The government already pledged earlier this year to assist the aviation sector in riding out the pandemic, including by partially supporting the wages of workers in the sector.

Still, the future is murky and expected to remain highly challenging for the airline.

The S$19 billion that it will obtain from the rights issue and credit lines "will help sustain its operations and perhaps even (allow it to) acquire stakes in other airlines," said Shukor Yusof, an aviation analyst at Endau Analytics.

But he observed that the airline is dependent on international long-haul destinations, which are expected to be the last stage of recovery in the airline market after domestic and regional.

"As SIA's core revenue is very much reliant on the premium segment, it will struggle in the near term" if the world suffers a severe recession due to the pandemic as projected by the International Monetary Fund, Shukor said.

The company's CEO Goh said that, moving forward into the post-COVID-19 world, "obviously with all these changes, we would have to change the way we operate."