Japan and three other candidates will learn the fate of their bids to host the 2023 Women's World Cup on June 25, FIFA said Friday.

The FIFA Council will vote during an online meeting to determine the host of the tournament, soccer's international governing body said in a statement.

In addition to Japan, FIFA has received submissions from Brazil and Colombia and a joint bid by Australia and New Zealand. 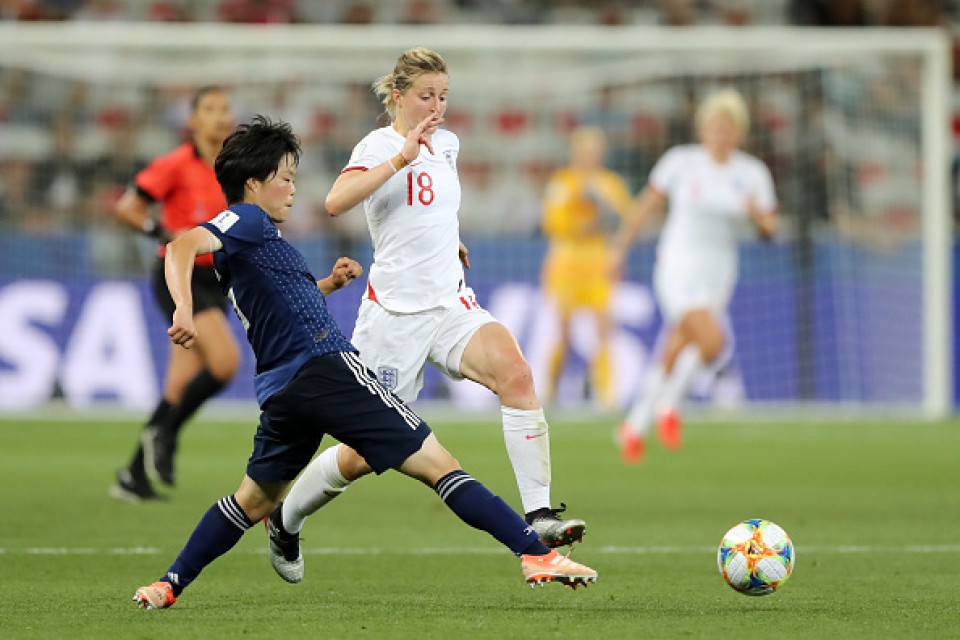 (Hina Sugita of Japan challenges Ellen White of England for the ball during the 2019 FIFA Women's World Cup France group D match between Japan and England at Stade de Nice on June 19, 2019 in Nice, France.)
[Getty/Kyodo]

FIFA is now finalizing its evaluations after visiting each prospective host to assess technical aspects and to discuss plans for the development of women's soccer, according to the statement.

The Japan Football Association has proposed holding the tournament in eight cities and prefectures from Sapporo in the country's northernmost main island of Hokkaido to Kobe in the west.

The host was set to be decided during a meeting in early June in Addis Ababa, Ethiopia, but FIFA was forced to change its schedule due to the new coronavirus pandemic.