U.S. Secretary of State Mike Pompeo said Wednesday that Hong Kong can no longer be seen as maintaining a high level of autonomy from China and that the territory will not warrant special trade treatment under U.S. laws.

"No reasonable person can assert today that Hong Kong maintains a high degree of autonomy from China, given facts on the ground," Pompeo said in a statement, in response to China's move to enact a national security law in Hong Kong that is feared will curtail its autonomy and civil liberties. 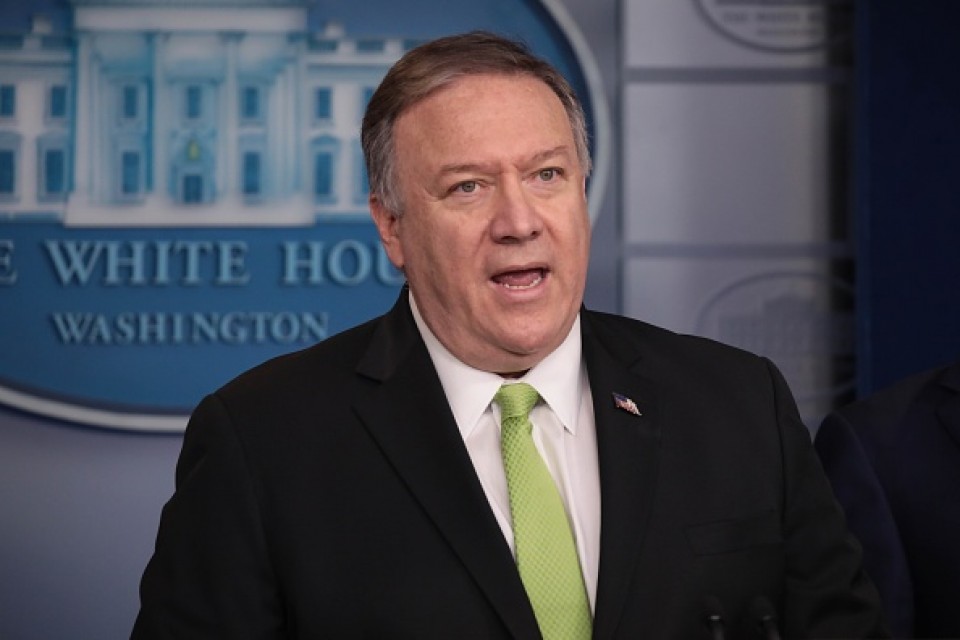 David Stilwell, U.S. assistant secretary of state for East Asian and Pacific affairs, said President Donald Trump will determine exactly what steps to take on the issue, while noting that there is a long list of possible responses such as visa and economic sanctions against China.

In line with the framework, the United States under a 1992 law has given Hong Kong a special status separate from the rest of mainland China on matters including tariffs and visa issuance.

Any change in Hong Kong's status could be a blow to China, which has benefited from using the territory as a gateway to global financial markets.

"Beijing's disastrous decision is only the latest in a series of actions that fundamentally undermine Hong Kong's autonomy and freedoms and China's own promises to the Hong Kong people under the Sino-British Joint Declaration, a U.N.-filed international treaty," Pompeo said.

"After careful study of developments over the reporting period, I certified to Congress today that Hong Kong does not continue to warrant treatment under United States laws in the same manner as U.S. laws were applied to Hong Kong before July 1997," he added. 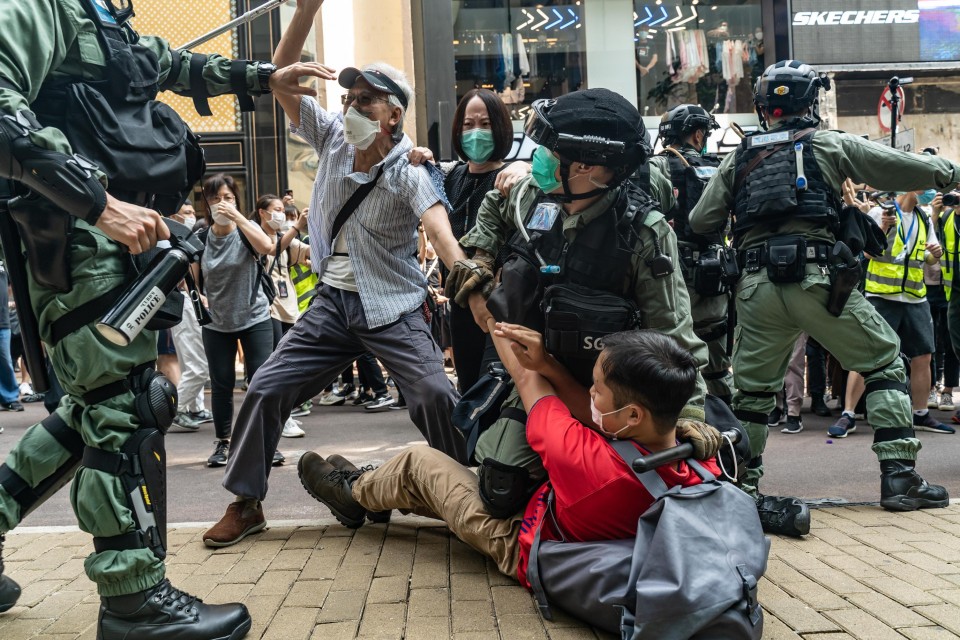 Pro-democracy supporters scuffle with riot police during an detention at a rally in Causeway Bay district on May 27, 2020 in Hong Kong, China. [Getty/Kyodo]

Hong Kong's economic openness and freedom of expression, among other issues, have made the territory attractive to businesses around the world, helping the region to flourish as an international financial hub. Hong Kong also plays a role as a fundraising conduit for Chinese firms.

The Chinese National People's Congress is expected to pass a resolution regarding the introduction of the law on Thursday, the last day of its annual session.

In a move that would further sour U.S.-China relations, the U.S. House of Representatives on Wednesday passed a bill aimed at imposing sanctions on Chinese officials responsible for human rights abuses against the country's Muslim Uyghur minority in the far-western Xinjiang autonomous region.

The United States has expressed particular concern over what it calls mass detention without charges of more than 1 million Uyghurs and other Muslim minorities in internment camps.

China officially calls the institutions vocational education and training centers and has claimed that they are necessary to combat terrorism and religious extremism.

The U.S. bill has already passed the Senate and whether it will be signed into law will be up to Trump. The sanctions to be imposed under the bill include asset freezes and visa denials.