Wuhan, the original epicenter of the new coronavirus outbreak, has decided to test all of its citizens, as an infection cluster recently cropped up for the first time since its 76-day lockdown was lifted in April, Chinese media reported Tuesday.

In the central Chinese city, where the virus was first detected late last year, six new infection cases were confirmed earlier this month in the same residential compound. Wuhan is a business and transportation hub with a population of around 11 million. 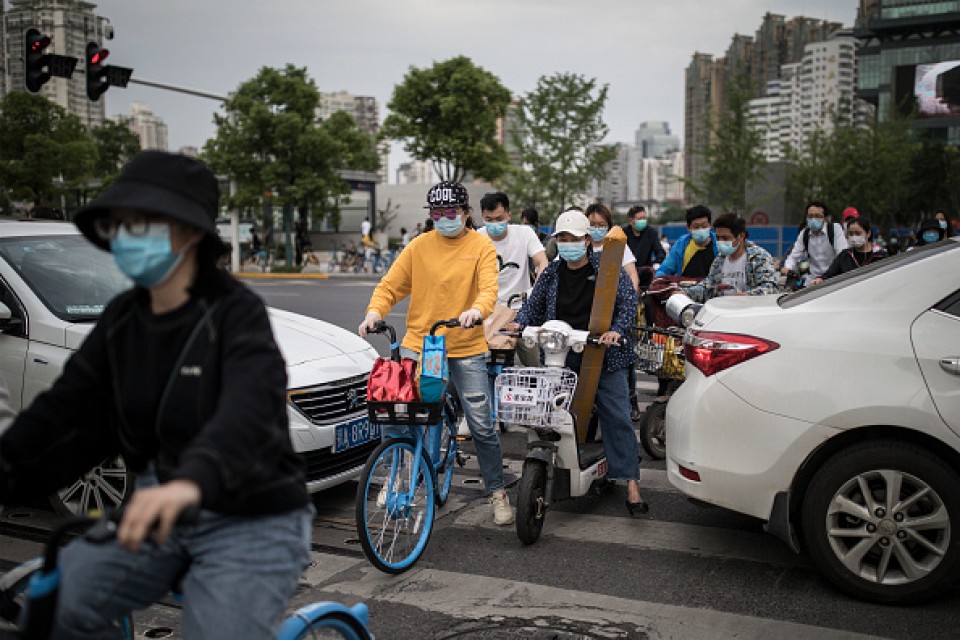 (Residents wears face masks while riding their bicycles on May 11, 2020 in Wuhan, China.)[Getty/Kyodo]

On Monday, the authorities of the capital city of Hubei Province ordered all districts to finish carrying out testing of all people in 10 days, according to the media.

Since the lockdown imposed on Wuhan, which started Jan. 23, was lifted on April 8, medical experts have urged the local government to conduct testing of all citizens, as the number of virus patients who test positive without showing any symptoms has been rising.

China's ruling Communist Party, meanwhile, sacked an official in Wuhan on Monday for having failed to curb infections.

The new virus that causes respiratory disease COVID-19 has infected about 83,000 people in mainland China and killed more than 4,600, the country's health authorities said.