Tokyo starts doling out cash to businesses closed due to coronavirus

The Tokyo metropolitan government on Monday started compensating small and medium-sized businesses that had suspended operations through last week amid the coronavirus pandemic.

Subsidies for businesses and nonprofit organizations shut between April 16 and last Wednesday are worth 500,000 yen ($4,700) for single-shop owners, and 1 million yen for operators of multiple sites.

The metropolitan government, which began accepting applications from April 22, had completed screening procedures by Sunday in the quickest cases. 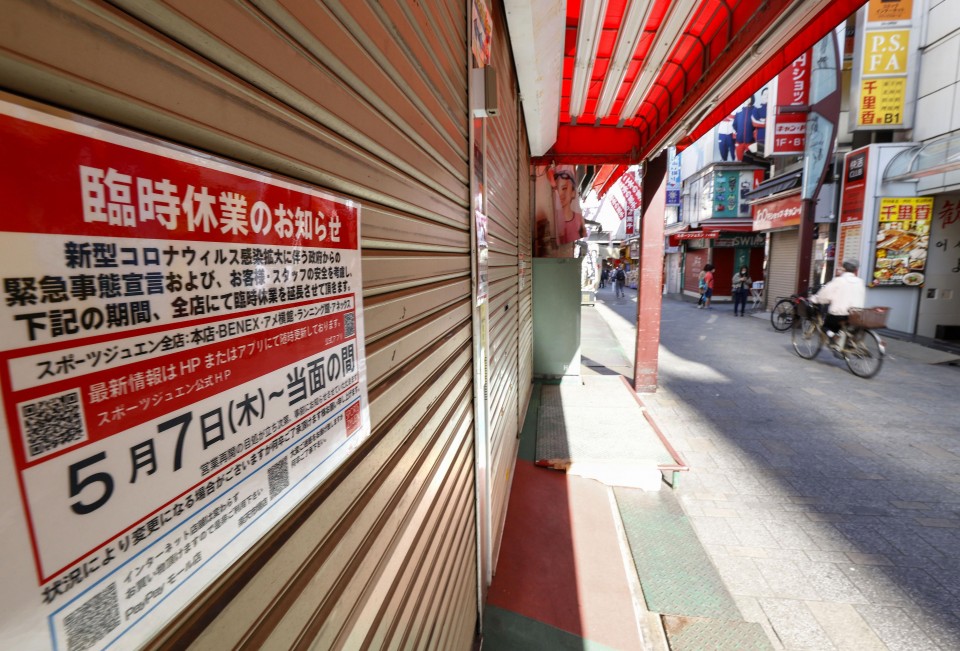 (Stores are closed on a shopping street in Tokyo's Taito Ward on May 8, 2020, amid the coronavirus pandemic)

Japan looks to lift emergency declaration in most prefectures

"We'll try to deliver (the subsidies) to the applicants as quickly as we can," Tokyo Gov. Yuriko Koike told reporters at the metropolitan government office.

Following the extension of the nationwide state of emergency through May 31, the metropolitan government plans to additionally pay the same amount of subsidies to businesses that remain closed until the end of the month.

The Tokyo government has set aside some 96 billion yen in aid and will earmark the same amount for further assistance in a supplementary budget to be deliberated at a metropolitan assembly session through June 10.

The screening process requires businesses to supply posters or copies of website pages announcing the suspension of operations which clearly state the shop name and period of closure.

Hairdressers and beauty salons are not among businesses requested to shut, but will receive 150,000 yen if they voluntarily do so.

The metropolitan government plans to start accepting applications for the additional subsidies after the assembly endorses the extra budget, and to simplify procedures for businesses that applied for the initial subsidies.

The capital has reported the most cases of coronavirus infections in Japan at more than 4,800, with 180 deaths. The total number of cases in the country has exceeded 16,500 -- including about 700 from the Diamond Princess cruise ship that was quarantined near Tokyo in February -- with nearly 650 deaths.